The autonomous yellow submarine is making waves in climate science 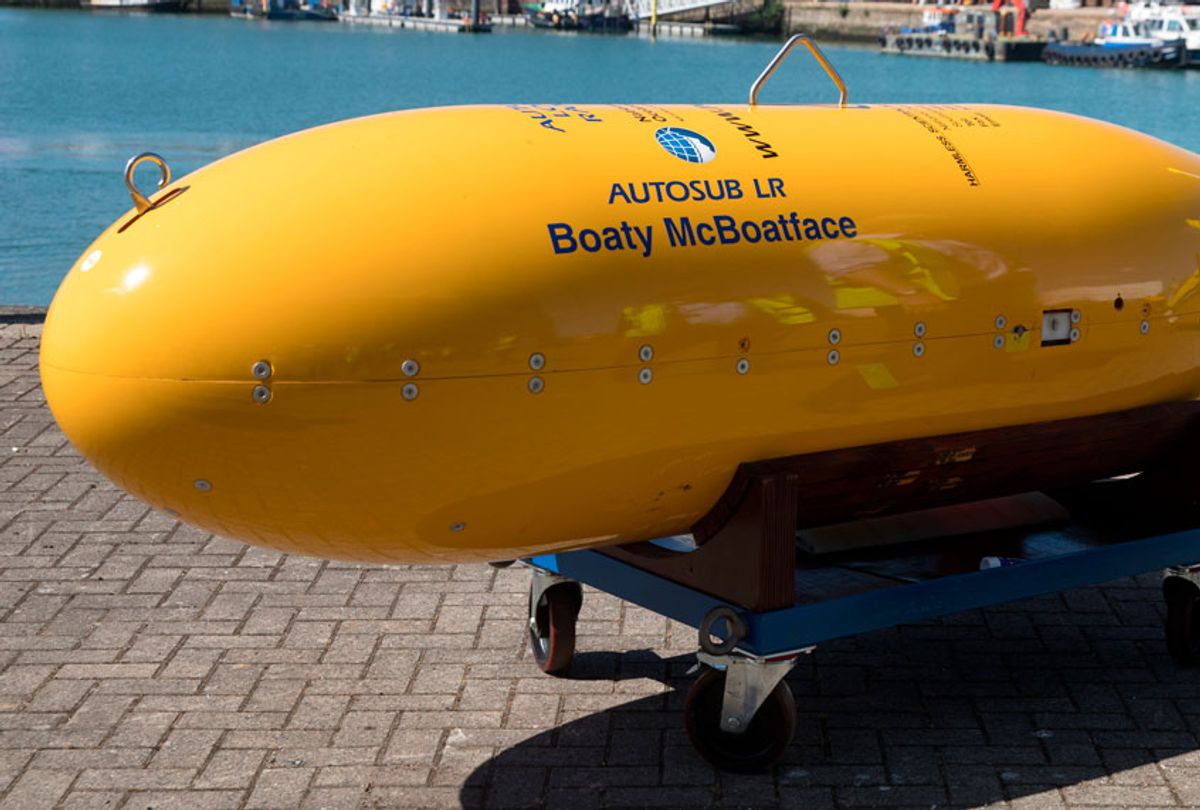 Before being submerged into the depths of the ocean for its first expedition, Boaty McBoatface was already a household name.

In 2016, a naming controversy between UK government officials and the internet for a polar research ship resulted in Boaty McBoatface’s quirky name, which propelled the autonomous yellow submarine to fame. But it turns out Boaty McBoatface will go down in history not only for its charming name and good looks, but also for its first significant scientific discovery, which will help scientists predict rising sea levels in the future.

In April 2017, researchers deployed the submarine to take measurements deep in the Southern Ocean. This week, their findings were published in  Proceedings of the National Academy of Sciences, and climate scientists tell Salon they are a game changer and critical to better understand how ocean temperatures are rising, and what that means for the climate crisis we face.

“This work, including measurements by the autonomous submarine, is relevant to what may be one of the most important scientific issues this century,” Jim Hansen, the Director of Climate Science, Awareness and Solutions Program and the Columbia University Earth Institute, told Salon in an email.

Over the last couple decades, winds blowing over the Southern Ocean near Antarctica have been getting more powerful. Scientists say this is partly because of a hole in the ozone layer above Antarctica, compounded with rising greenhouse gas levels. In order to get a better understanding of how the winds were impacting the environment in the ocean, researchers from the University of Southampton, National Oceanography Centre, the British Antarctic Survey, Woods Hole Oceanographic Institution and Princeton University collaborated to send Boaty McBoatface 4,000 meters underwater in the Southern Ocean. The journey took three days, and Boaty traveled more than 110 miles through underwater valleys.

This journey allowed scientists to discover “a new form of ocean turbulence that enables changing winds around Antarctica to readily change the temperature of the waters in the deepest layers of the world ocean,”  author of the paper, Professor Alberto Naveira Garabato from the University of Southampton, explained to Salon in an email. “The waters then spread to the world ocean by navigating a series of submarine mountain ranges, squeezing through valleys and gaps between the mountains.”

Garabato said when the winds strengthen, the currents carrying these abyssal waters accelerate.

Researchers believe that this ocean turbulence mechanism that Boaty discovered has been a contributing factor to the warming of waters near the seabed, a trend that has been on the rise across much of the world ocean over the last three decades.

“This warming accounts for about 30 percent of all the heat taken up by the ocean over this period, and so is important in mitigating the global atmospheric warming,” Garabato said. “The catch is that our new mechanism is not currently captured by climate models. Thus, in coming years, climate scientists should endeavor to incorporate the mechanism to their models.”

Climate scientists are already taking note of Boaty’s findings and thinking about how to incorporate them into future sea level rise prediction models.

“I am particularly interested because, in our paper "Ice Melt, Sea Level Rise, and Superstorms" we found that increasing freshwater injection into the Southern Ocean (from increased iceberg discharge and melting of the ice shelves) leads to warming of the ocean at depth along the Antarctic coastline,” Hansen told Salon. “This increases the rate at which the ice shelves are melting.”

“Loss of Antarctic ice could result in sea level rise measured in meters later this century and beyond, which is probably the biggest climate threat faced by young people and future generations,” Hansen said. “So we need to understand the large-scale ocean dynamics and small-scale ocean mixing well enough to be sure we have it right in the global atmosphere-ocean climate models.”

Michael Mann, the Director of the Earth System Science Center (ESSC), told Salon via email that  Boaty’s findings are important, and point to an important connection, but that many small-scale processes relevant to tidal mixing are not generally represented in ocean general circulation models.

“So the point that the processes in question are missing from current climate models is really a by-product of the fact that many sub-grid scale mixing processes are missing from those models,” Mann said. “With regard to this larger point, this finding is a concern because it points to one of the reasons that the models have underestimated the rate of ice sheet disintegration.”

Mann added that critics often claim that climate scientists are “alarmist and have overstated the risks.”

“But the reality is—and this is a case in point—that if anything, we have underestimated key risks like sea level rise because our models were missing processes that can actually lead to a faster rate of ice loss and sea level rise,” Mann said. “The take-home point is that uncertainty exists—but it is not our friend. As we continue to resolve key uncertainties, we’re learning that bad things can happen faster than we had originally predicted.”