CSAs: The secret weapon of the lazy foodie

Meal-planning is hard but those meal-in-a-box services are boring. Joining a CSA is the best of both worlds 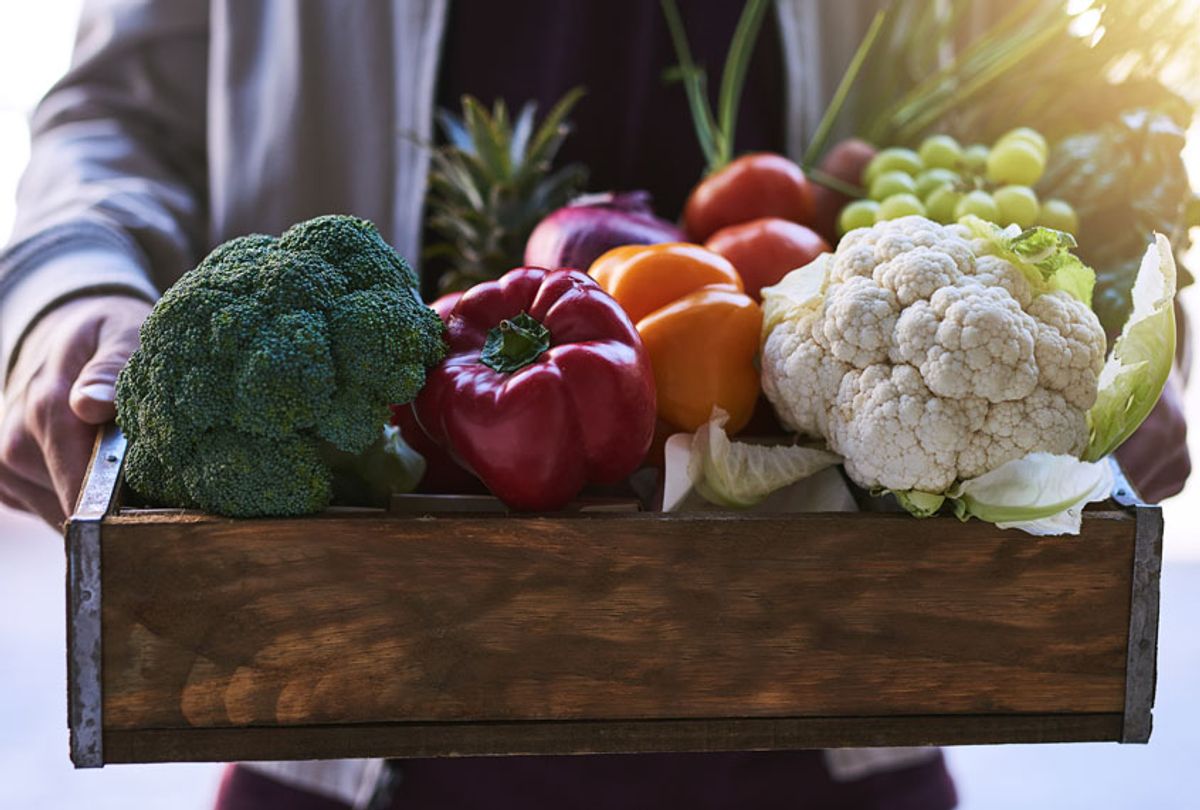 Being a member of a CSA (community supported agriculture) program means answering a lot of questions, both from friends and passers-by who are curious when they see groups of people organizing vegetables in a public setting that is not a market. Most questions are elemental: What is a CSA? (A program where you buy a share of a local farm in exchange for weekly deliveries of what they cultivate.) How do you join one? (Usually through an online form.) How much food do you get? (Depends on the size of your share.) What kind of food do you get? (It's fiercely seasonal and entirely dependent on that week's harvest.)

But once those preliminaries are out of the way, the biggest question I get is a more emotional one: Isn't it hard to cook that way?

Trust me, it's a reasonable question. Being a member of a CSA means getting a box of predetermined fruits and vegetables (though many also allow members to buy shares of everything from eggs to cheese to beer) every week, and either you find a way to cook the food or it will go to waste. A lot of the time, the vegetables are unusual and it may not be immediately apparent how to work with them.

Mostly, however, the CSA process feels daunting because it's the opposite of how most people approach cooking. Typically, people determine what they plan to make and then go to the store and get the ingredients. The CSA flips that process on its head: First, you get the ingredients, and then you figure out what you're going to do with them.

No wonder many people are intimidated by CSAs and think of them as strictly being for leveled-up foodies, the kind of people who know what all those fancy French cooking terms are and actually bother to "plate" their home-cooked meals.

But, after years of being in a CSA, I can say the opposite is actually true. My experience is that the CSA is the secret weapon for people who, like me, enjoy cooking but are also kind of lazy. I may have first joined a CSA because of peer pressure and curiosity, but the reason I have stuck by it all these years is that being in one has made my kitchen life significantly easier. So much so that, when winter comes and the CSA season is over, I'm often bereft and wondering how I'm going to manage cooking without it.

When most people think about what makes cooking hard, they think about the specifics of preparing any one meal: What techniques you use, how well you time the various aspects of the preparation, how to season something. But mostly those concerns are overrated, especially if you follow the time-honored lazy cook tradition of avoiding all recipes that read like car stereo manuals and sticking to stuff that's more in the vein of "apply heat, serve with rice".

No, the hardest part for the semi-lazy cook is the tedium of meal planning itself. Picking up a cookbook and leafing through it to find ideas for meals sounds great in theory, but in practice, it tends to induce option paralysis. It's easy to get overwhelmed by the infinite number of choices and, in a panic, throwing the book aside and deciding to get take-out instead.

Being in a CSA fixes that problem for those of us who react to too many choices by freezing up. The box of vegetables creates a set of guidelines and goals that make meal planning significantly easier.

No longer do I need to struggle to find an answer to the question of what, out of nearly infinite options, I will make for dinner tonight. Now the question is more concrete: What am I going to do with this cabbage?

(The answer this week was longeveity noodles.)

This hard limit on my choices has, ironically, had the effect of making me a more adventurous cook. Part of that is simply because I've had to learn how to work with ingredients that were previously unknown to me. (Hello, kohlrabi!) But a lot of it is because the limiting factor of pre-set ingredients makes it easier to take a second look at recipes or explore ideas I might have otherwise not considered.

When I impose a hard limit on what recipes I'm looking at — by either going to the index of a cookbook to see what options there are for "beets" or putting a search term in a cooking app like Epicurious — I find that I'm reading recipes I might have otherwise overlooked. Non-CSA member Amanda would have never made  beet burgers, but Amanda who has some beets she has to use up decided to give it a go and found it wasn't that hard.

The seasonal nature of CSAs creates added incentive to get creative with ingredients. The first time I got leeks, of course I made a potato leek soup. But the second time, which was just the week after, I started exploring some of the less well-known uses of leeks, such as with gratins or with a baked polenta.

But even when, as most busy-and-semi-lazy cooks will do, I find myself resorting to go-to recipes like stir fries or tacos, the need to use up the CSA vegetables means doing twists on these dishes that I hadn't considered before. This week, for instance, I used thinly sliced raw hakurei turnips on black bean tacos, which adds a pleasantly crisp and peppery taste to an otherwise standard bean-and-cheese-with-salsa lunch for me. Or, with a surfeit of blueberries in the CSA box, I started pairing them with cucumbers as a surprising but tasty salad topping.

Above all, the seasonal nature of the CSA fixes the hardest problem of all for home cooks, which is variety. Shopping at the grocery store makes it all too easy to rely year-round on standard options, like broccoli. But with a CSA, what you get shifts over time. Even if a member only makes stir fries, at least it's a different variety of stir fry every week, as the box this week might have leeks and bok choi, while next week it's going to be zucchini and eggplant.

Being in a CSA scratches that same itch for me that subscription boxes that sell make-up or clothes do, by giving me a thing I want while reducing the stress of having to figure out what it is that I want. CSAs are a happy middle ground between the typical meal-planning methods and those meal-in-a-box services like Blue Apron that take all autonomy and creativity away.

Plus, I learned I like cabbage a lot, and that's the kind of self-discovery I'd have never gotten in the aisles of the grocery store.