Testing on stem cells in petri dishes may be revolutionary

Remember the Ice Bucket Challenge? This is even more exciting for ALS patients. 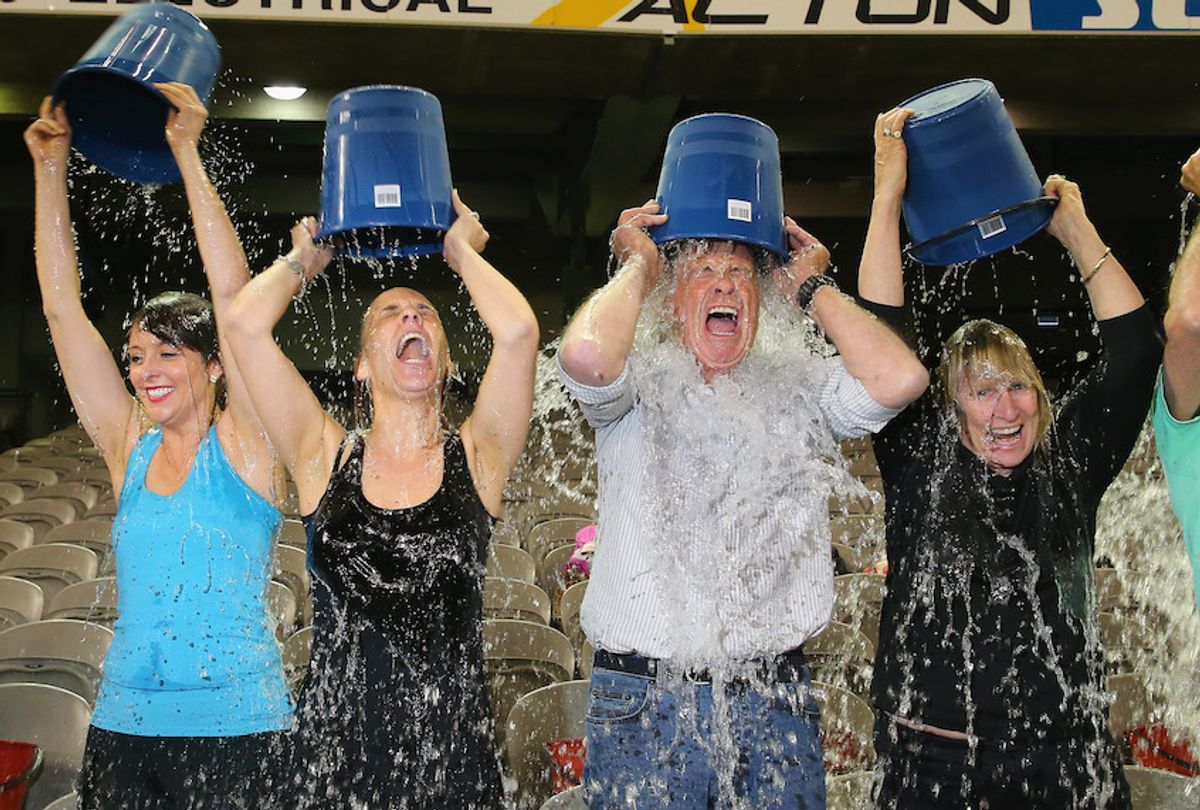 In the summer of 2014, the Ice Bucket Challenge went viral. Videos of people pouring buckets of ice and water on their heads exploded across Facebook and Twitter. But beyond a viral trend, the challenge morphed into a campaign to find a cure for Amyotrophic Lateral Sclerosis, or ALS.

ALS is a devastating, incurable neurodegenerative diseasecharacterized by progressive paralysis that takes patients’ lives in as few as 2-5 years. The online campaign generated massive awareness and funds for ALS research, which is important because, until recently, little has been known about both the genetics and mechanism of disease.

This is because the type of cells involved in ALS — called motor neurons — are difficult to study. Motor neurons are a type of nerve cell responsible for movement within the body. In ALS, these cells slowly die, leading to progressive paralysis. Motor neurons are impossible to study in a live human since a biopsy would lead to irreversible nerve damage. Therefore, scientists knew that these cells were dying in patients with ALS, but had no way to determine how.

In a study published in Nature Medicine in 2018, researchers developed a strategy for creating proxy nerve biopsies of ALS patients. They made patient-specific motor neurons in a dish and induced them to mimic the symptoms of ALS. They found that the dish-derived motor neurons died faster than motor neurons from healthy patients, and that they had the same cellular characteristics seen in post-mortem samples.

The researchers made these proxy nerve biopsies using a technique called “cellular reprogramming”. First, they took adult skin cells from ALS patients and grew them in a dish. Then, they delivered a set of molecules (called “Yamanaka factors”) that directed the skin cells to turn back into stem cells. Stem cells are a kind of “square one” for cells in the body – they are a “stem” that can “branch” off into other kinds of cells. Finally, scientists turned those stem cells into nerve cells. Since those stem cells came from an ALS patient, these new nerve cells mimicked the conditions of nerve cells sickened in an ALS patient.

The researchers then performed a drug screen on the dish of ALS-afflicted cells to see if they could identify a compound that would extend the life of ALS patient motor neurons. They delivered a library of 800 different drugs to the cells and measured their lifespans. Of these drugs, one particular drug increased the lifespan of ALS patient neurons to that of healthy motor neurons.

The drug the researchers identified (which they call “PIKfyve inhibitor”) had previously been used to target inflammation, but had never been tested for patients with ALS. PIKfyve inhibitor works by increasing the size and number of lysosomes, which are parts of the cell that clean up waste and debris.

To further investigate how the drug worked in ALS cells, the researchers used microscopes to look inside the cells. They found that toxic protein clumps clogging up diseased cells were reduced. These cells also had increased cellular machinery to dispose of and clear cellular waste. Delivery of the drug in live mice showed the same cellular effects, suggesting that this drug may have therapeutic potential for ALS.

“I think this is going to increase our success rate in finding drugs that are efficacious against a historically difficult to treat disease like ALS.”

In an interview, Justin Ichida, the principal investigator of this study, emphasized that this is the first step to discovering drugs that will work in patients. “This is really a prerequisite for any drug to work in a patient,” Ichida told me. “For the first time, we’re able to find drugs that [correct the disease in neurons] before we test them in real patients. I think this is going to increase our success rate in finding drugs that are efficacious against a historically difficult to treat disease like ALS.”

But beyond ALS, this strategy is a testament to the use of stem cells to model disease. “Most people know about using stem cells as a cell therapy, where you would actually inject them into the body and they would form a tissue that needs to be replaced,” says Ichida, “but this method of using them to discover drugs is incredibly powerful.”

In fact, using stem cells as cell therapy has come under fire recently, with critics of stem cell biology noting that not a single cell therapy using stem cells has been approved by the FDA for treatment of disease. Criticism has been especially harsh in California, where lawmakers plan on placing a proposition on the ballot in 2020 to provide $5 billion in funding for stem cell biology. This comes after California’s proposition 71 in 2004, which allocated $3 billion to stem cell research and has yet to result in a cure.

But perhaps the lack of cure has been due to the focus on using stem cells as cell therapy, rather than for modeling disease. As Dr. Ichida notes, stem cell modeling has the potential for revolutionary therapeutic development. “The advantage of what we have is we have a human model of a disease, which is much more accurate in certain ways than the sorts of animal mimics we have had in the past,” he says. “In mice, you are very limited in the number of drugs you can test. In a human cell model, you could test thousands or millions of drugs.”

This increased scope of drug development is what makes Dr. Ichida hopeful about this application of stem cell biology. “We can now say, ‘I admit that I really don’t know what the best pathway is going to be to rescue the loss of these nerve cells,’” he says. “Instead, I’m just going to screen all pathways. The stem cell technology that is happening is revolutionizing the way we discover drugs.”