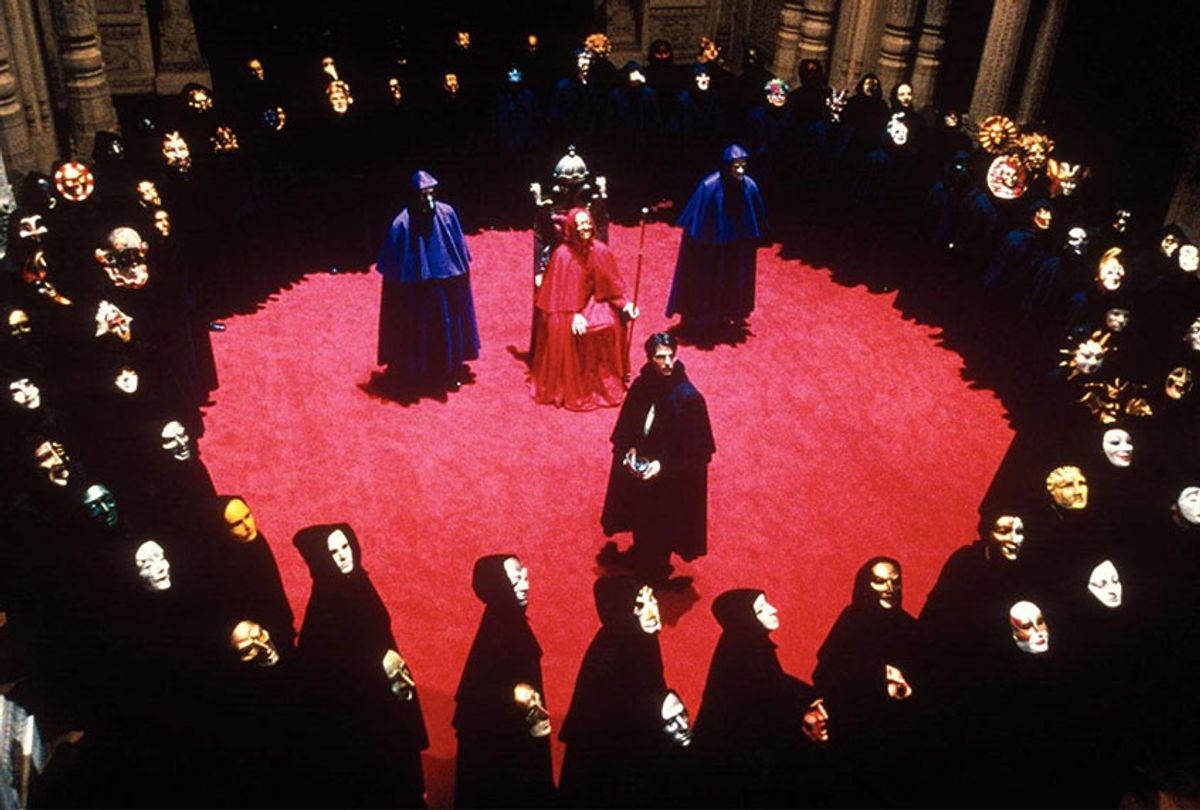 “It was Cate Blanchett!” Vitali said of the voice. “We wanted something warm and sensual but that at the same time could be a part of a ritual. Stanley had talked about finding this voice and this quality that we needed. After he’d died, I was looking for someone. It was actually Tom [Cruise] and Nicole [Kidman] who came up with the idea of Cate. She was in England at the time, so she came into Pinewood and recorded the lines.”

Blanchett was a rising star during the “Eyes Wide Shut” post-production phase. The actress was coming off a breakout performance in 1997’s “Oscar and Lucinda” and then a star-making leading role as Queen Elizabeth I in Shekhar Kapur’s 1998 royal drama “Elizabeth.” The film earned Blanchett her first Oscar nomination.

“When all the other girls left, I was in this amazing position of being able to work with two incredible artists,” Good said, “I was on the set with Tom and Stanley, finding things on our own. Stanley asked my opinion a lot. Me and Tom were among the last people he ever filmed.”

Head over to Vulture to read the “Eyes Wide Shut” oral history in its entirety.