Eve Ensler on men and #MeToo: "I have never heard a man publicly, authentically, deeply apologize" 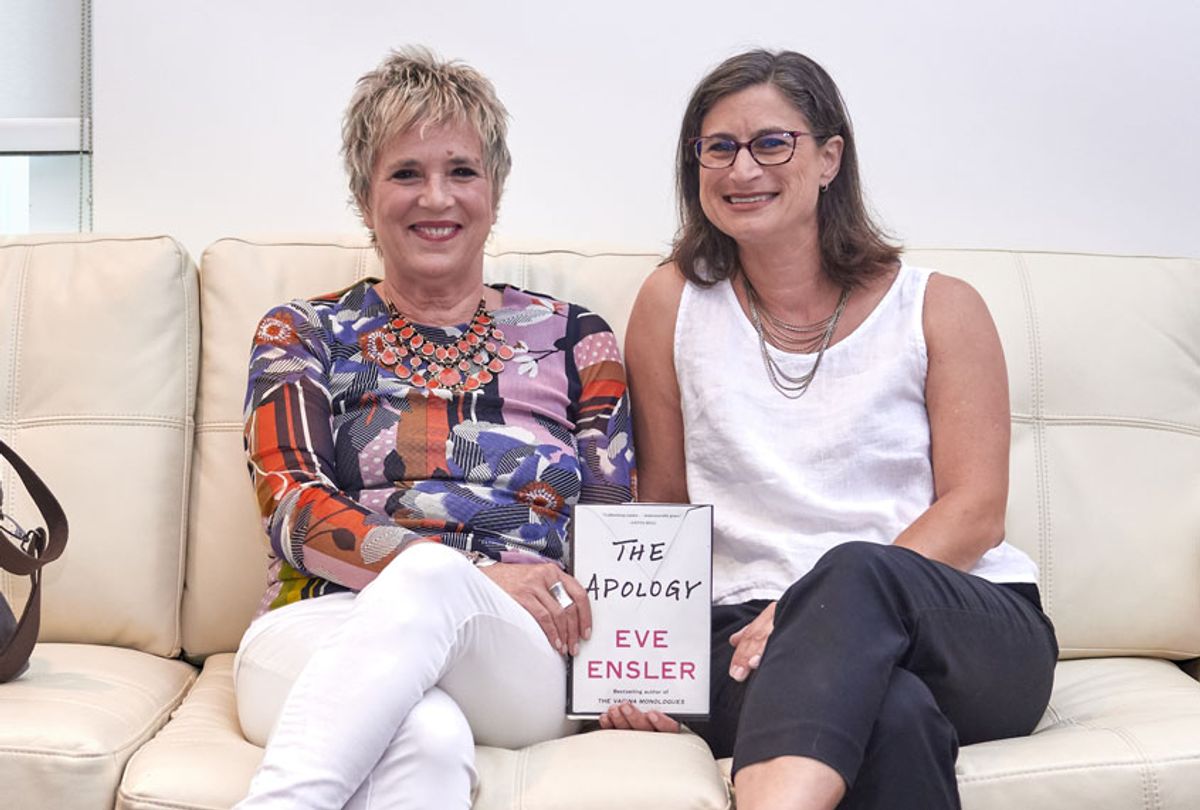 Eve Ensler is famous for breaking silence by asking provocative questions. In her taboo-breaking play "The Vagina Monologues," women perform a series of soliloquies dedicated to their most private of parts while asking the question: Why is talking about vaginas taboo in the first place?

That simple question broke open a groundswell of awareness and conversations about our attitudes toward women’s sexual health and bodily autonomy. Since its premier, "The Vagina Monologues" has been translated into 140 languages and inspired the creation of V-Day, a global platform to end violence toward women. Ensler has received numerous awards, including the Isabelle Stevenson Tony Award, a Guggenheim Fellowship in playwriting, an Obie and Glamour’s Woman of the Year.

Now, 21 years after the premier of "The Vagina Monologues," Ensler has written a book that asks more silence-shattering questions: Why is it so hard for men to apologize to the women they have harmed? How can survivors come to terms with trauma when their abusers refuse to admit the pain they have caused?

In "The Apology," Ensler imagines her father writing a confessional letter to her from a place beyond death, seeking forgiveness for the harm he has done her. Through his eyes, we trace his abusive behavior to its origins in a childhood that left him broken, while providing unblinking accounts of the physical and sexual abuse Ensler experienced while growing up in her father’s house.

“I think all my childhood, I dreamed that my father would apologize to me,” Ensler told me in our latest live interview at The Commonwealth Club. “I sort of thought that moment will come. I actually wrote him apology letters because I was always wrong and always bad and it was always expected of me. But I think there was also a part of me that thought if I wrote him enough apology letters, he'd get the idea and he'd write one back. And then he died. And so he's been dead for 31 years. But still, the yearning for the apology has always been there.”

Ensler isn’t alone in waiting for an apology that will never come. Most mental health professionals can tell you that abusers are in a perpetual state of denial, and rely on gaslighting their victims to continue the cycle of abuse. To admit the wrongs they have done would mean coming face-to-face with the kinds of people they really are and the true nature of the pain they have caused.

“Having been an organizer and an activist for 21 years, my whole life really, in the movement to end violence against all women and girls, I've watched women tell their stories, break the silence, come out bravely and tell hearts and souls and risk humiliation, risk attack,” Ensler told me. “And in all that time, I have never heard a man apologize publicly, authentically, deeply for what he's done. And in the recent iteration of the #MeToo movement, I have never heard a man publicly, authentically, deeply apologize. So I started to think, why is that?”

Ensler sees the refusal of abusers to apologize to women as a symptom of a deeply ingrained patriarchal system that forces boys and men to distance themselves from emotional vulnerability.

“I think part of what we have to look at is, why are we separating our boys from their hearts?” Ensler told me. “Why are we creating idealized images of them, of who they're supposed to be when they're actually just brilliant who they are? They're tender and they're funny and they're wise and they're full of sparkle. And if they want to wear pink, let them wear pink. And if they want to dress with fairy wings, let them dress with fairy wings.”

The fear of vulnerability and authenticity, and of feelings, in a patriarchal culture, leads to misogyny, Ensler says.

Ensler believes a true, heartfelt apology holds power that goes beyond healing: it has the potential to be revolutionary.

“Once one man apologizes and admits he knows that he's wrong and he knew what he was doing was wrong, the whole story of patriarchy begins to crumble,” Ensler says.

Ensler has set up a website that offers a guide for people to write in apologies to their victims or write apologies as their perpetrators to themselves. Ensler told me, "this is an offering, not a prescription. I knew for me, I was at a point where I had anger left that was poisoning me. I was still living with my father's story. And I wanted to be living in a different story."

Listen to my conversation with Eve Ensler, award-winning playwright, activist and author of "The Apology."