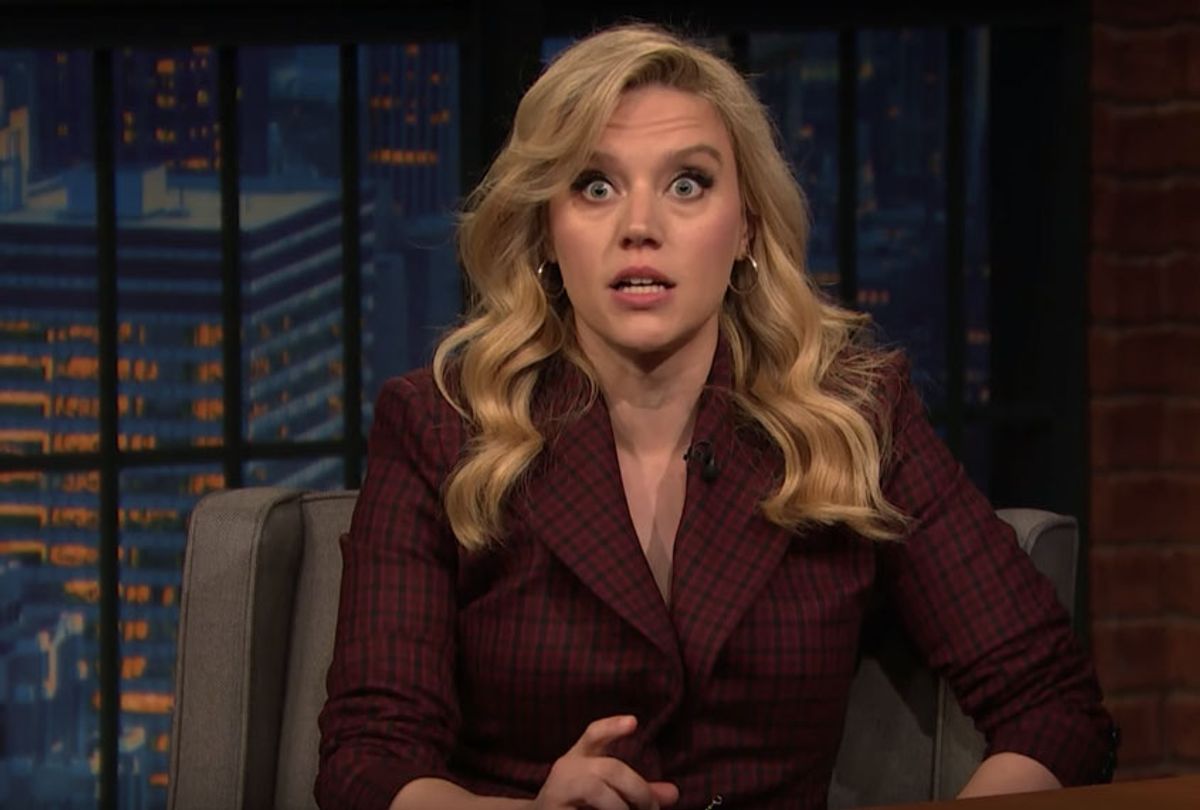 As part of the “Late Night with Seth Meyers” live post-presidential debate recap, friend of the show Kate McKinnon swung by to offer some thoughts on the second night of Democratic candidates. Sensing the already-rising demand for some material on one of Thursday night’s breakout participants, author Marianne Williamson, McKinnon delivered a few off-the-cuff lines in character.

As good as it is already is, this may be the last time McKinnon gets a chance to deploy it in public. Not only is the next “SNL” episode months away, if it’s in any debate/presidential race context, McKinnon’s already locked up playing Elizabeth Warren for the foreseeable future. (Here’s a “Late Night” challenge for later in the month: Have Cecily Strong on to try her impression out, too.)

In the meantime, the opportunity window for Williamson jokes will undoubtedly shrink faster than one for Christine O’Donnell jokes. (Remember that long-ago point on our country’s political timeline when the faint whiff of an allegation of dabbling in witchcraft could sink someone’s career? Good times.) But McKinnon’s no stranger to having to come up with versions of political figures who may not be long for national spotlight. After all, she did once do a pitch-perfect Jeff Sessions on the show. (The secret’s all in the eyes, apparently.)

Read more IndieWire: Seth Meyers Is Not a Cuck. But He Is King of 'Late Night.'

The rest of “Late Night” also featured another edition of the show’s ongoing feature “A Closer Look.”  Clocking in at a whopping twenty minutes (which, if it isn’t a record, has to be pretty close), the segment gives a decent overview of the debate circus. There’s some context against the backdrop of the insanity of the 2016 debates, a brief check-in with a number of the individual candidates, and a few bonus jabs at different personalities within the NBC family. (Chris Matthews is never immune.) Plus, there’s a solid Rowan Atkinson bit in there, to boot.

Watch the full overview of the would-be presidential madness below: