Pass the salad: Prehistoric crocs may have been less mean and more herbivorous than their modern counterparts 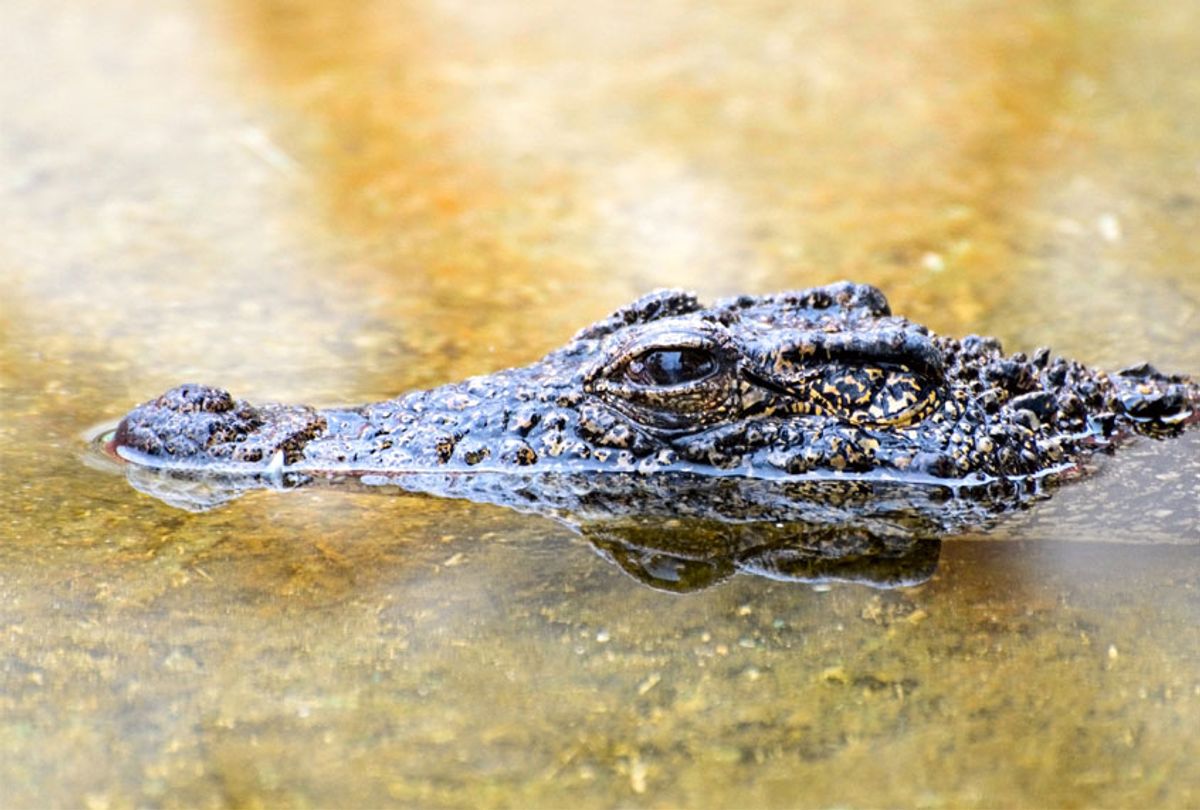 Just when you think you know someone, they turn out to surprise you. Alligators and crocodiles are much-feared carnivores who kill at least 1,000 people a year, according to the Gates Foundation. Yet new research suggests these toothy reptiles' ancestors may actually have preferred to eat plants at some points in their 200-million-year evolutionary history. Indeed, it turns out that during the Mesozoic Era, when some crocodile relatives were semi-aquatic ambush predators, others lived on land and had more omnivorous palates.

New research published in Current Biology provides more evidence that the ancient group in which modern reptiles descended from, known as crocodyliforms, adapted both omnivorous and herbivorous diets. The authors of the paper, University of Utah grad student Keegan Melstrom and Natural History Museum of Utah Chief Curator Randall Irmis, reached this conclusion after conducting a thorough analysis of fossilized crocodyliform teeth. In total, their team of researchers studied 146 fossil teeth from 16 different extinct species. Using high-definition, three-dimensional tooth mapping with help from other institutions, researchers were able to get a grip on the diets of ancient crocodyliforms.

“We see all these tooth shapes in the history of reptile evolution, and some of them are fairly straightforward, but others just have no comparison,” said Irmis in a Natural History Museum of Utah press release.

Researchers then took highly-detailed digital scans of the different teeth and analyzed them through a method called Orientation Patch Count Rotated (OPCR), which "quantifies complexity of the occlusal dental surface in distantly related animals," as the paper explains. In essence, OPCR  treats the teeth as miniature mountains and measure how topographically intricate each tooth is. Previous studies have shown that the more complex a tooth is, the more plant material the animal eats.

“Some of the crocs that people thought were strict herbivores are more likely to be insectivores and omnivores,” Irmis noted.

There were some surprises. A crocodile called Notosuchus from Argentina was thought to be an herbivore, “but my work strongly suggests it’s a carnivore,” Melstrom said.

The results provide more insight into how an environment affects evolution, but not in the way one would think. For example, it is not always the case that herbivorous reptiles evolve in environments where herbivorous mammals are absent, to fill a niche.

“What this says to me is that you don’t need a single special environment for this to happen... It’s something that’s a dietary strategy that’s really successful," Melstrom noted.