A bad-faith campaign wants to smear Sen. Harris as "not an American black" — but the focus should be on her ideas 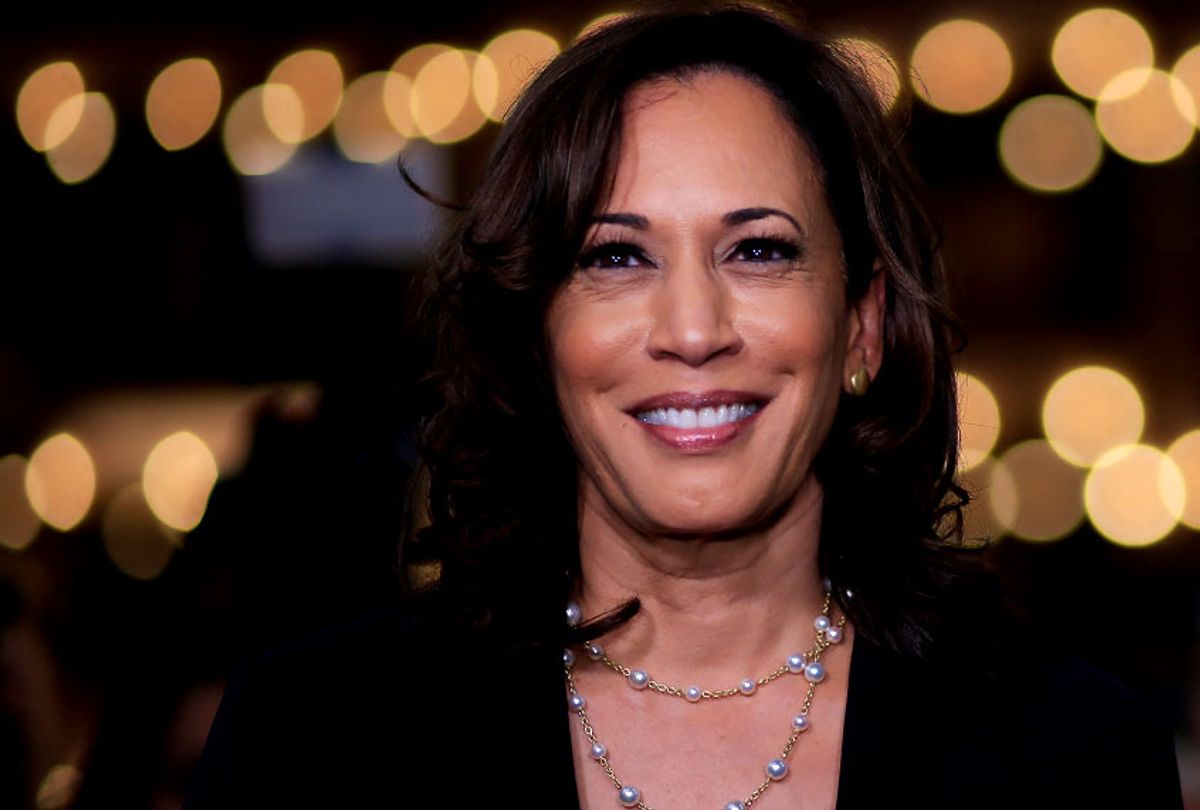 I don’t care how black Sen. Kamala Harris is, and neither should you.

A confident Joe Biden poked out his chest and rolled up in the first major Democratic national debate last Thursday as the party’s front runner, polling at 32%. And why not? He looks presidential, spent decades in the Senate and was President Barack Obama’s vice president for eight years. Sen. Bernie Sanders was the runner up coming into the debate with 19% as the rest of the candidates were still trying to find their footing.

Last Thursday's debate was the second of the week, and predictably, it turned into a shouting contest between the 10 contestants on stage. The part of the night where one contender shines, creating the moment that everyone will go on to talk about throughout the news cycle that follows and all the way up until the next bout? That moment belonged to Harris when she stared Biden down and said, “As the only African American on stage, I would like to speak.” Harris continued:

"And I’m going to now direct this at Vice President Biden. I do not believe you are a racist. And I agree with you when you commit yourself to the importance of finding common ground, but I also believe — and it is personal, and it was actually very hurtful to hear you talk about the reputations of two United States senators who built their reputation and career on the segregation of race in this country. And it was not only that, but you also worked with them to oppose busing. And you know, there was a little girl in California who was a part of the second class to integrate her public schools, and she was bused to school every day. And that little girl was me. So, I will tell you that, on this subject, it cannot be an intellectual debate among Democrats. We have to take it seriously. We have to act swiftly. As attorney general of California, I was very proud to put in place a requirement that all my special agents wear body cameras and keep those cameras on.”

Setting it all up by beginning her attack with “I do not believe you are a racist” was a masterful way to call Biden a racist without actually calling him a racist. The stunt, which became an extremely key part of Harris’ successful debate performance, earned her a nine-point polling bump, while Biden took a 10-point dip after the debate, according to a CNN Poll. The latest Quinnipiac poll has her just two points behind Biden now.

Internet trolls instantly made attempts to rain on Harris’s parade by attacking her blackness. A collection of bots or otherwise suspicious accounts shared tweets that all amplified similar messages, one being "Kamala Harris is *not* an American Black. She is half Indian and half Jamaican." That message made it all the way up to Prince Troll Donald Trump Jr. himself, who shared a tweet with that sentiment with a comment — “Is this true? Wow.” — before deleting his retweet.

"Don's tweet was simply him asking if it was true that Kamala Harris was half-Indian because it's not something he had ever heard before," Andy Surabian, his spokesman, told The New York Times, "and once he saw that folks were misconstruing the intent of his tweet, he quickly deleted it."

Surely Don Jr. didn't just want to amplify the idea of Harris not being black enough to his farther's brain-dead supporters, giving them a new talking point to suck the steam out of Harris' surging support?

And surely this tweet campaign isn't trying to exploit the hurdles she still has to clear if she's going to win over various pockets of African American voters who have issues with her or her record, not all of whom overlap in their concerns? I'm not saying these are all my issues with Harris, nor that they are all fair. But let's not pretend they don't exist:

Black people are not monolithic. Some of us want weed to be legalized and some of us don’t. Many of us marry white people and live happily ever after. Some don’t want or need reparations. Just like Harris and Booker, some black people will never be cool. Expecting her to mark off every item on the Black Candidate Checklist is the reason why these goofy claims like “Is she black enough?” have the space to exist, and they shouldn't.

Hasn't history taught us that pandering to people of color doesn’t always get real results? Exhibit A:

Remember when Bill Clinton threw on the shades and played the sax on Arsenio Hall's show? He had every black woman on my block swooning.

This is the same president who gave us the Crime Bill in 1994 which included the three-strikes law, funding to bulk up police departments, and $9 billion to build the jails where many of my family members and friends are still housed. Clinton’s bill shored up a racist system that contributed to African American genocide through mass incarnation, and he and his wife defended it all the way up until it became politically unpopular to do so.

And hope and change didn’t exactly happen under the Obama administration for all of us, either. African American districts still lack funding, we're still suffering from mass incarceration, and I still hear my mom fuss about the same things that have been pissing her off since the Reagan years, despite the fact that she loved to defend Obama by claiming, "You know he can't do that because he's black. If he does too much, they'll never allow a black person to be president again."

I've never heard anyone say that a white president had restricted powers. And really, who wants a lame duck president who can't fully flesh out their agenda because they are black, or Asian, or gay, or a woman? How unbelievable would it be to say that we have a president who only created programs to help poor black people because she is black and no other reason? Imagine how transformative it would be instead. After all, our current president wears his whiteness like a coat during January in Chicago, and only looks out for the rich because he is rich.

So let's stop wasting time on Harris' ethnicity and focus more on her ideas and her likelihood of following through on them if elected. I’m not the black spokesman, nor am I trying to be. However, I think many African Americans feel the same way that white Americans, Asian Americans, Latinx Americans and every other group in this country does when it comes to electing a president­­­­: We want to elect someone who is going deliver on their promises, whatever they are, not a phony who puts out half-baked ideas for attention and then abandons them. A person who campaigns on fixing the economy should then fix it. A person who pledges to stop the evil that is happing at the borders with the separation of families should then stop it. Voters like me don’t care if that person is as white as rice or as black as Pepsi. We just want we paid for — we want results.