How I knew I could cook: It's easy, if you're born to it

If in your heart you know you're an untalented cook, you may be right. It is possible you always will be one 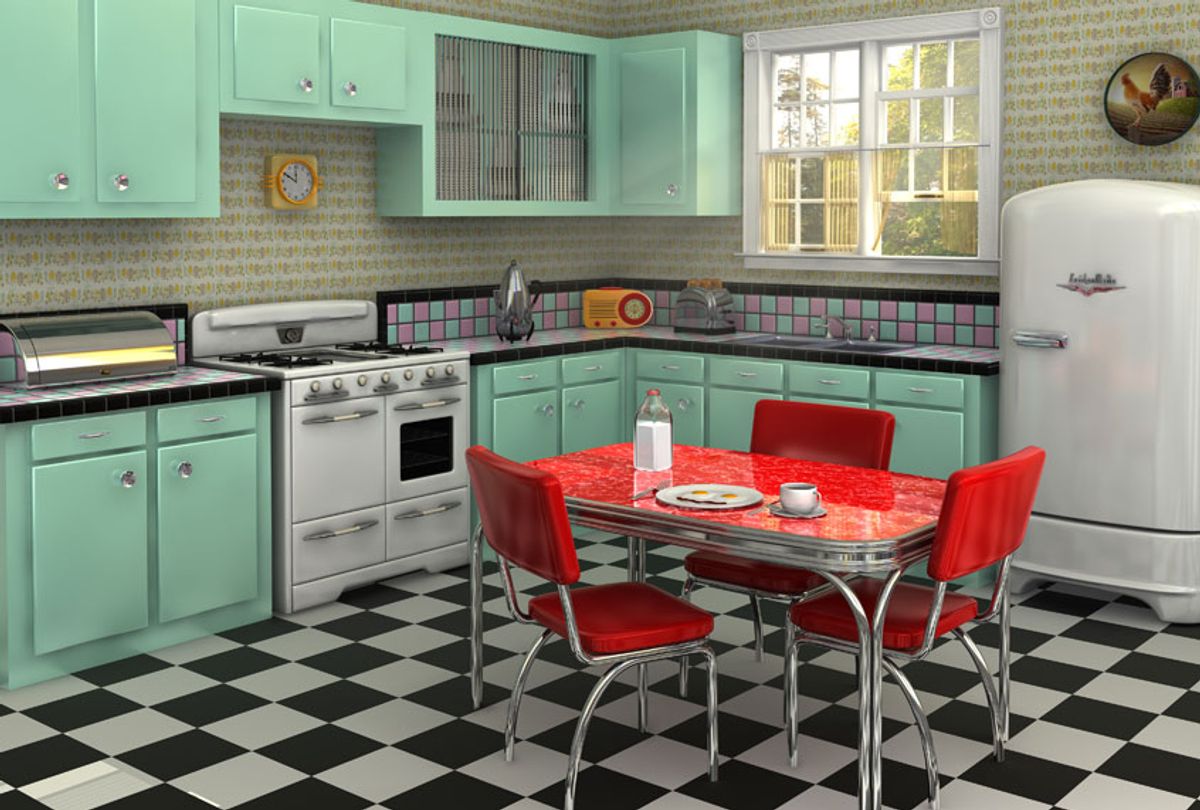 I am always fascinated to hear people talk about the moment when they knew exactly what they were capable of doing — what, in essence, their reason for living is.  My friend Frank, at the age of 11, realized that he had to be a writer. He was so excited, so overcome by the rightness, the inevitability of his future life that he went out into the back yard of his family home and whacked fly balls until his hands bled. I would have thought he would have picked up a pen and written a poem or a short story but men’s brains, I have learned, work very differently from mine.

The TV late night host and actor James Corden recently recounted the moment he knew he had to be an actor. Naturally, it came after seeing a play. All these years later, there he was misty-eyed and in awe of that blinding clarity. I wasn’t a kid with any apparent natural abilities. I couldn’t do the splits, which now doesn’t seem that important, but back then it was one of those markers. Split doers? Great lives. Non-splitters? Destined, without a doubt, not to be picked for teams, to be dateless for dances, and have, ultimately, a lousy life. None of those things happened to me, but it was the beginning of an understanding that either you could do something great like the splits or making it all the way across the monkey bars, or you couldn’t. You might learn, you might gather all your energy and struggle across, but you will never do it with any monkey grace.

By 12, I still wasn’t showing an acumen for anything. Not skating (a sin in Canada). Not swimming, even though I was given lessons. My father insisted after he saw me doggy paddling around the lake, a graceless exercise that was punctuated by a few worrying dips below the surface. “Christ, the bloody child will drown.”  I couldn’t draw. Wasn’t neat. Or charming. And, I screwed up every joke I tried to tell.

Adolescence was right around the corner, and I was getting worried. Where was my moment?

It came in history class during the end of my first year in high school. In Quebec and I think in the rest of Canada there’s no middle school. You go directly to high school which is pretty great because right away you are surrounded by older students, many of whom had had their moment even if it was only the revelation that they looked totally cool smoking.

My history teacher was suffering from burnout. I know this because she had stopped grading our papers and would just mark the top of the page with a check. None of us kids knew what it meant. Was she merely acknowledging that she had read it? Or, was she pleased with our shoddy efforts, however unlikely that seemed?

We also saw a lot of movies. She’d cue a film up at the beginning of the week, and with each class, we’d watch a little more. I don’t remember the name of the film, but it was about Henry VIII. Now I’m sure this is apocryphal, but until Hilary Mantel's hyperreal rendering of Henry’s court, you’d be hard pressed to find any portrayal of the King where he wasn’t ripping bites out of whole chickens before tossing the carcasses into the fire.

I was transfixed. All that ripping and throwing! I swooned at the idea of cooking something so sensual, something that a man would want to sink his teeth into, something that left your lips glistening with fat. I carried the image of that fat king supping on poultry around for weeks, which in hindsight was probably was a stand-in for real sex.

But I had had my moment! Though it was still a bit vague, more like an epiphany than a game plan. That all changed when the second lucky thing happened to me. My parents divorced.

Overnight we went from a fairly traditional family, dinner on the table by eight, all of us eating together, to my mother handing me the keys to my own little fiefdom. “Darling,” she said, “could you make a little something for you and your sister. God knows when I’ll be home.”

Each week she would give me $100 (Canadian) with which I could do the weekly shopping, including the booze. Incredible as it seems now, there I was, all of 13, sashaying into the Liquor Commission, where an ancient man who knew our standing order would slide a jug of vin ordinaire and a bottle of vodka across the counter to me. The way I saw it, if I was going to be the defacto wife, I certainly was going to be a defacto drinker too. Some reading this might be screaming child neglect. Wrong! I am a firm believer in throwing a kid out into the world. They’ll learn quick enough.

So with a wine diluted with a touch of water by my side, I’d set about making dinner. How? How did I know what I was doing? When my father was at home — and often the cook, since I think he found my mother’s cooking a little crude, which it was — I certainly never helped him, never watched as he chopped, sautéed or grilled. And yet, there I was lifting the skin of a chicken, salting it liberally, before popping it into the oven. There I was splashing red wine into a spaghetti sauce or making a homemade chicken liver pâté with deeply wilted onions, which I would purée in the blender before smearing it on toasted wheat and soya bread for my kid sister.

I have a friend who lives in Paris, Jeff, whose mother Gretchen is one of the greatest cooks I have ever met. After she retired from a long career as a  biologist, for a time she gave cooking lessons. When last I visited, we sat chatting in her French country kitchen as she arranged whole quails into a pan of browned butter. I got the impression that on the whole, she found that her students had been a bit too literal for her taste. They wanted measures, quantities, qualities, and most of all, cooking times. “What could I tell them? Except, when it’s done, it’s done,” she said

Of course, measures, weights, and times are necessary, but I remember the first time I opened the oven door to look at my chicken. Instinctively, I gave the leg a slight shake. By feel alone, I knew it needed a few more minutes. Listening, smelling, touching, all these give me a great sense of power, a rarity in this life. And I ascribe all this to my moment. Of course, billions of people cook every day, and they never had a moment, and they would probably think me nuts. But to have that secret concord with the alchemy of cooking that’s something otherworldly, unexpected. Without it? You are just hanging on for dear life as you cross the monkey bars.