This was the hottest June in history, and summer is just getting started

If sometime during the past month you thought, “Damn, it’s hot!” then congrats, your body knows what's up 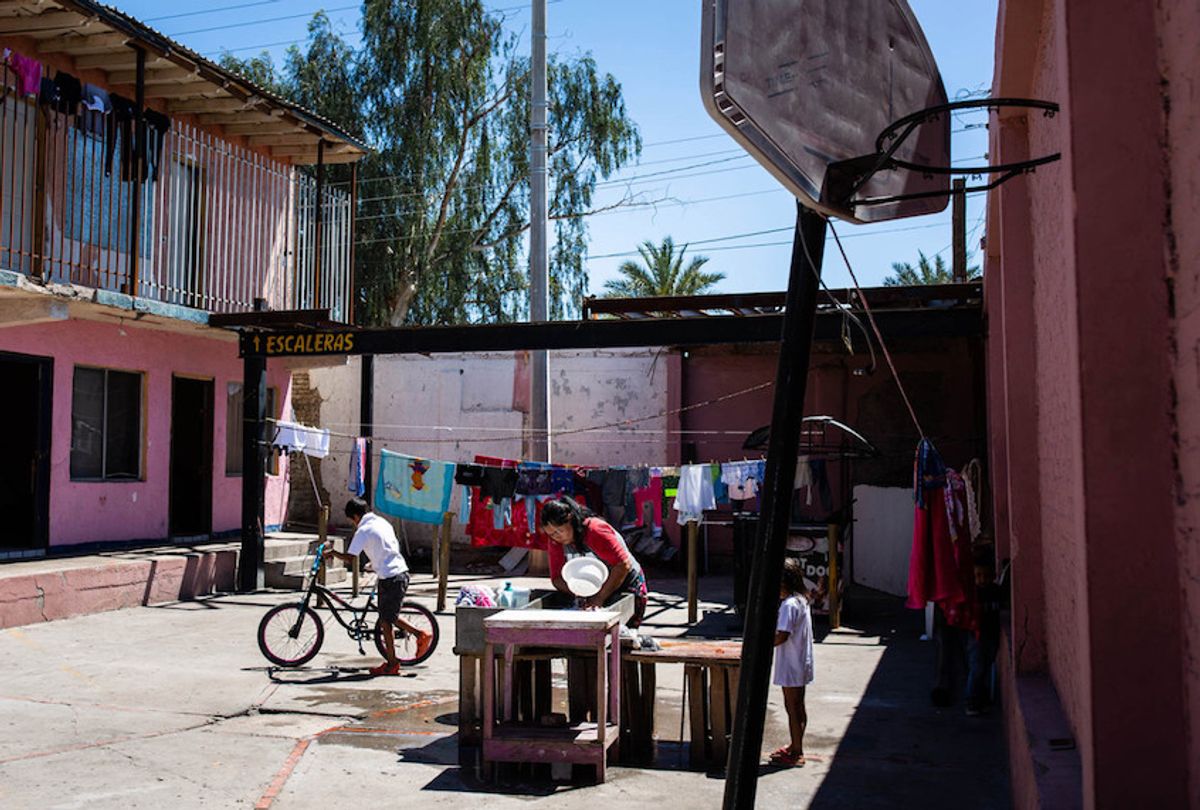 Tania (not her real name) washes clothes at a shelter in Mexicali where she stayed with her family for several weeks, first waiting to apply for asylum, and then waiting for a court hearing. A week after this photo was taken, she fainted in the heat and was hospitalized. (Anna Maria Barry-Jester/Kaiser Health News) (Anna Maria Barry-Jester/Kaiser Health News)
--

Earth, according to the European Union’s Earth observation program, which announced the new record on Tuesday.

The unprecedented heat brought death, destruction, and misery to huge swaths of the planet. By the middle of June, more than 35 people had died as temperatures soared past 120 degrees Fahrenheit in India. France set a new national temperature record: 115 degrees. Multiple wildfires broke out in Spain, one of them, a 10,000-acre blaze, might have started when heat caused a pile of manure to burst into flames. One European heat map turned such a violent shade of red it looked like an open-mouthed skull in mid-scream (you have to see it to believe it). And, get this: Summer is just getting started.

Here’s another worrisome finding from the report : If you compare the last several days of June to the average for the same several days between 1981 to 2010, temperatures this year were around 10 to 18 degrees F higher than normal over much of Western Europe — France, Germany, northern Spain, northern Italy, Switzerland, Austria, and the Czech Republic.

Super weird that temperatures just decided to spike like that. There’s no way humans have anything to do with it, right?

Heat waves like the one that just gripped Europe are not always directly linked to anthropogenic climate change, but extreme weather events are made worse by higher concentrations of greenhouse gases.

Another report released Tuesday from World Weather Attribution found that such heat waves are happening about 10 times more often now than they were a century ago. “Every heatwave occurring in Europe today is made more likely and more intense by human-induced climate change,” the report said.

Perhaps all this sweltering weather will spur governments to fulfill their commitments to slash carbon emissions. Barring that, it’s probably time to invest in a good air conditioner (and, yes, we know that comes with plenty of problems,too).