A polio-like virus spreading in the U.S. is paralyzing children 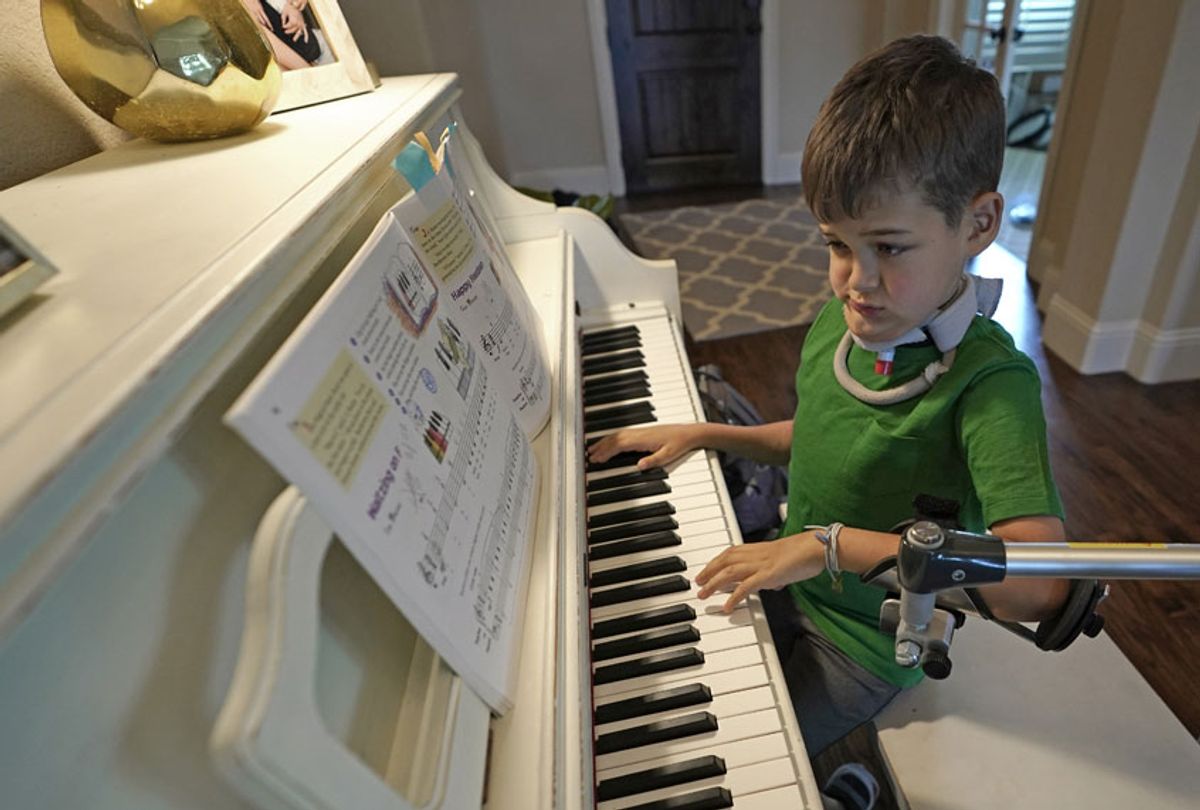 Braden Scott uses a device to support his left arm as he practices on the piano in Tomball, Texas on Friday, March 29, 2019. Braden was diagnosed with the syndrome called acute flaccid myelitis, or AFM, in 2016 and was paralyzed almost completely. (AP/David J. Phillip)
--

The US Centers for Disease Control and Prevention (CDC) wants doctors to be on the lookout for a strange illness that resembles polio — an illness for which physicians have no vaccine nor any means of prevention.

The illness is called acute flaccid myelitis (AFM), and the CDC said it is important that medical professionals know how to quickly recognize symptoms and report all suspected cases to their local health department. The United States experienced its biggest outbreak in 2018, though the CDC has only been tracking the illness since 2014, when the first outbreak of 120 cases occurred. In 2018, there were a recorded 233 patients in 41 states. In 2019, so far there have been 11 confirmed cases in eight states out of 57 patients under investigation.

AFM is a serious illness that affects the nervous system, specifically, the gray matter of the spinal cord. This can cause the muscles and reflexes causing a rapid onset of flaccid paralysis, usually in an arm or leg, which is why it has been described as “polio-like.” According to what the CDC knows about the illness, late summer and early fall is AFM “season.” Most of the cases since 2014 have been of children, the average age being 5. And in an analysis of cases confirmed in 2018, the CDC detected enteroviruses and rhinoviruses.

"AFM is a devastating illness for patients and their families," Dr. Anne Schuchat, CDC's principal deputy director, told reporters Tuesday. "We know families are facing uncertainties when it comes to their child's recovery from AFM, and we want parents to know that we are keeping their children front and center and working with our partners to better understand this illness, its risk factors, and ways to treat and prevent it."

Time is of the essence when it comes to better understanding these viruses, which is why the CDC is urging doctors to report suspected cases right away. According to a new report, doctors have been collecting specimens up to a week after the symptoms of limb weakness has began, and have taken weeks to report cases to the CDC.

"This delay hampers our ability to understand the causes of AFM," Dr. Tom Clark, deputy director of the CDC's Division of Viral Diseases, said at the press conference. "We believe that recognizing AFM early is critical and can lead to better patient management."