I was a friend of Jeffrey Epstein; here's what I know

Epstein's lawyers are signaling his most powerful friends' secrets are safe with him, will that keep them close? 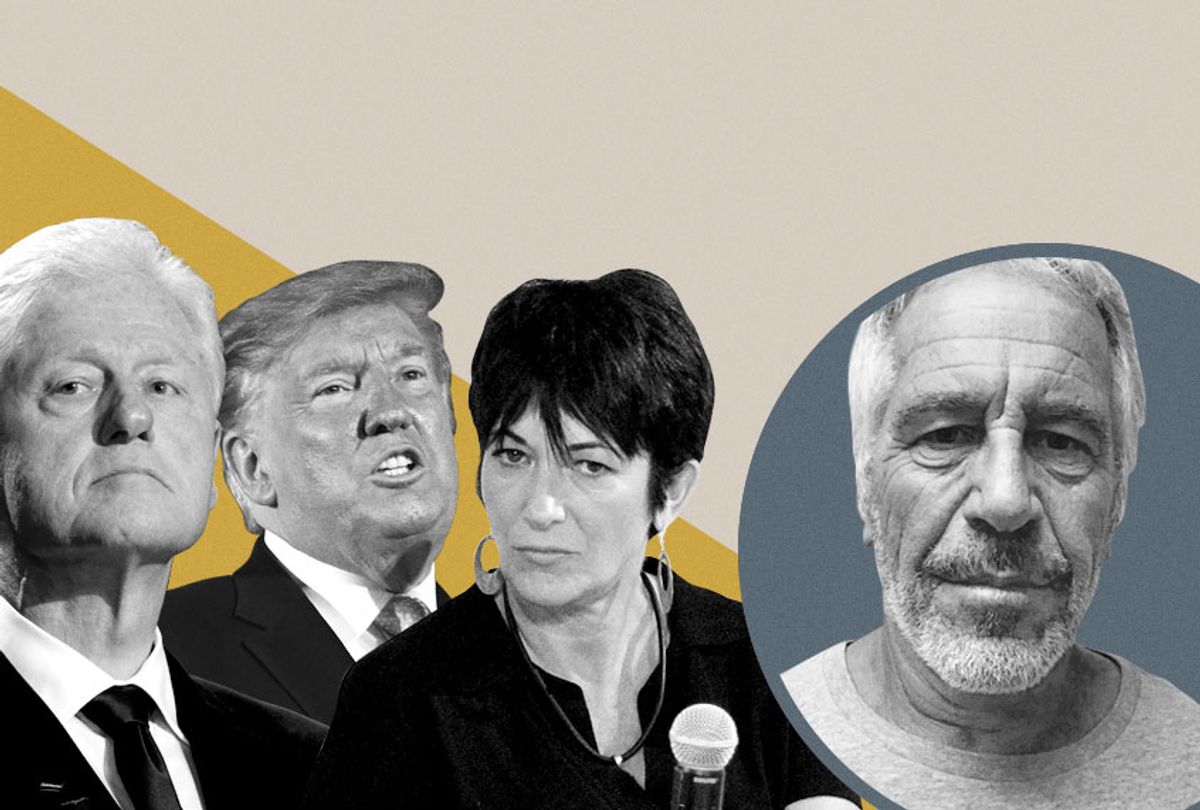 Jeffrey Epstein didn’t abuse underage girls in a vacuum. He had enablers. And friends. For a few years in the ‘80s, I was one of his friends — in the transactional, Manhattan meaning of that word — and I got a preview of his sickness.

When we met in 1986, Epstein’s double identity intrigued me — he said he didn’t just manage money for clients with mega-fortunes, he was also a high-level bounty hunter. Sometimes, he told me, he worked for governments to recover money looted by African dictators. Other times those dictators hired him to help them hide their stolen money.

Epstein was pleased that I was interested in writing about him. Not a profile. A book. That prospect convinced him that I should see a sample of his craft, so we met in the lobby of an office building on Park Avenue South and took an elevator to a law firm, where he intended to serve a subpoena. He didn’t get past the receptionist.

I thought this episode . . .  odd. A major financial figure trying to serve a subpoena? Don’t you hire someone to do that? My interest lapsed.

My wife-to-be was then a military historian, with a book about to be published. Interview Magazine photographed her in a buttoned-up military shirt, with a taut khaki tie. A witty photo of an attractive woman. But not a sexy look. Jeffrey Epstein had chatted her up at a few parties. The military look fooled him not at all.

The night before our marriage, Epstein called. “It’s your last free night,” he told my wife-to-be. “Why don’t you come over and fuck me?”

That was how, in June of 1987, Jeffrey Epstein became dead to me.

Over the years, I heard the stories making the rounds about him: how Leslie Wexner either gave him the biggest townhouse in Manhattan or sold it to him for a dollar, how he worked out of Bennett Cerf’s old office and had no computer, how his friends included Donald Trump and Bill Clinton and the Duchess of York. And more. Should I rethink a book about Epstein? I wavered.

In the early ‘90s, at a Joan Rivers dinner party, my wife and I encountered Ghislaine Maxwell, daughter of disgraced British publishing mogul Robert Maxwell and Epstein’s girlfriend for a brief period in the '90s. She has been accused of recruiting and grooming girls and women for Epstein; she denies this.  I’d met her several times with Epstein; we were also “friends,” in that transactional Manhattan way. And might now become better friends. “If you lose 10 pounds, I’ll fuck you,” she said, with my wife standing next to me. And she too became dead to me.

As his legend grew, many others were fascinated or amused or impressed by Epstein or simply delighted that he wrote checks to their charities. His interest in young women was no secret; Donald Trump famously applauded it in 2002. Vicky Ward, who published a long profile of Epstein in Vanity Fair in 2003, recently revisited transcripts of her interviews: “What is so amazing to me is how his entire social circle knew about this and just blithely overlooked it . . . all mentioned the girls, as an aside.”

In 2008, everybody knew: Epstein was arrested in Florida for soliciting underage girls for sex. He pleaded guilty to felony solicitation of prostitution and procuring a person under the age of 18 for prostitution. He served 13 months in a Palm Beach jail — a sweetheart deal allowed him to leave a private wing of the jail every day to work in his office — and a year of house arrest. And then the level three sex offender — that is, a sex offender with a high risk of re-offense — returned to New York.

In 2011, in the Daily Beast, Alexandra Wolfe chronicled what happened next:

The conventional wisdom among his friends was that Epstein has been victimized by greedy, morally dubious teenage girls and unscrupulous lawyers. "I've never condoned paying for sex, but if the young lady lied about her age it's her own fault," explained one socialite, who along with Wilbur Ross and Leon Black hobnobbed with Epstein at a Southampton movie screening just two months after his release from "community control" in Florida.

And then, because children were involved, this shocker:

Just a few months after leaving Florida, Epstein, with the help of uber-publicist Peggy Siegal, hosted a post-Yom Kippur buffet at his mansion in Manhattan — and not only did more than a hundred friends come, some brought their children. A few months later, Katie Couric, George Stephanopoulos, Woody Allen and other celebrities showed up at Epstein’s mansion for a dinner in honor of Britain’s Prince Andrew.

Why was Epstein so easily rehabilitated?  He was smart. Attractive. Rich. And that is a potent combination. As David Patrick Columbia, editor of New York Social Diary, explained it for the Times:  “A jail sentence doesn't matter anymore. The only thing that gets you shunned in New York society is poverty.”

So here’s an Epstein friend for 35 years who visited him in prison and attended the post-Yom Kippur dinner: “The side I've been reading about is a side I don't know. Unless I've seen it, I don't focus on it."

And here’s a woman who was at that dinner and several others: “I and many others that know him describe him as brilliant. His unique mind is what attracts the world's smartest people to his home."

And here’s a woman who’s a fixture on the Manhattan and Hamptons circuit: "From a cerebral and business side he's worshipped. He's incredibly charming and handsome. He's an extraordinary package, so I can see why people don't want to believe what they hear. If people come out of jail and are still successful, people are very forgiving, shockingly so."

And here’s a distinguished scientist: “I always judge things on empirical evidence. He always has women ages 19 to 23 around him, but I've never seen anything else, so as a scientist, my presumption is that whatever the problems were I would believe him over other people."

No doubt these Epstein friends have an updated opinion today.

It is rumored that Epstein's lawyer has made a proffer to the prosecutors: Epstein will agree to cooperate with the investigation, including giving up the names of individuals that paid for activities with underage girls in exchange for a maximum sentence not to exceed 5 years.

If true, that proffer sounds like good news. Ironic good news: what a friend Jeffrey Epstein turned out to be!  Then I grasped the wiggle phrase: “individuals that paid.” That would not be Donald Trump or Bill Clinton or a great many other bold-facers who flew on Epstein’s plane — it was known as the “Lolita Express” — or visited his homes.

If true, another round of great lawyering may mean that no one in New York society will be publicly shamed. Because the friends of Jeffrey Epstein are rich. And the rich are famously cheap. Pay for sex in a friend’s house? They’d never. And their host would never ask. The girls were just a perk.

In the commentary and in the conversations I’ve had since his arrest, the main topic is the fascinating monster who is now, to everyone’s delight, caged in a cell: Let him live there for the rest of his life. I’m the father of a teenage daughter, I can’t help but add my agreement. And then I catch myself and remember all the girls, now women, walking around exploited and tossed aside, with nothing to show for their humiliation but a few hundred long-spent dollars. Who knows their names? Who wonders if anything can be done, all these years later, to help them heal? And who, after the second cocktail, really cares?

Jesse Kornbluth, a former Contributing Editor for Vanity Fair and New York, is the author of “Highly Confident: The Crime & Punishment of Michael Milken.” He edits a cultural concierge site, HeadButler.com.