A simple homemade bread recipe so good, I may never go back to buying it

And it's gluten-free to boot 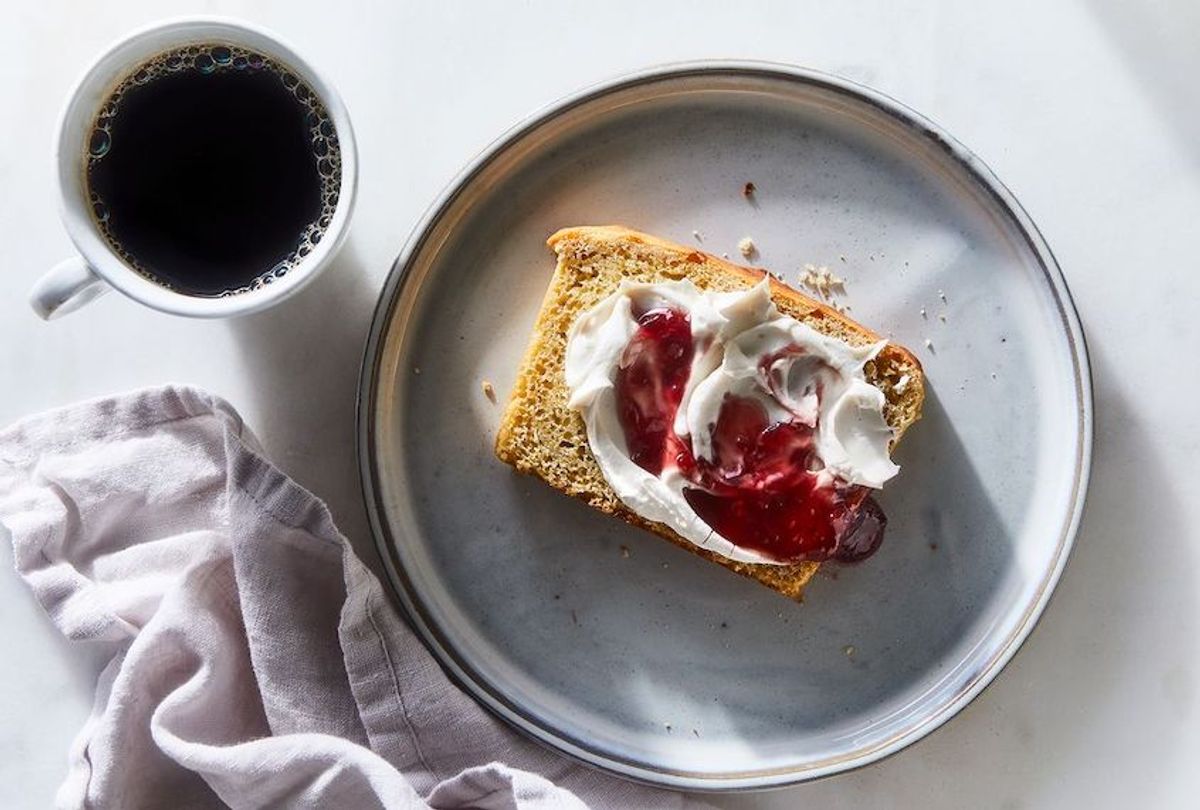 Whenever I'm having a bread crisis, I turn to King Arthur.

Not the head of the Knights of the Round Table—the flour brand and virtual compendium for all things carb.

So on a recent Saturday, days-deep in some random cleanse I'd cursed upon myself (no gluten! No dairy! No — gasp — no alcohol!), I found myself scrolling through King Arthur's recipes. I had it bad for a sandwich. Not a particular sandwich, but rather the idea of any sandwich: soft, toasted bread spread with mayo and Huy Fong chili garlic sauce; lettuce for crunch; a mild, funky cheese (Comté, is that you?); sprouts for flair; perfect waves of turkey, or salami, or ham, piled high like yoga mats at the class I'd skipped earlier that day.

King Arthur to the rescue: I identified a recipe for gluten-free sandwich bread that looked so soft, I briefly fantasized about a nap on its surface. To rid its batter of dairy, I swapped in almond milk for its whole-fat regular milk, and warmed refined coconut oil for butter. (I also upped the salt, because I am who I am, and used cornstarch in place of xanthan gum, which I can neither pronounce nor ever locate in a grocery store.)

And with just a bit of mixing, then some downtime while the batter rose, I ended up with...the best gluten-free sandwich bread I've had in a very long time. It was slightly sweeter and crumblier than a regular loaf, almost like a bread-scone hybrid. It evoked sandwich bread that'd spent too much time with a horde of biscuits, and which had recently started trying to act like one.

It made the perfect complement to savory sandwiches and sweet open-faced ones alike.

Here are the combinations I enjoyed so much, my boyfriend asked if I was leaving him for bread: