How many twists is too many twists? That's one question the "Far From Home" screenwriting team was forced to answer 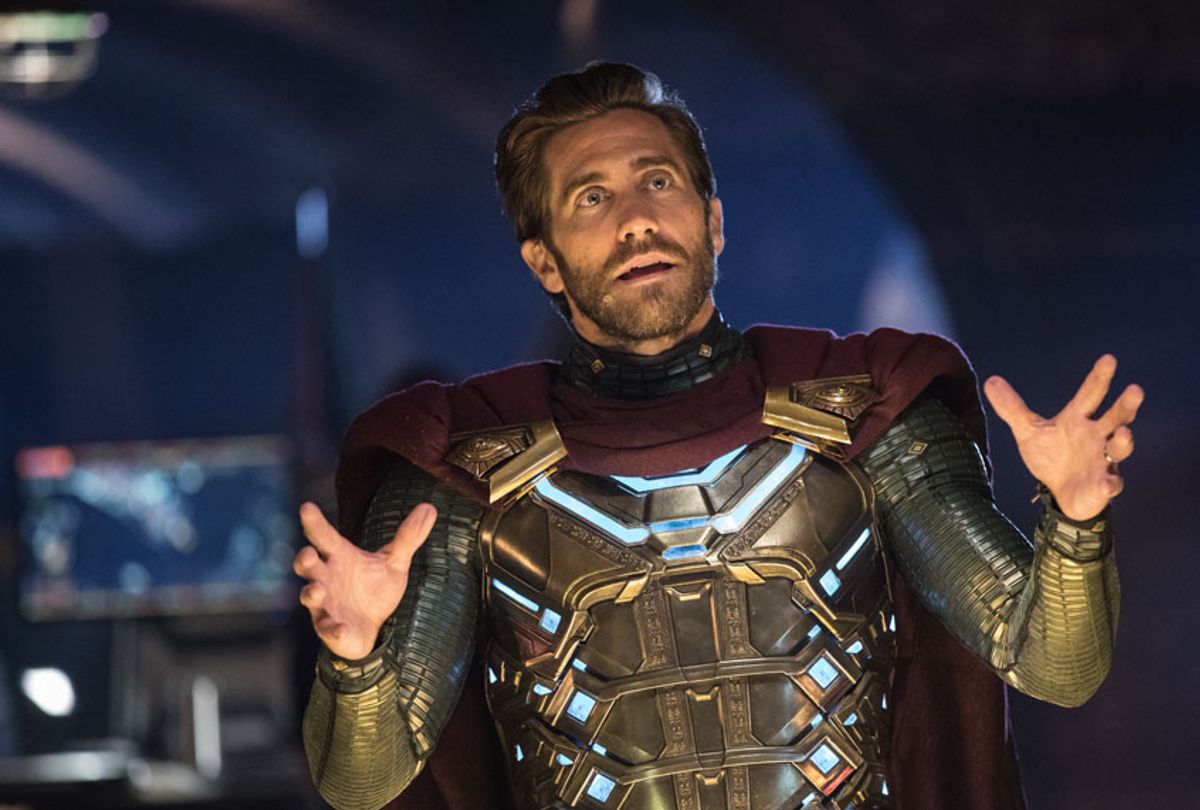 One of the big twists in “Spider-Man: Far From Home” is the revelation that Jake Gyllenhaal’s Quentin Beck/Mysterio is lying about the Multiverse. The character does not hail from an alternate earth and is actually a former employee of Stark Industries who has stolen some illusion technology to create the Elementals. The twist turns Mysterio into the “Far From Home” big bad, but originally the film included a double twist. Screenwriter Chris McKenna recently told Collider an early version of the MCU tentpole revealed Mysterio was a Skrull alien invader.

“There were some early, early versions of this movie where Mysterio was a Skrull,” McKenna said. “There were a lot of Skrull versions of the story early on. When you’re doing a con artist movie, what we finally landed on—we sat down and talked about how do we keep on fooling the audience, how do we keep on having a lot of fun reveals? How many distractions can we get away with before people want to murder us? [The Mysterio Skrull reveal] was an early idea about why he was doing everything he was doing.”

The reveal that Mysterio is a skull would’ve been a shock to comic book fans since that’s never been the case in the source material. McKenna and co-screenwriter Erik Sommers ultimately decided to keep the character more faithful to the comic book, but that doesn’t mean the film went without at least one major Skrull shocker. One of two credits scenes reveals that Nick Fury (Samuel L. Jackson) and Maria Hill (Cobie Smulders) have been the “Captain Marvel” Skrull characters Talos (Ben Mendelsohn) and Soren (Sharon Blynn) for the entire film.

Read more IndieWire: With 'Stuber' and 'Crawl,' Box Office Sags While Waiting for 'The Lion King'

“I think about [‘Far From Home’] as a con man movie, there’s so many layers of deception throughout the whole movie, that it just felt right to do one last little reveal,” Watts told IndieWire about the credits scene Skrull twist. “One last little twist at the very end. It all felt on theme.”

“Spider-Man: Far From Home” is now playing in theaters nationwide.