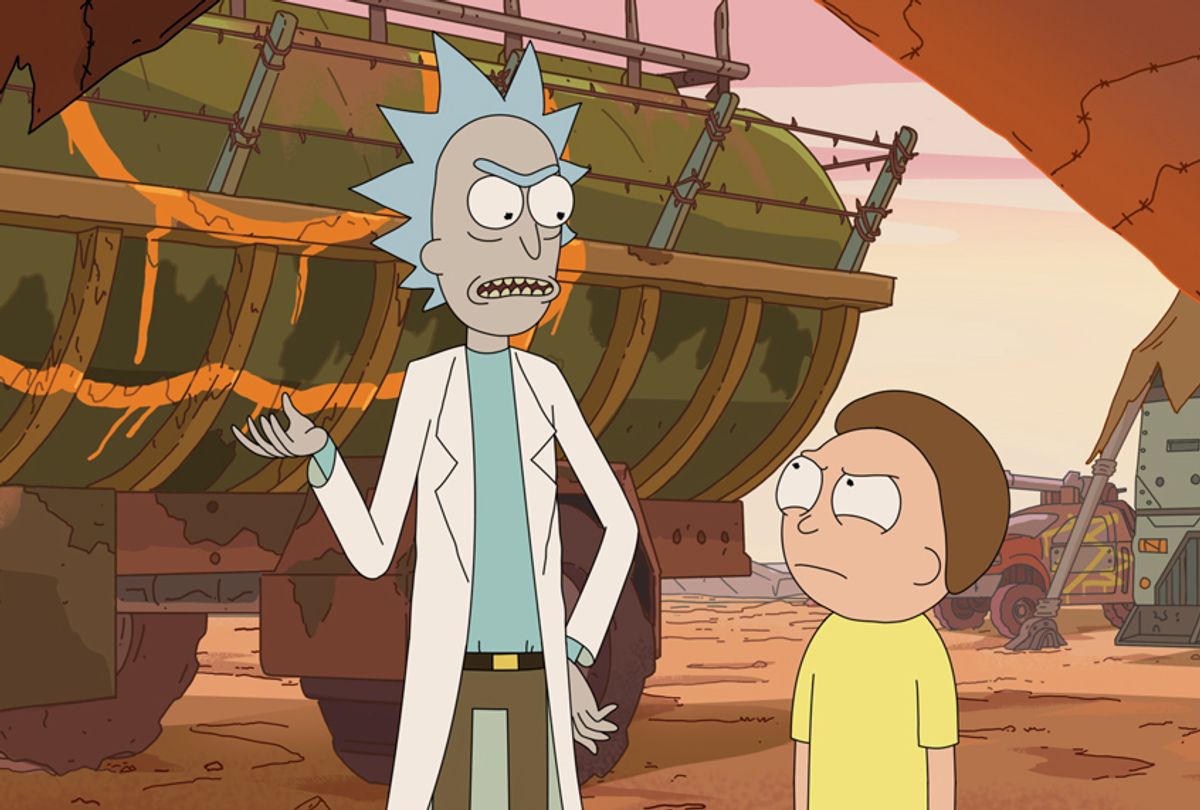 “Rick and Morty” has been off the air since the Season 3 finale in October 2017, but the painful wait for new episodes will finally come to an end when Season 4 debuts this November. Creators Dan Harmon and Justin Roiland gave an exclusive preview of “Rick and Morty” Season 4 to Entertainment Weekly, urging fans to watch all of Season 3 as the series will get more serialized than ever before in the next batch of episodes.

“Without giving anything away, we have serialized stuff we check in on now and then that’s sprinkled over the top of strong episodic episodes,” Roiland said. “To fans of the show, they’re going to want to watch them in order…I would definitely say watch all of Season 3 before Season 4.”

The creators confirmed Season 4 will run 10 episodes and include guest voice actors such as Paul Giamatti, Kathleen Turner, Taika Waititi, and Sam Neill. Waititi directed Neill in “Hunt for The Wilderpeople” and both actors will appear in the same episode as aliens (“We wanted a Kiwi flavor to their species,” Roiland teased).

“Rick and Morty” Season 4 will be the first episodes to air after Roiland and Harmon struck a massive 70-episode deal with Adult Swim. The show is notorious when it comes to keeping fans waiting for years on end in between seasons, but Harmon said the deal will result in a more consistent flow of “Rick and Morty” seasons. To prove his point, Harmon revealed “Rick and Morty” Season 5 is already being developed while the duo put the finishing touches on Season 4.

“I think it’s safe to say without fear of being wrong that the gap between seasons 3 and 4 will be the longest and last time that it’s ever so long, that it’s ridiculous,” Harmon said. “I don’t know how fast we can do it, but I know it will never be this long again…We’re literally writing season 5 while finishing season 4 just to force ourselves to commit to a certain schedule.”

As for the future of “Rick and Morty” beyond the 70-episode deal, Roiland said that as long as the fans still care about the series and the characters then the show can continue indefinitely. “On any given day you’ll feel like this thing can go for 20, 30 seasons,” he said. “We have characters that don’t really age, it’s very ‘Simpsons’-esque. There’s so much we can do to keep riding this train.”

Harmon added, “Sure I’ll end it! But I don’t know that would be on 70. I would be equally unsurprised if you told me that this thing goes for 20 years. I wouldn’t balk at that at all. If it still feels right, let’s do it.”

“Rick and Morty” Season 4 debuts in November on Adult Swim.