"Veronica Mars": Surprise! All 8 episodes of the revival are available to stream right now 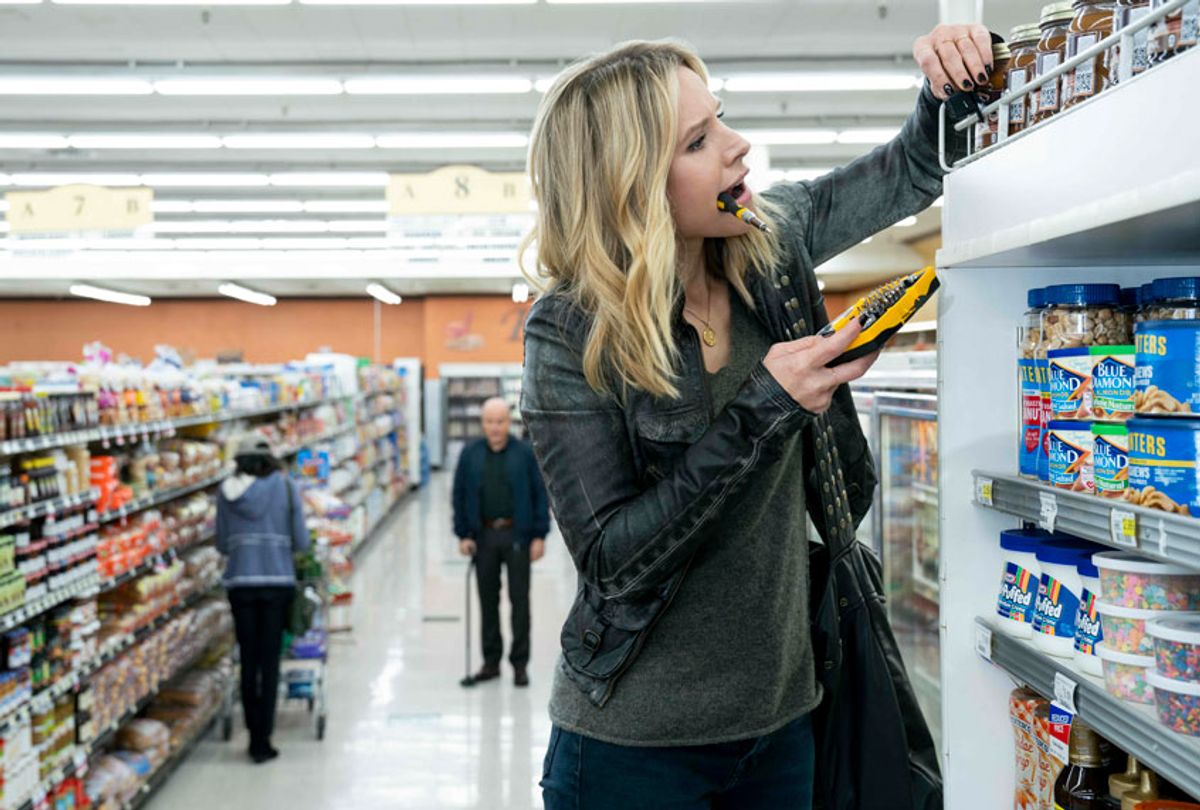 Surprise, Marshmallows! Trust “Veronica Mars” to do the unexpected.

The former UPN/The CW teen noir detective series defied cancellation, and much like the Ironborn on “Game of Thrones,” proved that what is dead may never die. First came the revival movie that Kickstarter funded in 2014, and then Hulu entered the fray by ordering a revival series that was supposed to premiere on July 26 … except that the series is now actually dropping a week early.

Kristen Bell dropped that bombshell at the Comic-Con panel for the Hulu revival on Friday. Both shock and then elation rippled through the audience as they digested the news. Joining Bell in celebrating the bold release plan were co-stars Enrico Colantoni, Jason Dohring, Ryan Hansen, Francis Capra, Percy Daggs III, and executive producers Diane Ruggiero-Wright and Rob Thomas.

The panel ended at 12:45 p.m. PT, which is when all eight episodes of the season were released for bingeing immediately. That meant that fans at the Convention Center were already behind the others at home in watching since they couldn’t very well start streaming the show from their seats.

“Veronica Mars” joins the elite ranks of other shows that were suddenly released upon the unsuspecting public with very little lead-up, hopefully in turn creating buzz and sparking curiosity in the series. “UnReal” dropped its fourth season unexpectedly on Hulu, which had acquired the series. And Netflix also decided to release the first season of “The OA” only days after its trailer premiered.

Of course, the difference is that “Veronica Mars” doesn’t necessarily need to create buzz with this stunt. Instead, it already has a built-in fanbase and has been beating the drum for the series steadily.

Will the strategy pay off for Hulu? You can decide by streaming the series now. What are you waiting for?

The “Veronica Mars” eight-season revival series is currently available to stream on Hulu.