Who is the white Al Sharpton? 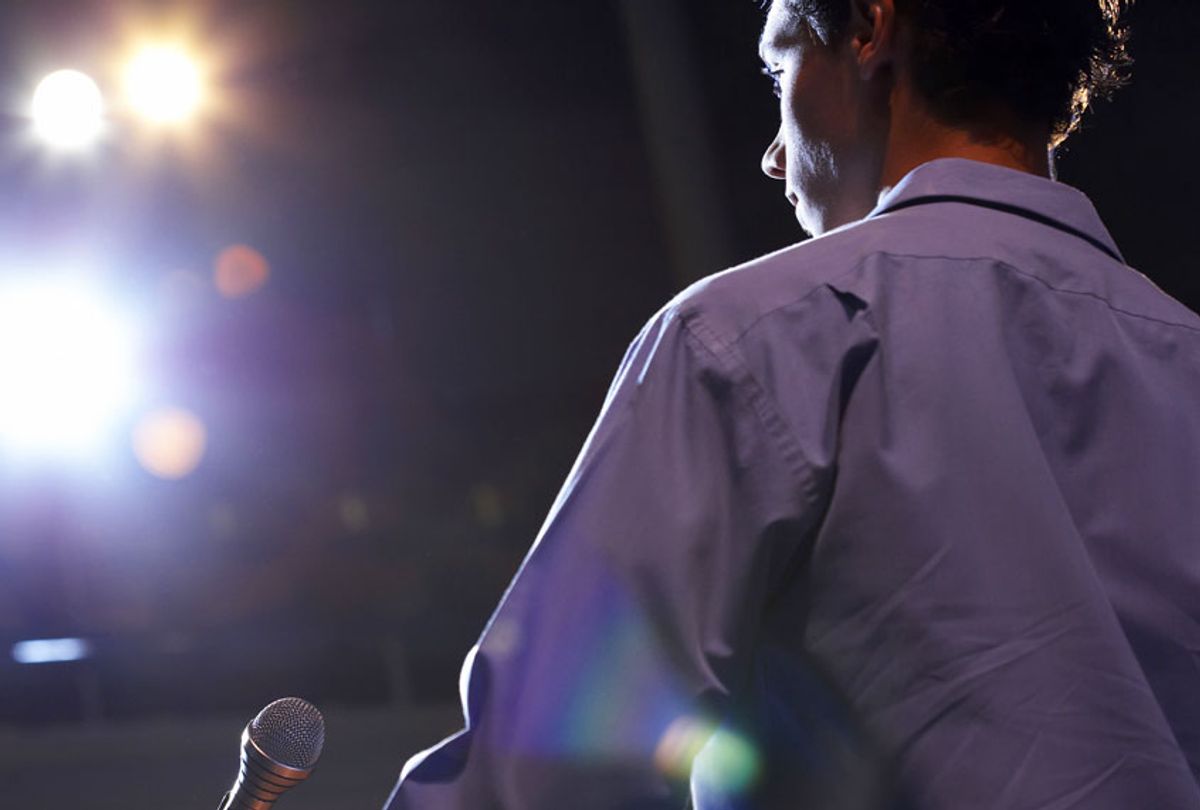 Who is the white Al Sharpton? I ask this with all sincerity, and a bit of frustration. Who are they, and where do they hang out?

Before I get into this I want to make a few things clear. For one, I have nothing against Reverend Al, and no harsh critiques of the work that he has done, or tried to do. That doesn't mean I'm co-signing his current position as the go-to black guru on race in America. In my humble opinion, that title deserves to be held by Dr. Ibram X Kendi — that guy has out-researched everybody and laid out the solutions needed to cancel America’s race problem in his award-winning, bestselling book "Stamped from the Beginning."

Sharpton is not the ceremonial leader of the Negro Nation, though some people do follow his guidance. Personally, I’d be lying if I said I'd ever run into a problem or issue I couldn’t overcome and said, “Aw man, I wonder what Al Sharpton would do?”

Despite my feelings about joining the Rev’s movements, he is undeniably a prominent figure. Sharpton has a show on MSNBC and serves as a regular contributor to multiple television shows. He's been the face of resistance against police violence for decades. Democrats with presidential ambitions make it a point to pencil in dinner with him before primary elections­­, as he and only he holds the keys to the black vote — or so they think. The question we should all be asking is how did Sharpton grow to hold these magical African-American keys which actually don’t exist?

Most know that Al Sharpton is indeed a real minister; he gave his first sermon at the age of four and was ordained as a Pentecostal preacher at the age of 10. Alfred Charles Sharpton, 64, hails from the Brooklyn neighborhood of Brownsville. He got his start in politics as a youth director for Congresswoman Shirley Chisholm in 1972. Shortly after her loss, he adopted James Brown’s hairdo and took a position as his tour manager from 1973 to 1980. Sharpton made a name for himself as a young activist in the '70s and '80s, founding the National Youth Movement and being appointed by Rev. Jesse Jackson to serve as youth director of the New York City branch of Operation Breadbasket.

His advocacy for African Americans continued as he organized and rallied for justice after the 1984 subway shooting, in which four black men were shot by Bernhard Goetz, who was cleared of all charges except carrying an unlicensed firearm; the beating and death of Yusef Hawkins in Bensonhurst, when a mob of white men beat four African American teens in Brooklyn and most of the attackers went free or received light sentences; the police execution of Amadou Diallo; the police execution of Tyisha Miller in Riverdale, California; the police killing of Sean Bell in Queens, New York; and the list continues. Sharpton has been jailed and stabbed, and has almost lost his life on numerous occasions.

The Reverend has had a long history of raising awareness and helping these tragedies get national attention, a difficult feat that I deem honorable. I also know a guy — I won't name him — who lost his son to due to senseless police violence. A film producer invited me to their town to meet the guy and discuss the possibility of me writing a film about his son’s short and tragic life­­. While riding around town with the victim's father, I learned that he was he was going through a tough financial time, primarily because the notoriety of the case made companies shy about hiring him. The only person looking out for him at the time — the only one keeping him afloat — was Al Sharpton.

I’m also aware of reports that Sharpton has a history of serving as an FBI informant — a big no-no in many activist communities, for obvious reasons.  I’m sure other stories exist. And there are plenty of reasons to call the Rev. a good guy, a bad guy, or a snitch — that’s a personal choice. But one thing he is not, cannot be, and will never be is my leader. Sharpton is clearly a leader to somebody, but not me.

I don’t know who the first politician was who created the unspoken Sharpton Rule: The black vote goes through Al Sharpton. A secondary rule is if you appear to be racist or say something racist, then you can only solve the problem by having a conversation with Sharpton.

Part of me thinks that the people who perform these racist actions and subsequent ritual atonement, only reach out to Al for appearances, not because they really care about the issue that landed them in the hot seat but to show other white liberals that they are open to learning from the self-appointed voice of the people. For example, Democratic presidential candidate Mayor Pete Buttigieg couldn’t wait to jump on "Morning Joe" after his poor appearance in South Bend in the wake of the death of an African American man who had been shot and killed by a police officer, just to tell the world that he had called Al Sharpton. No mention of the victim’s family or better ways to engage and listen to citizens, of course, but he did talk to Sharpton, as if that equals understanding or justice. (It doesn’t.)

This idea bounced around in my mind for a couple of days, so I decided to do some research by reaching out to some white people I know and asking them who the white Al Sharpton is.

I presented a scenario: “I said some hurtful things about white people that kind of made me look disconnected. Who is the go-to white person I should be talking to — the expert on white issues —  who can help me reconnect with and regain my respect in the white community?”

Each time I crossed my fingers, hoping and praying they’d say Seth Rogen.

For starters, he’s hilarious. But Rogen I think also has the kind of balanced temperament to help me understand the necessary rules of engaging with and interacting with whiteness.

But no one recommended Rogen, even when I seeded the idea by slipping his name into the conversation. White people just laughed.

“Bro, it’s Ellen; hands down!” a colleague told me. “She has white people on lock, kind of like a White Oprah.”

“I love Ellen,” I continued. “How great would our country be if she had Trump’s job?”

There is a black Al Sharpton, and he's one man. He doesn’t represent a whole race of people, he represents himself in accordance to his years on this earth, what he has seen and the work he has done. That's all, and that’s good enough.