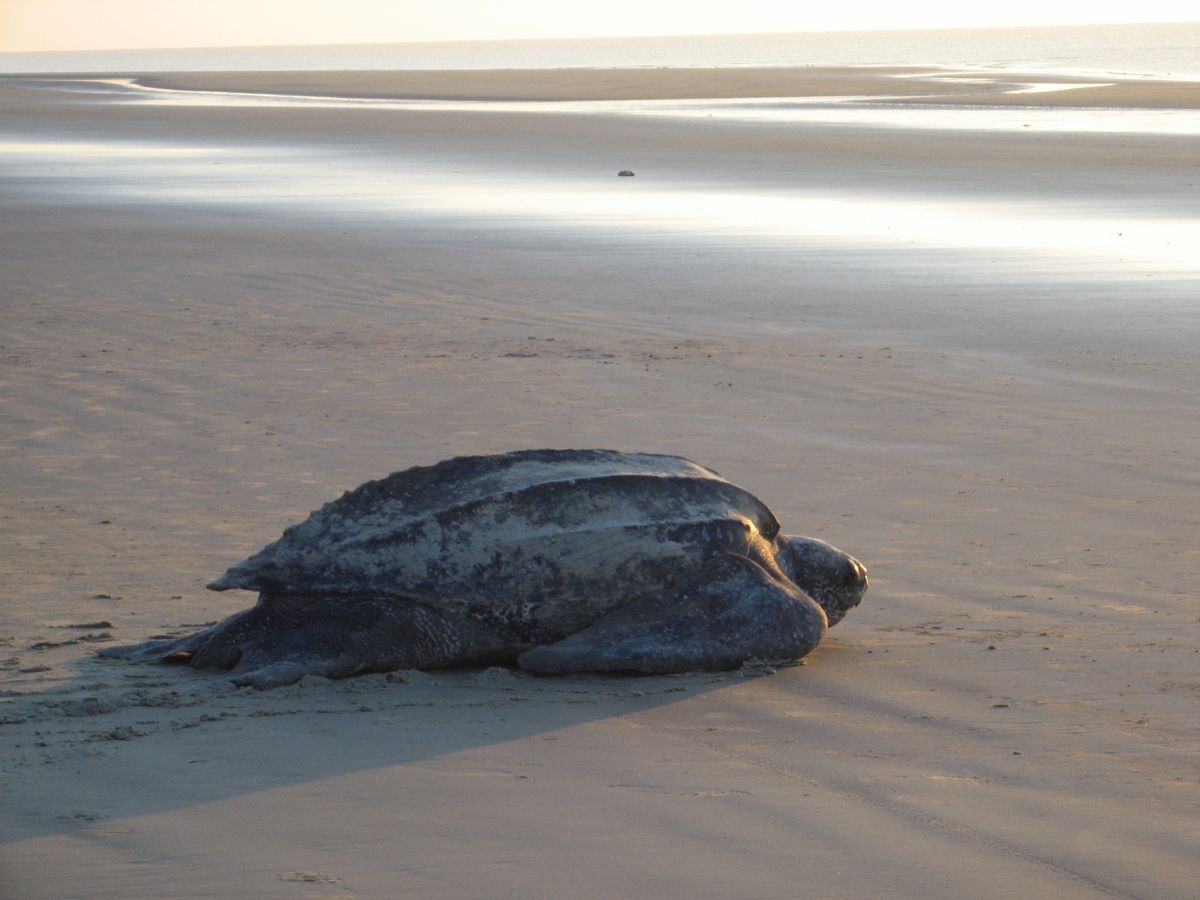 The Pacific leatherback sea turtle, at up to 2,200 pounds the largest turtle on earth, could disappear from our oceans, yet Trump regulators have OK’d a type of fishing that could wipe out the massive animals.

An estimated 562 nesting female adults survive now. In 2040, that number is projected to drop to 260 adult females in 2040, so few that leatherbacks likely could not make a comeback.

Despite this, in April the National Marine Fisheries Service issued a two-year permit to allow two boats to fish for swordfish 50 to 200 miles off the coast of California and Oregon using fishing lines with hundreds of baited hooks. The lines, up to 62 miles long, also catch turtles, seals and birds. David Haworth, captain of the Pacific Horizon, and John Gibbs, captain of Southern Horizon, are named in the permit.

The network, a California nonprofit, and the Center for Biological Diversity sued Commerce Secretary Wilbur Ross and the National Marine Fisheries Service in federal court trying to block the permit.

The Trump administration sees the issue through a very different lens, concerned not about the potential extinction of a species, so much as American trade in seafood.

“By value, nearly 90% of the seafood” Americans eat is imported and more than half of that is from aquaculture such as salmon raised in pens in the oceans, according to the Commerce Department. The U.S. imported $14 billion more seafood in 2016 than it exported.

Reducing our nation’s “seafood trade deficit” has been pushed hard by Timothy Gallaudet, a retired rear admiral who is Trump’s assistant secretary of commerce for oceans and atmosphere.

The amount of swordfish caught off the West Coast has declined 96% since 1985, in large part because of the decrease in fishing with mile-long gillnets. They are called ”walls of death” because the hundred foot high webs trap fish by their gills.

In September, Jerry Brown, then the California governor, signed a law to ban gillnets to catch swordfish.

The miles-long baited hooks lines make for efficiency for fishing boat operators, but at a huge cost in deaths of sea life other than swordfish that get caught on the hooks.

Duke professor Martin D. Smith, the president-elect of the International Institute of Fisheries Economics & Trade, criticized the “naïve belief that the seafood trade deficit should be a national concern” could harm our planet’s oceans.

In 2017, the Ninth Circuit Court of Appeals ruled in a case from Hawaii that the fisheries service improperly minimized the risk of longline fishing to loggerhead sea turtles, another type of endangered turtle. In that case, the federal court in Hawaii ordered the fishery to close through Dec. 31, 2018.

Longline fishing would not be allowed in 16,910 square miles of ocean off the California coast that is designated as leatherback critical habitat. Observers would be on the boats, and fishing would end if a leatherback turtle is killed under the permit issued by the Trump administration.

ACTION BOX/What You Can Do About It

Call Commerce Department Secretary Wilbur Ross at 202-482-2000 to tell him your thoughts about protecting our oceans or write him at 1401 Constitution Ave. NW, Washington, D.C. 20230.

The Turtle Island Restoration Network can be reached at 415-663-8590 or info@seaturtles.org