There are signs of a tanker war in the Persian Gulf, with Britain joining a coalition that wants a war with Iran 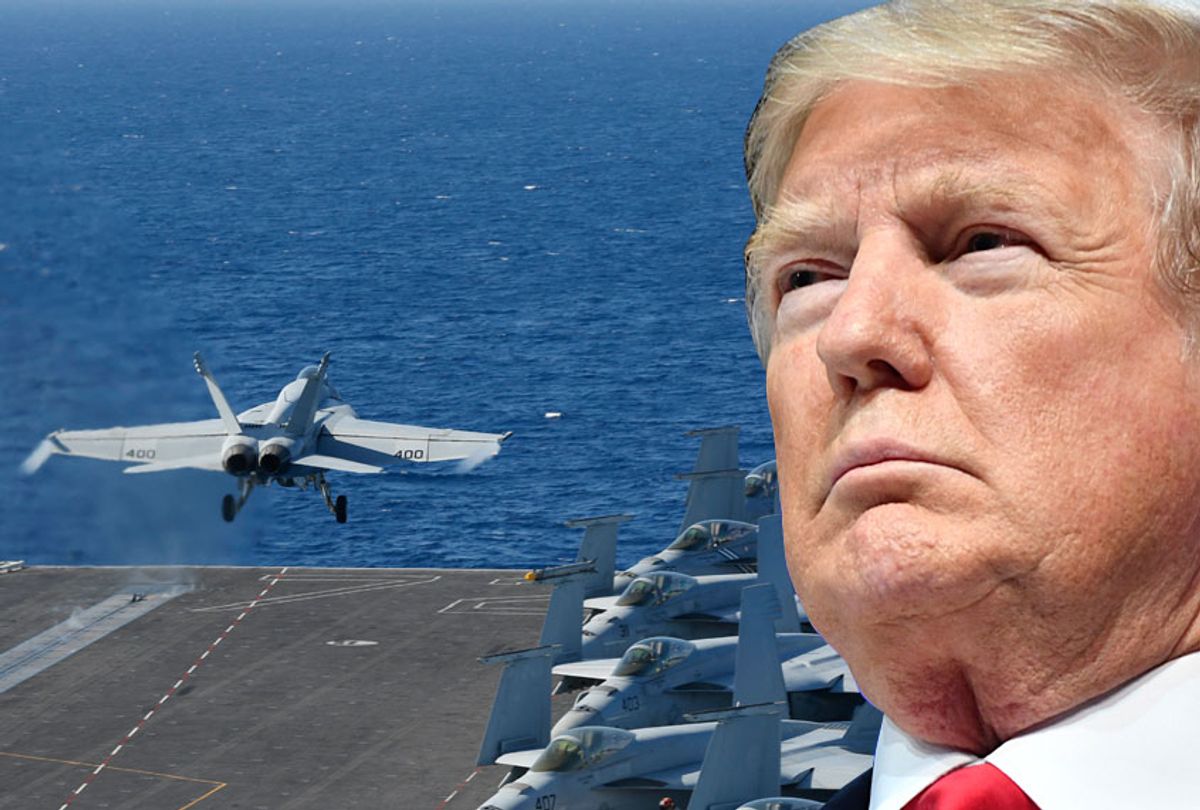 The standoff between the U.S.and Iran is now developing into a reenactment of the tanker wars in the Persian Gulf during the 1980–88 Iran–Iraq War. The United Kingdom seems to have become a part of the U.S.scheme of baiting Iran into military action, triggering a war. How else do we make sense of its seizure of an Iranian supertanker with 2 million barrels of crude in the Gibraltar waters? Has Britain added its name to the B-team (named after the alliterative names of its members: John Bolton, Benjamin “Bibi” Netanyahu, and Mohammad bin Salman) against Iran? Or is the UK, with Brexit looming over it, buttering the U.S.’s bread?

The Strait of Hormuz, the outlet from the Persian Gulf, is the world’s biggest oil transit choke point. A new war would have enormous consequences for the world, particularly India, China and Japan — with their main source of oil coming through this route.

The Joint Comprehensive Plan of Action (JCPOA) was originally agreed to by six countries — the U.S., Russia, China, threeEuropean Union countries (the EU-3: France, the UK, Germany) — and Iran. The JCPOA led Iran to limit its nuclear program in lieu of the withdrawal of sanctions on it. Are the EU-3, along with Russia and China, willing to confront the U.S.on its reimposing of crippling sanctions on Iran that are in violation of JCPOA?And are they willing to work out a mechanism to pay for Iran’s oil, and supply it with vital goods that its economy needs?

The story of U.S.exceptionalism — of holding others to international law which it refuses to abide by — is a long one. Of this long list, the U.S.’s complaint to the International Atomic Energy Agency (IAEA) Board charging Iran with violation of the JCPOA agreement must rank as one of its most brazens acts of hypocrisy. Predictably, the EU-3, despite being the U.S.’s NATO allies, could not publicly endorse this line. They recognized that a U.S.charge against Iran of violating the JCPOA must take into account that the U.S.has not only abandoned the JCPOA, but also imposed fresh economic and nuclear-related sanctions on Iran.

Another example of U.S. exceptionalism is the 1982 Law of the Sea Convention, which the U.S.has repeatedly raised with respect to the Persian Gulf and the South China Sea. TheU.S.has yet to ratify the treaty, while arguing that others must not only be held to the letter of the convention, but also the U.S.interpretation.

The EU-3is now in a hard place. It either sides with the U.S.on isolating Iran, or it aligns with Russia and China to work out measures to break Iran’s economic isolation. Otherwise, Iran has no incentive to stay within the JCPOA. Though Iran has exceeded the stockpile limits under the JCPOA, it has remained within the prescribed responses of the agreement, and allowed the IAEA inspectors full freedom of inspection and verification of its nuclear program. Yukiya Amano, the current head of the IAEA, has called the IAEA’s verification regime under the JCPOA the “strongest”and “most robust” in IAEA’s history.

Iran has also said that it will not only follow graded response to the sanctions, including possible exiting from the JCPOA, but also reconsider its participation in the Nuclear Non-Proliferation Treaty, a thinly veiled threat to follow in North Korea’s footsteps. It is clear that Iran will fight the status quo arising out of Trump’s maximum pressure policies in various ways, and not allow itself to be economically strangulated.

The UK’s position has now become very dubious. Why did it seize Iran’s supertanker Grace 1in the Gibraltar waters? Four of Grace 1’s officers, including the ship’s captain, all Indians, have been charged in a Gibraltar court and are now out on bail.

In a new twist on this issue, we now know that Gibraltar changed its law underpinning the seizure just one day before it occurred. This adds weight to reports in Spain quoting government sources that the UK carried out the seizing of the tanker under U.S.instructions.

The argument that Grace 1 was carrying crude oil to Syria’s Baniyas refinery, and so was violating European sanctions on Syria, sounds weak on various counts.The Gibraltar court’s order mentions EU Regulation 36/2012 on sanctions on Syria as the basis for action against Grace 1. Oil exports from Syria to the EU have been banned, but not oil imports to Syria under EU regulations. Also, imports to the Baniyas refinery are banned for machinery and equipment, not oil.

More important: In international trade, do countries through which transit takes place have the right to impose their laws on the merchandise in transit? For example, can pharmaceutical products from India, which are in consonance with Indian and the receiving country’s laws, be seized in transit in Europe if they violate the EU’s patent laws? Such seizures have happened, creating a trade dispute between India and the EU. The EU finally agreed not to seize such goods in transit. So can the EU extend its sanctions to goods in transit through its waters? Assuming the crude was indeed for Syria—which Iran has denied — do EU sanctions apply when transiting through Gibraltar waters? In short, was the UK imposing EU sanctions on Syria — or U.S.sanctions on Iran?

There has also been another incident involving Iran and the UK in the developing Tanker War 2. This makes the UK’s role even more suspect. Iran has denied the UK’s story of its empty tanker Heritage being blocked by Iranian boats in the Persian Gulf.The U.S., which first broke the story, claimed it was fiveIranian boats that tried to seize a British tanker. The UK authorities claimed that it was three Iranian boats that were impeding the tanker’s journey, which were driven off by a British warship. The Iranians deny that any such incident took place. No video or satellite image of the incident has been made public, though a U.S.aircraft reportedly took video footage of the incident. In hisTwitter feed, BBC’s Defense Correspondent Jonathan Beale condemned the failure of the British government to release images of the incident: “UK MOD say they will NOT be releasing any imagery from incident in Gulf when @HMS_MONTROSE confronted #Iran IRGC boats. Shame as far as I’m concerned.”

What remains unexplained is why the empty UK tanker switched off its transponder before the alleged incident for about 24 hours, particularly in the period when it was passing through the Strait of Hormuz — or why an empty tanker was accompanied by a British warship. Was the UK baiting Iran by manufacturing a maritime incident in the Gulf?

UK Foreign Secretary Jeremy Hunt has said on Twitter that after a phone call with Javad Zarif, Iran’s foreign minister, he offered to release the tanker Grace 1 on the condition that it will not send the oil to Syria. This still begs the question of the UK’s locus in deciding the destination of Iranian oil — or why Iran should accept EU sanctions.

Iran has a set of asymmetric responses it could make. It could make shipping, particularly tanker traffic, in the Strait of Hormuz more difficult. It could arm its allies in the region, specifically the Houthis in Yemen, with better weapons in their war with Saudi Arabia, in which Saudis have destroyed Yemen with very high civilian casualties. Each of these measures could lead to an increase of tensions and has the potential of spinning out of control.

Is the EU-3 willing to work with Russia and China to avoid a new war in the region? Or will it fold before the U.S.maximum pressure regime on Iran? The threat of another devastating war has become very real in the Gulf. The situation will not stay poised on the brink of war forever. So what is the rest of the world, including we the people, doing to avoid a new war?