Let us all praise loneliness

Now that I have kids, not to mention students and social media, I miss solitude. But I also miss being lonely 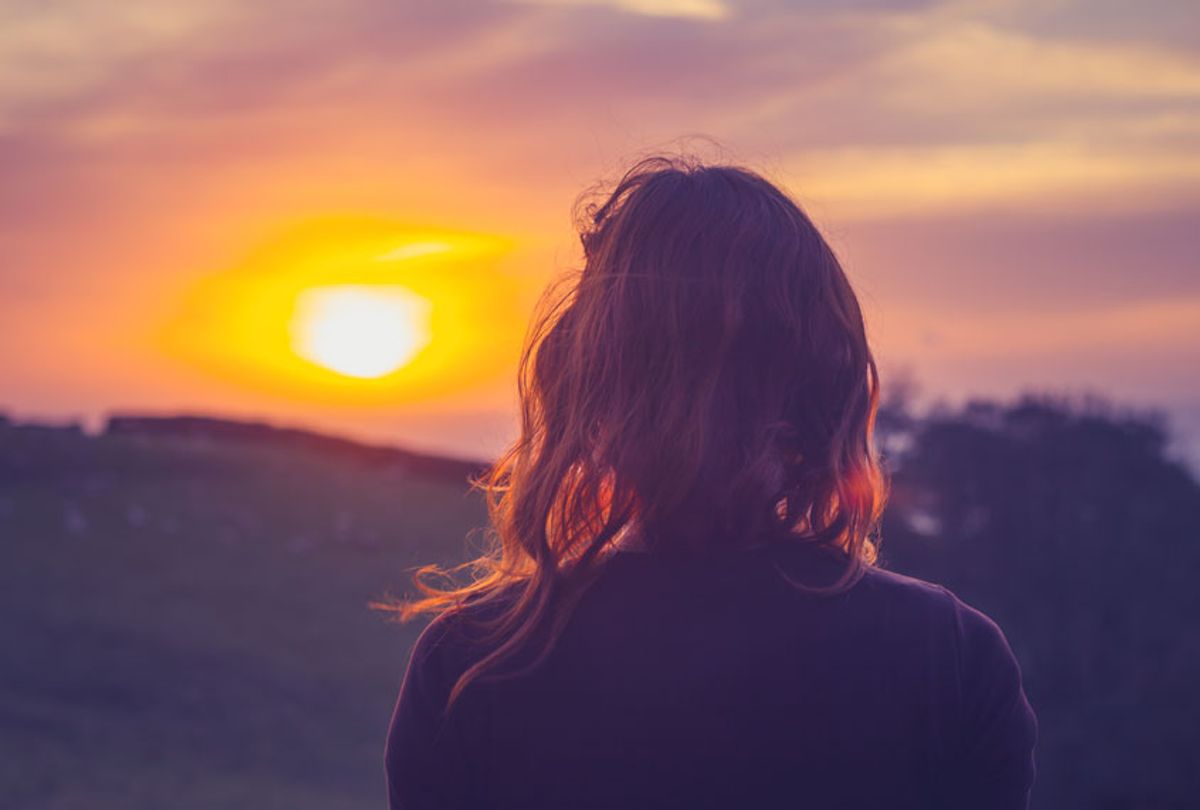 This morning not one, not two, but all three children needed the bathroom during the ten minutes I was in the shower. Then Youngest helped me pick out a dress, and Middle wanted to show me how he’d learned to pick a lock, and Eldest needed a permission slip signed, and Husband wondered if he should stop by the co-op on his way home, then some of us got in the mini-van to drive to school.

The point is: I’m rarely alone. Not anymore.

As a child, by contrast, I was frequently alone. My single mother worked full time, and I, not a joiner, was opposed to camp and after-school activities. We lived on 350 acres of woods and wetlands at the Jug Bay Wetlands Sanctuary in southern Maryland, which my mother managed, and I spent summer days wandering the boardwalk that wound through the wetlands, breathing in the rich aroma of pollen, jewel weed, pickerel, arrowroot, and mud clotted with duckweed. Or I’d slip down to the stream to read. I liked fairy tales best. I’d befriended a black Rat Snake as thick as my wrist who slid into view like some sort of enchanted prince the moment I settled myself on the leaf-covered banks.

Being along doesn’t mean being lonely, but I often was. I longed for a sibling. Later, for love. But those long, warm, sweet-smelling days were also rife with creative impulse. Loneliness was a state of receptivity and creative inspiration. I wanted company, love, and friendship, but even the longing became familiar and sweet.

At 23, I lived in a house full of roommates, but still I was lonely. I spent a lot of time searching for intimacy. I whirled through boyfriends, hoping, I suppose, to find the fairy tale royal who would rescue me from my isolated tower. I felt like I was tumbling from moment to moment, terrified. Research showed that loneliness could be linked to serious health problems like high blood pressure, heart disease, and depression, so on top of experiencing the loneliness itself, and the fear of being alone, I had anxiety about loneliness’s effect on my health. I lived in Portland, Oregon and it rained all winter. I took long walks through my neighborhood, watched through windows as lights sprang on and families gather around tables, saw the blue light of televisions flickering. Inside those houses intimacy was a kind of weather system as thick and pervasive as the rain that left me raw and damp on the sidewalk. Inside those houses was another climate altogether.

But here’s where my thinking about loneliness gets complicated. When I look back, the moments preserved most vividly in memory are the moments I was most intensely lonely. I don’t mean times I was alone—I mean times I felt loneliness swelling in my throat, felt longing on my skin like sunburn. College nights when I sat up late working on a novel in my dorm room. The fir tree outside my window, the canny look in a crow’s eye as it peered inside at me. I bought a large coffee and a Boston crème donut around 10 p.m., and set to work, the night unfolding ahead of me, Belly and Mazzy Star on my stereo, my imagination a universe inhabited by me alone. As in my early childhood, the loneliness felt like fertile ground for other things—ambition, creative impulse.

When I was 25, I went to the UK for three weeks, drifting from hostel to hostel. I found myself on a nighttime ferry from Dublin to Wales. The boat was huge and seemed set up for some other night, some other, larger group. A huge dining room was decorated with elaborate and meticulous place settings. I walked from empty table to empty table, touching a knife here, a fork there. I climbed a set of stairs, went through a door, and found myself outside on the uppermost deck of the ferry. Wind whipped my hair, my dress. The sky above seemed full of personality, dark complicated clouds, an explosion of stars. A sky that seemed to feel everything I’d ever felt, every stormy emotion. I had a startling and wonderful thought: no one knew where I was. Not the boy I’d been dating in Portland, not my mom, not the friend I’d left in Dublin. I felt it like a shot of bourbon, burning and beautiful. I felt space opening around me, an exquisite sense of having room to breathe.

As a kid I loved the ee cummings poem about loneliness—you know the one—in which a falling leaf drifting down the page equals loneliness, but also “oneliness,” loneliness suddenly synonymous with autonomy, independence, freedom, and selfhood.

These days, with husband, two young children, teenage stepdaughter, dozens of students and colleagues, with Facebook and Twitter and Instagram in the palm of my hand—I miss solitude, but who doesn’t? I also miss loneliness. I miss the burn of it, the ache in my throat, the longing that seems to move in and out of my body like a spirit, like another self.

I’m grateful for my beautiful family, my friends and colleagues, neighbors, small-town community, the larger writing community. I’m grateful to have intimacy, the opposite of loneliness. I’ve realized something about that tower I wanted to be rescued from; the fairy tale metaphor still works, but in reverse. I was never in a tower, not then. I was outside with the thorns and the wild forest. It was huge, wild, and free. Now I’m in the tower, safe and comfortable. I know the forest outside, how vast and dangerous it is. Still I long for it.

It’s a particular kind of irony to be lonely and long for intimacy, and then to have intimacy and long for loneliness. Maybe other parents feel the same—the moments of their day, even the ones that used to be private, so full of company there’s no sense of autonomy. Or maybe it’s just me.

I’ve come to associate loneliness with wonderful things: ambition, attention to nature, the creative impulse. And something harder to define, something to do with being present in the moment, a kind of rapt (but not always comfortable) state of being, in which time stretches and lengthens. The only word to describe this state is lastingness, moments we inhabit so fully, it’s as if whole lifetimes are played out in a few seconds.

I’ve thought a lot about what I want for my children: loneliness and intimacy, periods of connection, and periods in which they’re so thoroughly awash with longing, time seems to stop. I’m lucky for my tower. But I have to find a way out of it sometimes if I want to stay connected to the girl I was, waiting on that streambank for a black snake to appear; the 19-year-old writing into the night in her dorm room, fueled by coffee and sugar and ambition; the young woman under that complicated sky in the windy night halfway between Ireland and Wales.

Miciah Bay Gault is the author of the debut novel "Goodnight Stranger," forthcoming from Park Row Books/HarperCollins. She grew up on Sanibel Island, Cape Cod, and other beautiful places. A graduate of the Syracuse MFA program, she now teaches in the Writing and Publishing MFA program at Vermont College of Fine Arts and is the coordinator of the Vermont Book Award. She’s the recipient of a Vermont Arts Council Creation Grant and a fellowship at the Vermont Studio Center. She lives in Montpelier, Vermont, with her husband, three kids, and some backyard chickens.