An upcoming shortage of the mineral will threaten global food security. 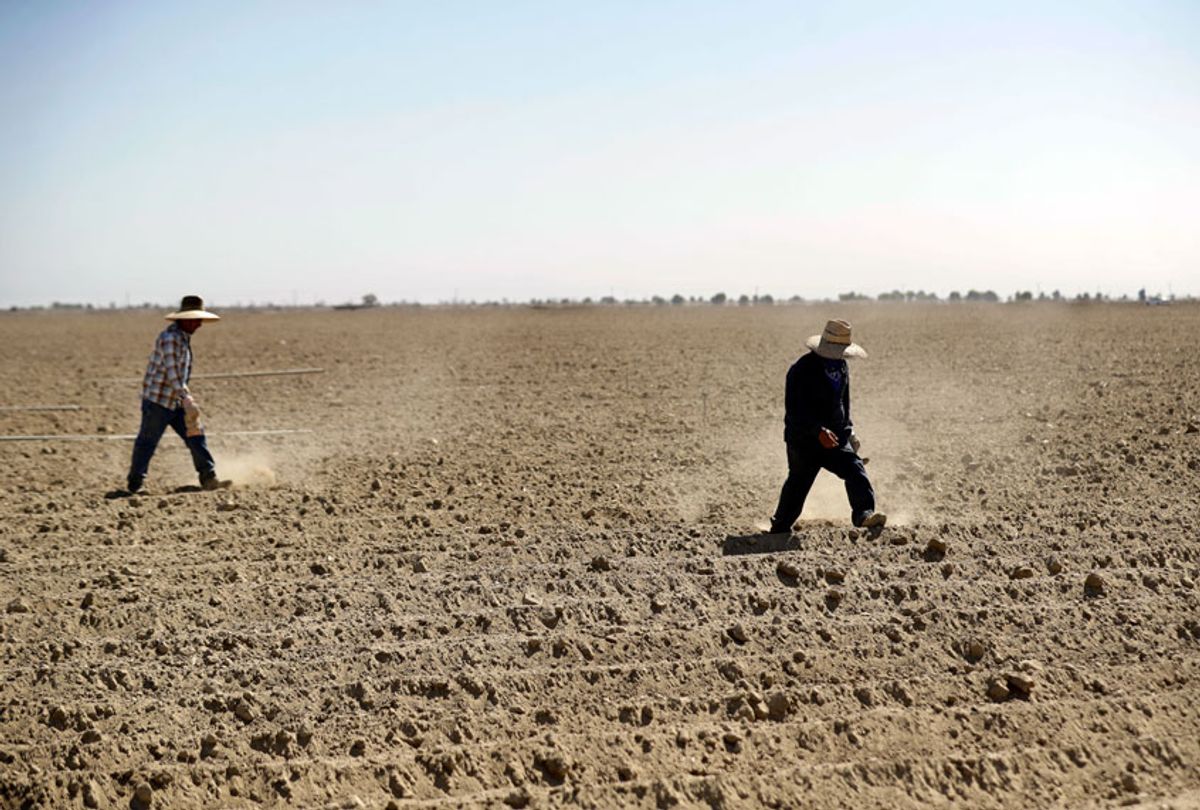 By 2030, the world’s population is projected to be about 8.5 billion people. Global food security is a major concern for governments - zero hunger is the second most important of the United Nations Sustainable Development Goals.

However, there is a severe conflict between sustainable food production and the use of nonrenewable resources in agricultural systems, particularly phosphate. Phosphorous is a major mineral nutrient required by crop plants for optimal growth and productivity. Phosphate is the only form of phosphorous that plants can absorb — it is often applied to crops as phosphate fertilizer.

Phosphate is obtained through rock mining. Seventy per cent of the world’s phosphate reserves are located in North Africa. China, Russia, South Africa and the United States all have limited quantities of the mineral rock.

Scientists have reported that global phosphate production would peak around 2030, at the same time the global population will reach 8.5 billion people. Several reports have also warned that the global reserve would be depleted within the next 50 to 100 years. Current agricultural practice involves the use of a high amount of phosphate fertilizer in order to achieve optimal plant yield.

This is because of the chemical properties of phosphate, which interacts with soil particles in a way that makes it difficult for the plant to acquire, leaving a large portion of the element in the soil surface.

Because plants can only uptake small amounts of phosphate, a large majority of fertilizer ends up in unwanted places, like bodies of water, making these practices ecologically and financially unsustainable. It is only reasonable to fathom that as phosphate becomes more expensive and may eventually run out, it not only poses a food security threat, but may also pose political crisis between phosphate rich countries and importing countries.

Many researchers across the world are committed to this effort including the Global Institute for Food Security (GIFS) at the University of Saskatchewan. My doctoral research at GIFS investigates the role of mobile molecules in the integration of root and shoot growth under mineral deficiency conditions. The GIFS research team explores how molecules produced at one part of the plant — for example, the shoot — modulates the plants response to mineral stress at another part, like the root.

A stitch in time saves nine, and it is with this in mind that researchers across multiple disciplines are looking for ways to optimize phosphate use in crop plants. Soil scientists seek ways to improve soil phosphate management, while plant biologists have intensified their efforts in understanding how plant can adapt to limited phosphorous.

Indeed, considerable achievements have been made in understanding plants’ adaptive response to low phosphate in soil. For example, when plants are starved of phosphate, they stop the growth of their primary root and grow more secondary roots and root hairs in order to increase their ability to absorb phosphate in soil with lower levels of the mineral. This strategy that is referred to as changes in root system architecture.

Another strategy is that during low phosphate conditions, plants are able to remobilize stored phosphate to other parts of the plant in order to maintain growth and development. During this period too, plants change their gene expression pattern in order to adapt. They increase the expression of genes that are involved in phosphate uptake from the soil; in other words, more effort is committed to looking for and acquiring phosphate.

Interestingly, advancements in genomics and biochemistry have helped us to uncover some of the genes and proteins that control these processes. However, some regulatory genes that control plant response to low phosphate are still unknown, making it difficult to breed crops that are well adapted to low amounts of phosphate.

This month, a major discovery was reported in the journal Plant Physiology. An international team of scientists discovered a protein in plants that is able to sense phosphorous levels in the soil and then tells the plant to adjust growth and flowering. The protein, called SPX4, regulates the genes that control phosphorous uptake, plant growth and flowering time. It tells the plant when it has acquired enough phosphorous and coordinates with the roots to stop uptake.

This discovery about how a protein integrates nutrient status with development will help us to understand how plants can perform well even with limited phosphorous application.

Another research published in the journal Cell identified a gene that regulates root system architecture. Researchers showed that this gene modulates a plant hormone, ultimately regulating the depth of the root system. Although this research does not directly involve phosphate, a better understanding of root development will also help in the quest for developing crop varieties that have better adaptation to low phosphate.

Considering the problem at hand and the advancements in technology, this is an exciting time to study phosphate signalling in plants and develop crops that can better adapt to low phosphate. This will ultimately help us to produce enough food for the growing population without having an adverse effect on the environment. Government and funding agencies should support more fundamental and applied research that seek to understand how plants behave under low phosphate conditions.