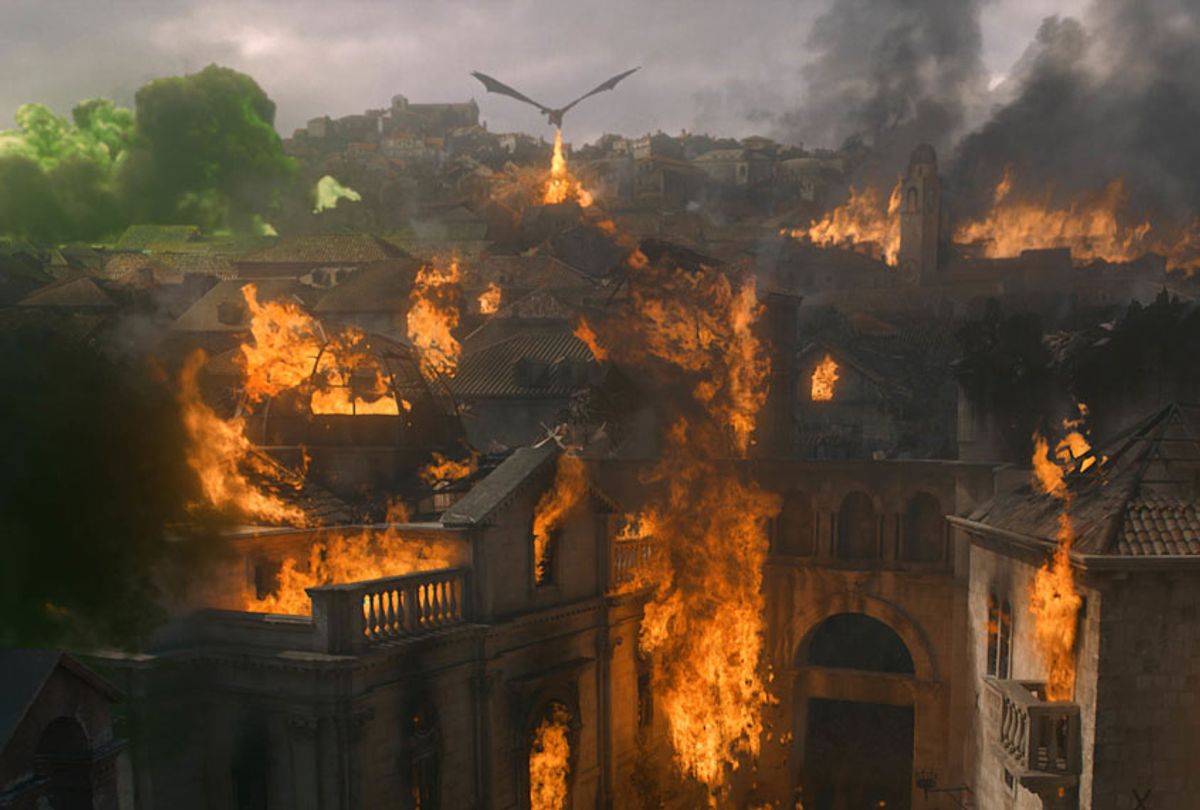 One of the most emotional moments in the “Game of Thrones” series finale is when Drogon, the last surviving dragon, burns down the Iron Throne following the death of Daenerys Targaryen. The final “Thrones” episode made a lot of decisions that baffled fans, but one thing many viewers agreed on was how fitting Drogon’s destruction of the Iron Throne felt from both a narrative and thematic standpoint. Unfortunately, Drogon’s big Iron Throne moment was an accident.

In the wake of the series finale earning an Emmy nomination for Outstanding Writing for a Drama Series, a downloadable version of the final “Thrones” script is now available to read online. The screenplay, written by showrunners David Benioff and D.B. Weiss, confirms that Drogon’s Iron Throne moment was not as purposeful or symbolic as television critics and fans made it out to be after the episode aired. Per Benioff and Weiss, Drogon was just blowing fire and happened to hit the Iron Throne and melt it into a puddle.

The “Thrones” script reads: “[Drogon] looks down at Jon. We see the fire build up in his throat. Jon sees it as well. He prepares to die. But the blast is not for him. Drogon wants to burn the world but he will not kill Jon. He breathes fire on the back wall, blasting down what remains of the great red blocks of stone. We look over Jon’s shoulder as the fire sweeps toward the throne — not the target of Drogon’s wrath, just a dumb bystander caught up in the conflagration.”

The fight for the Iron Throne made up the backbone of the entire narrative behind “Game of Thrones,” which is why many fans were surprised and moved by Drogon’s destruction of it in the aftermath of his mother’s murder. George R.R. Martin’s book series goes by the name “A Song of Ice and Fire,” so it appeared even more intentional that the Iron Throne met its demise because of dragon fire. Alas, the Iron Throne is just a “dumb bystander” that got accidentally caught in Drogon’s emotional freakout.

Benioff and Weiss also earned a directing Emmy nomination for the “Game of Thrones” series finale. Read the finale script in its entirety here.

Read more IndieWire: Bruce Lee’s Protégé Speaks Out Against 'Once Upon a Time in Hollywood' Portrayal