Foodies, take note! This up-and-coming culinary destination should be on your radar. 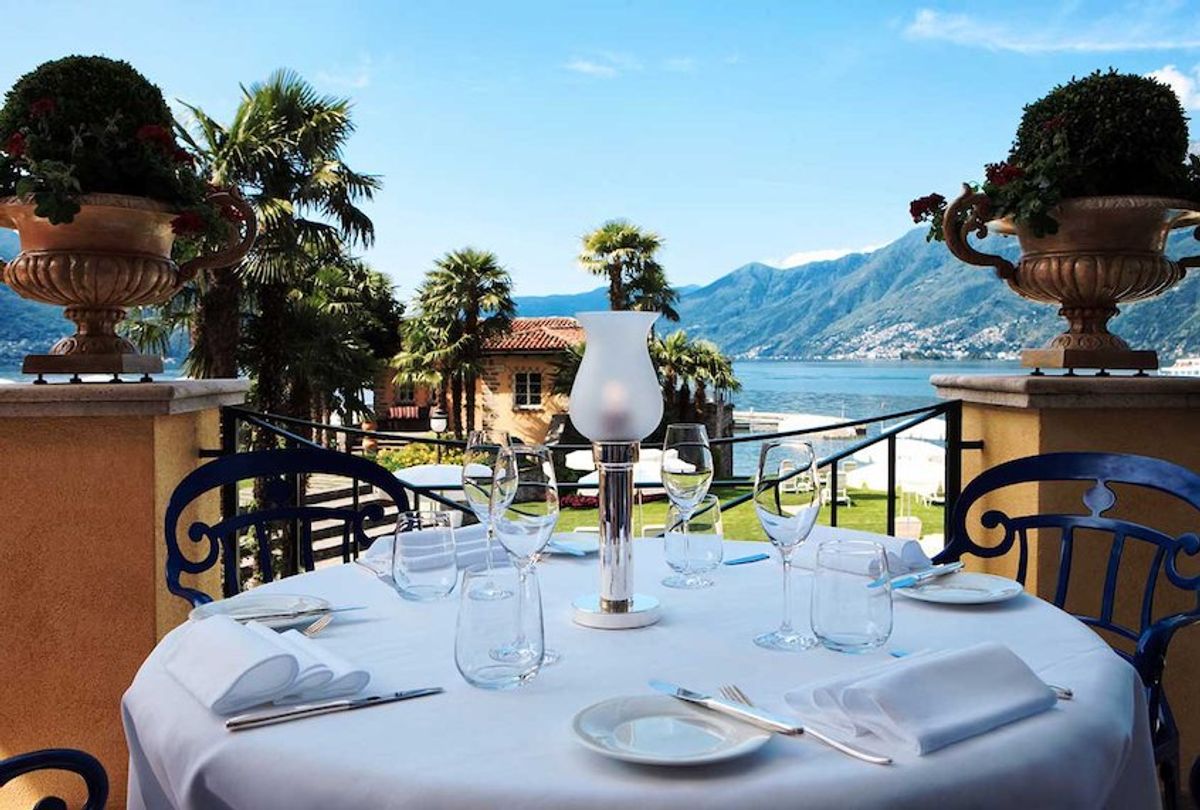 THE ALPS, Switzerland - Apart from the haute-cuisine playground that is Zurich, we tend to think of Switzerland's culinary scene as heavy mountain fare: cozy, belly-filling meat and potatoes, and of course, fondue. But a new wave of chefs sprinkled across the Alps are tossing that tradition out the window in favor of inventive, worldly dishes — and the culinary world is taking notice. Witness the recently released Swiss Michelin guide, with 21 new one-star restaurants. Here are five stellar Alpine dining destinations — all from towns other than Zurich — redefining Swiss mountain cuisine. 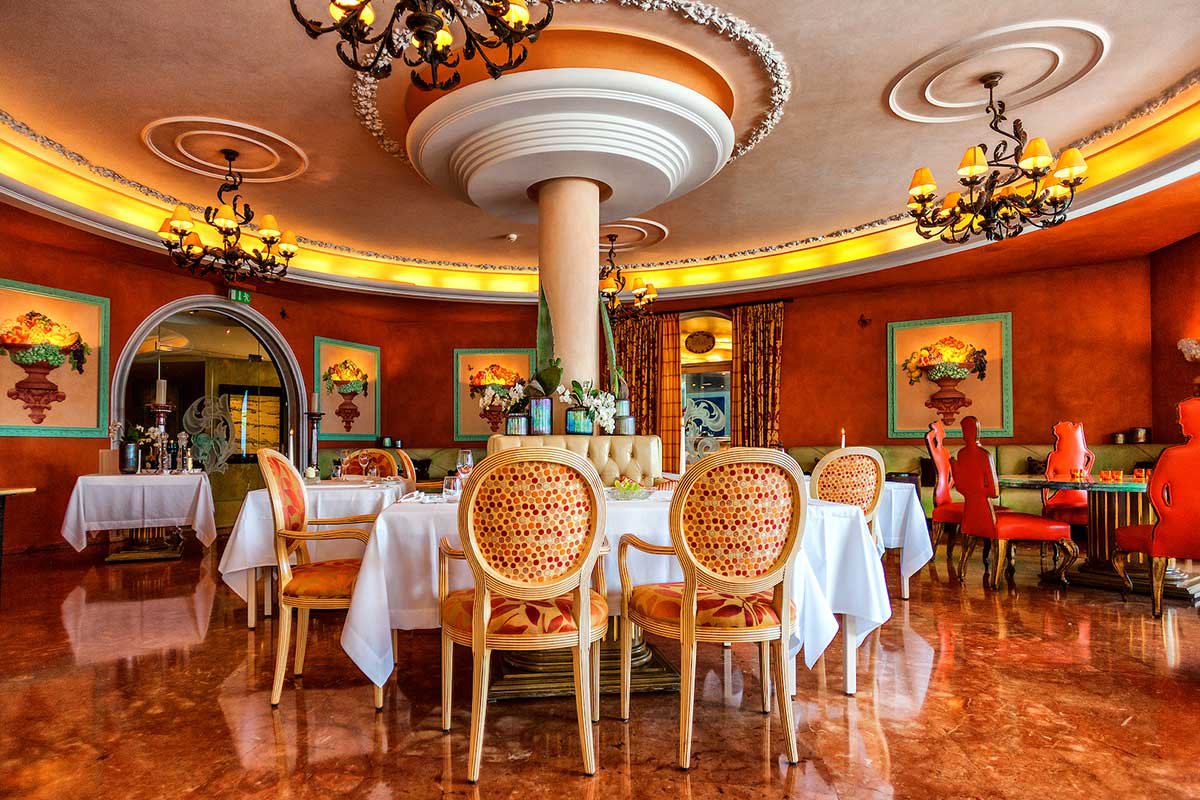 Nestled in the local-favorite resort town Ascona, beloved for its Italian-esque architecture and promenade lined with gelato shops and trattorias along Lake Maggiore, La Brezza earned its first Michelin star this year. Chef Marco Campanella, who took the helm in 2017, was named Gault Millau's "Rising Star of the Year 2018” as well as their “Ticino Discovery of the Year 2019,” and at La Brezza (part of Hotel Eden Roc), his Mediterranean-inspired cuisine (think stuffed eggplant with pearl onions and harissa) is turning heads. 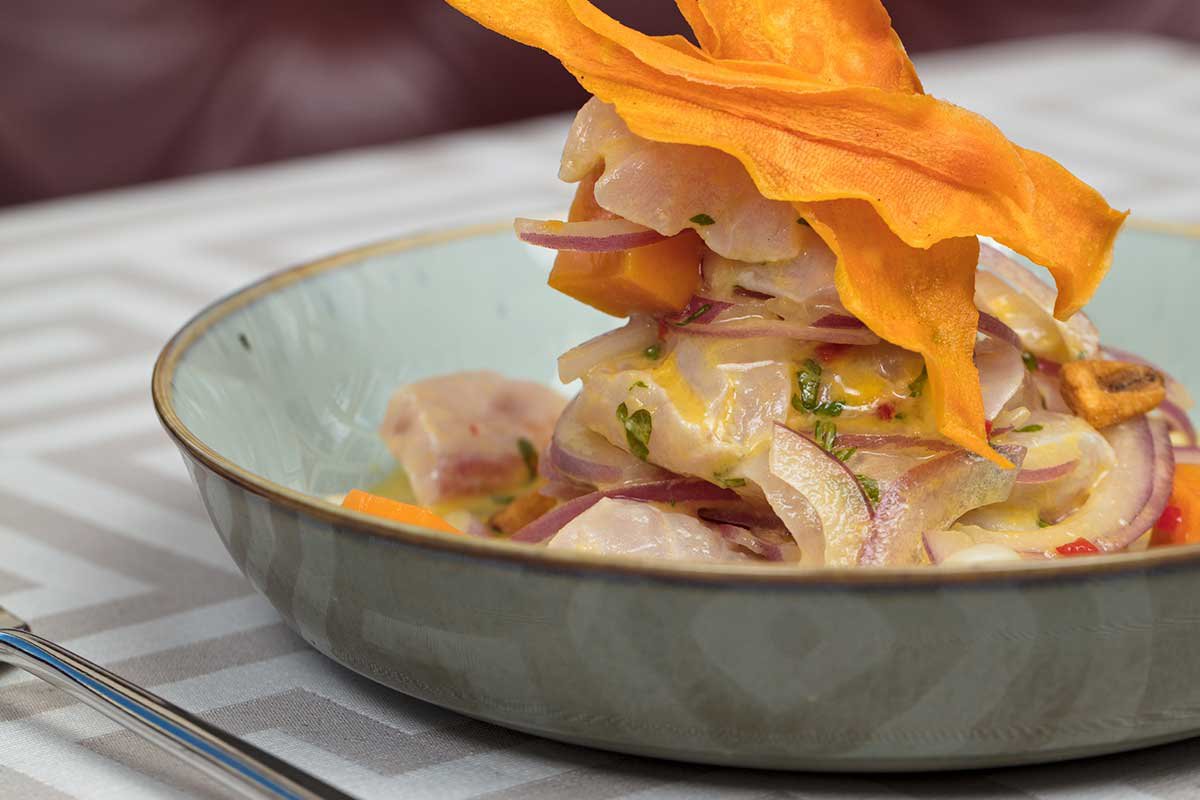 The K by Tim Raue

The Asian-inspired fusion restaurant also received a star back in February, under the guidance of celebrity chef Tim Raue (whose eponymous Berlin restaurant is ranked 37th of the World’s 50 Best Restaurants). The K, inside the five-star Kulm Hotel St. Moritz, is chic and poppy, with clever flavor combinations and modern Asian twists. Once it reopens in December (it’s open only during the busy season), try the satay guinea fowl with peanut, cucumber, peanuts, and coconut-coriander cream, or the wasabi rock lobster with mango and Vietnamese chili sauce. 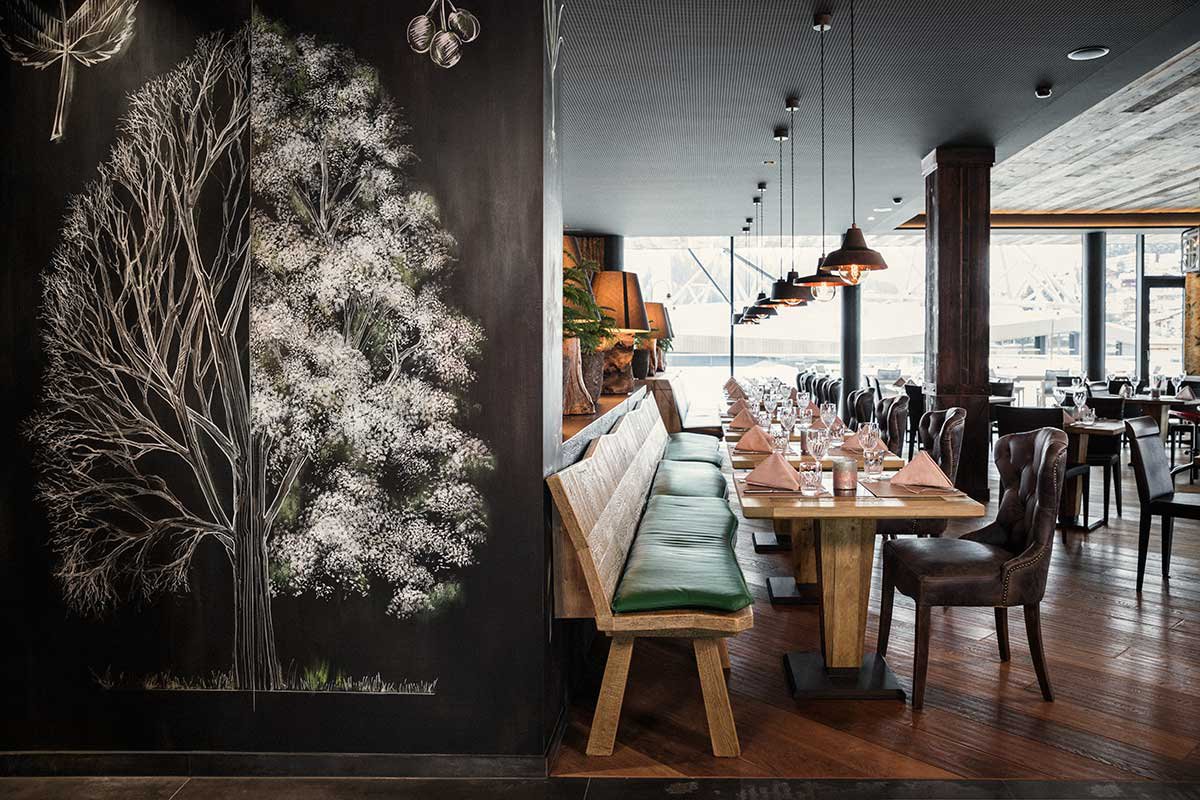 The Alpine resort village of Arosa is known for its quaint boutiques, lovely hiking trails, crystalline lakes, and charming cable car. It’s the kind of healthy, cozy little town where a restaurant like Twist (inside the Valsana Hotel) feels right at home. Healthy, locally-sourced juices, salads, and grain bowls are served alongside a wine selection hailing solely from Europe to cut down on delivery routes. The chef creates seasonal dishes incorporating meat, fruit, and veggies from local producers, cheeses from Arosa-based dairy farms, and bread baked daily in town. 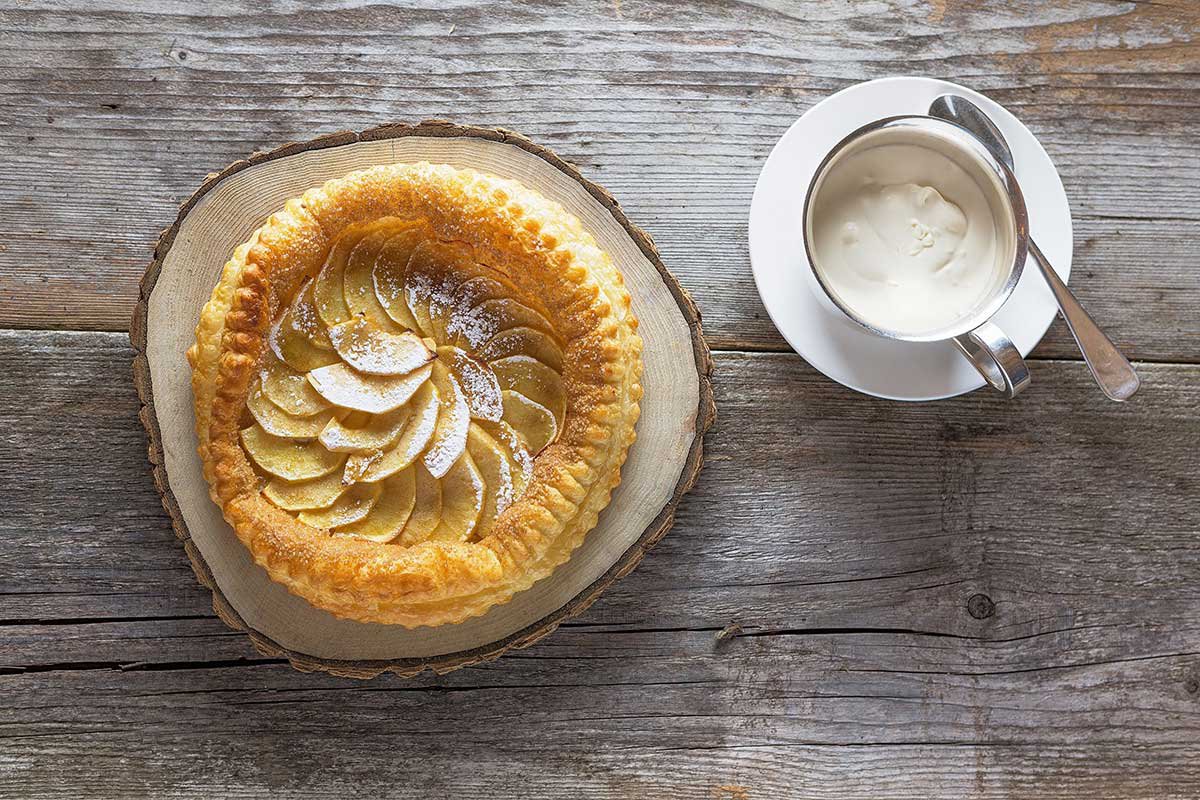 Combining the laid-back coziness of a bistro with the gourmet fare of a fine-dining establishment, Leonard’s — which was awarded one Michelin star — takes comfort food to the next level. Situated in Gstaad, a chi-chi resort town with ski runs open almost year-round, Leonard’s is the crown jewel of Le Grand Bellevue hotel, serving up elevated Alpine dishes such as braised veal tortellini with porcini mushrooms and vegetarian risotto with rocket, zucchini, olives, and pine nuts. The wine cellar is home to more than 9,000 bottles and can be reserved for private dinners and hip events. 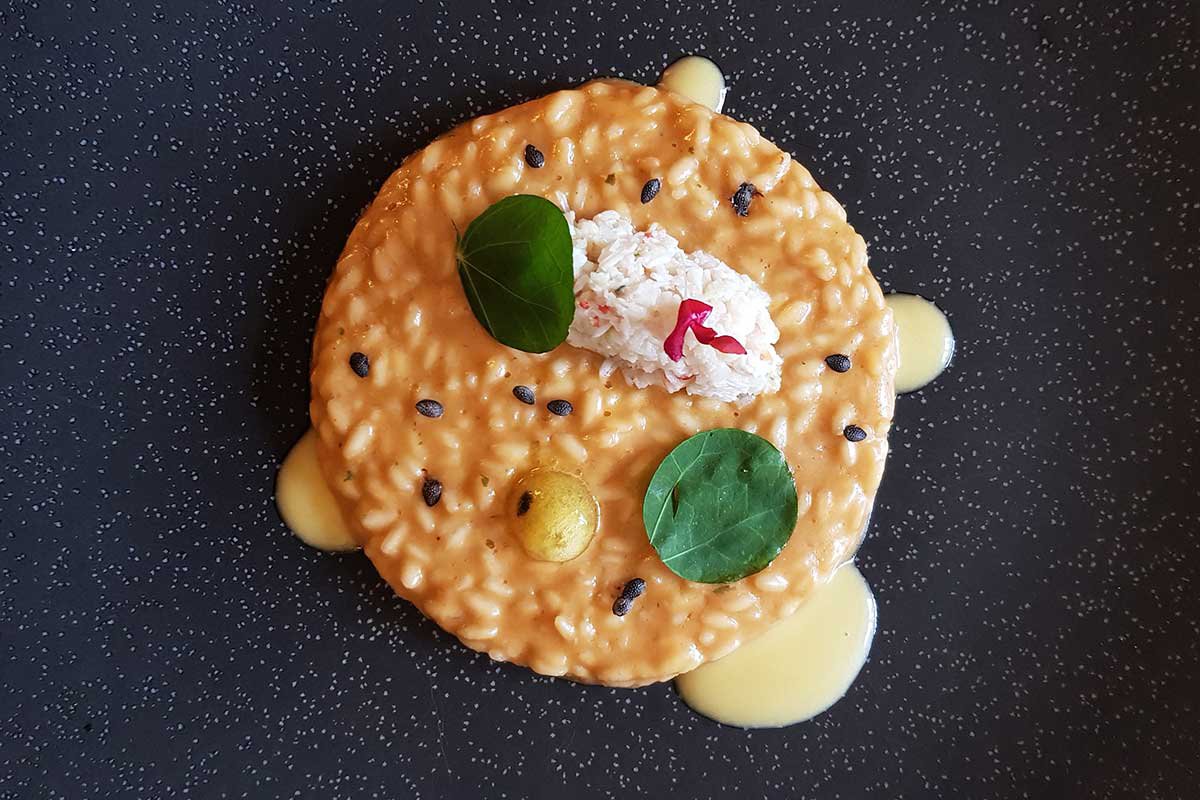 Its tagline is “Restaurant D’Emotions,” and you’ll certainly get all the feels from its fusion fare, with the chef mashing up flavors from France, Italy, and other regions. In a landlocked country, this seasonal Verbier establishment (inside the luxe Le Chalet d’Adrien) sprinkles seafood onto its menu, with dishes like lobster and eggplant cream, and clams with white wine and crispy saffron, alongside more carnivorous fare like braised lamb and suckling pig.

A Swiss Vegetarian Restaurant Even Carnivores Will Love
Find the Best of the Mediterranean Where You Weren’t Looking for It. In Switzerland.
There’s More to Zurich Than Fondue, Not That We Mind the Fondue