Margaret Cho pushes back against Louis C.K.'s return to the stage in the wake of #MeToo 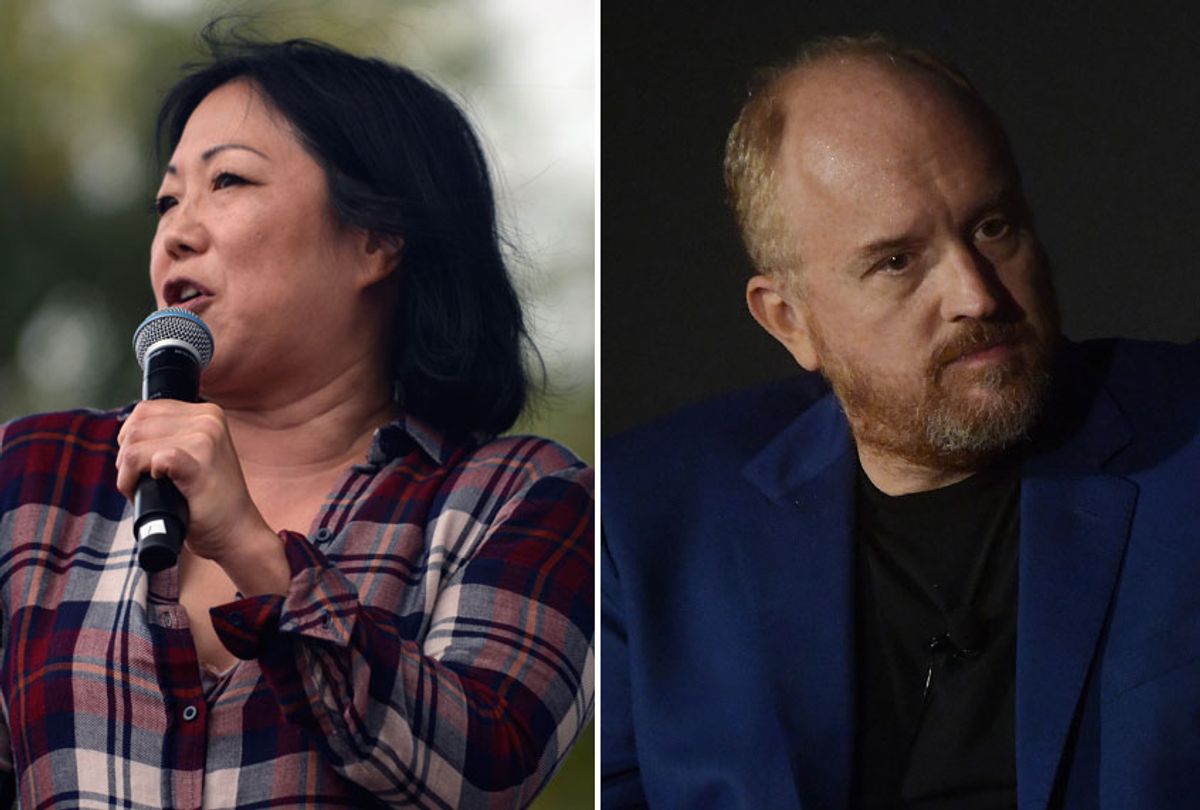 The rise and fall of Louis C.K. has always been a hot topic on BUST’s Poptarts podcast—the biweekly show I host. As an interview program that evaluates pop culture through a feminist lens, we often find ourselves speaking with female comedians about what it’s like to work in such a male dominated field. And ever since The New York Times published allegations of sexual harassment against C.K. by five women in November 2017, this open secret about backstage abuse of power on the standup circuit has become emblematic of the struggles many women face in the industry.

Of course, there is no cookie-cutter response when grappling with the issue of both C.K.’s blacklisting and his return to the stage, which began nine months later in August 2018 and is still ongoing. When we asked his friend and colleague Janeane Garofalo about it in December of last year, her response shocked so many that that it went viral.

“Leave Louis C.K. alone,” Garofalo said, getting obviously heated. “He has suffered…if you can find no compassion for him, which I think you should—think about how his daughters feel when they hear this stuff.”

Eight months later, we’ve found ourselves digging into the issue once more, in the wake of C.K.’s surprise set at a Brooklyn comedy festival called Skankfest this summer. This time, our guest for this discussion was the one and only Margaret Cho, a true comedy legend with a career that spans more than 25 years and every facet of the comedy industry. We filled her in on our previous conversation with Garofalo and asked her to weigh in. In true Cho style, she did not hold back.

“For some reason, male comics are feeling like their time is ending, that their reign is ending,” she said. “When someone like Louis C.K. can be taken down . . . because if you look at him, he’s at the top of his industry. I mean, nobody’s ever achieved what he’s achieved in comedy, really, if you think about it. But also, he's a sexual predator.”

"If you’re in that position of power, then it’s up to you to make people come and ask you to come and jerk off in front of them. I think that’s the only way," Cho said, with a laugh. "Unfortunately, and you know it sort of goes along with the things that he did—he’s not going to ask for consent to perform again."

"And I don’t think he suffered enough," Cho added. "I don’t think he’s suffered at all. He’s fine. He’s got plenty of money. Now he doesn’t have to work unless he really wants to go do a set somewhere. Whatever. I mean, he’s f**king fine.”

Listen to the rest of this interview, in which Margaret Cho revisits her clash with Tilda Swinton over Hollywood whitewashing, discusses her status as a bisexual icon (bicon!), and more, over at BUST.