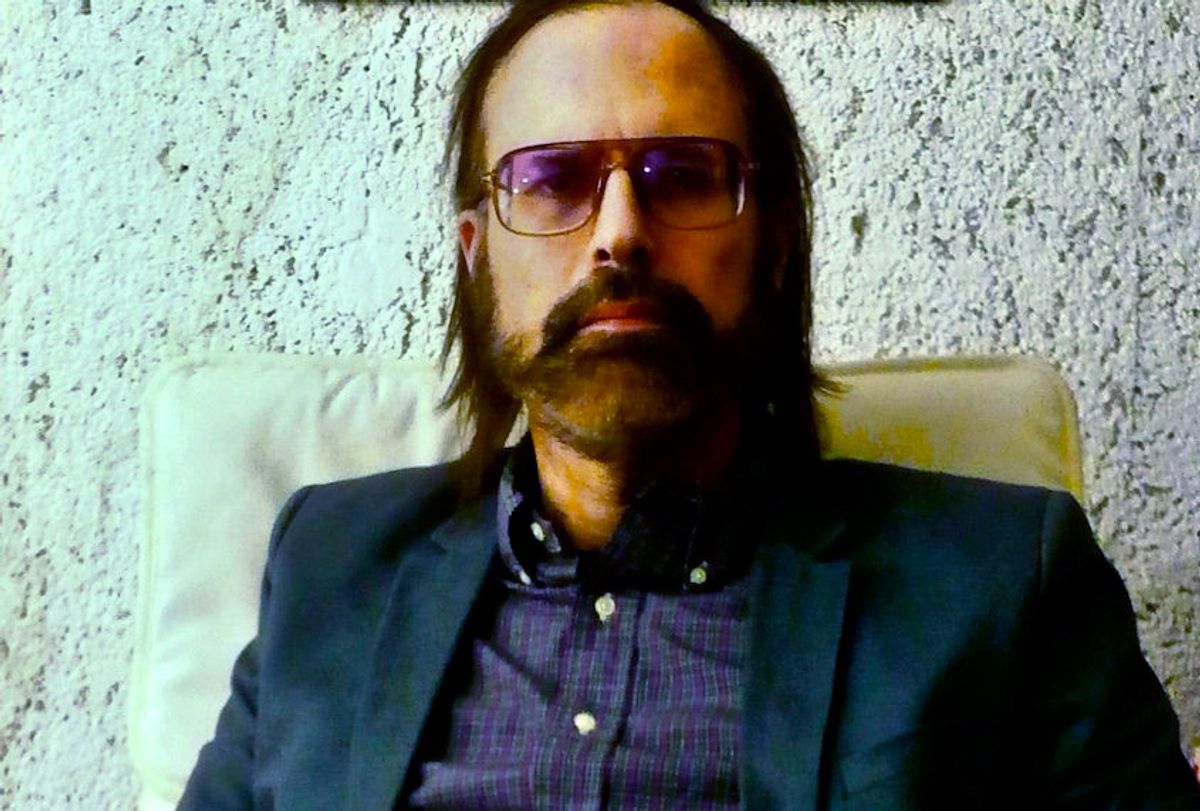 This story has been updated since publication.

It’s 1:37 a.m. right now, just barely Thursday morning. I’m sitting in the parking lot of a nondescript apartment building in the suburbs of Louisville, KY. It’s quiet. Very quiet. Save for a belabored sprinkler drenching the well-manicured lawn that fades into a lightly wooded area, and some wry, lachrymose songs blasting from my car stereo. It’s the music of celebrated indie poet laureate David Berman. A few hours before I started writing this, Berman’s longtime label Drag City announced his passing at the age of 52, and we now know the cause of death was suicide. He’s the reason I moved to Louisville.

Well, he’s not the only reason. As a misfit teen in rural Appalachia, music was a lifeline for me. It was so important that I decided to move to Louisville for college, because it had such a rich musical legacy for a mid-sized city. Smart, right? There was Squirrel Bait, Slint, Rodan, Rachel’s, Crain, and so many more. Not to mention one of the dudes from Sebadoh lived there. And one of the Pavement guys. Oh, and of course the Pavement-adjacent David Berman, of Silver Jews fame. He was onto some serious shit. A lot of those folks were. I had to go there.

This anonymous complex is the last place in Louisville Berman lived before moving to Nashville in the late ’90s. What I didn’t know as a teen is that, when Berman said, “You know Louisville is death, we've got to up and move” on the 2001 album “Bright Flight” (consequently released on my birthday, and my introduction to the band) — he meant it. I found out years later that he was decidedly not a fan of my adopted hometown.

That’s the thing about Berman’s songs. Every line feels like it’s delivered with a wink, no matter how direct or devastating. Take the opening of 1998’s sophomore LP “The Natural Bridge”: “No, I don't really want to die / I only want to die in your eyes.” On paper, those words look excoriating. Yet when you hear them in his nonchalant baritone, it could just as easily be an aloof invitation to friendship. Who knows?

What I did know was this: Even the stuff that didn’t make sense still made sense. Like Elliott Smith and Jason Molina, Berman had the post-grunge melancholic midtempo vibe in spades. You could hear the alienation in his voice, feel the discomfort in his lyrics. He was onto some serious shit. As a kid in the middle of nowhere, it resonated with me.

That’s not because I was sad and mopey, per se. I was no more depressed than any 18-year-old who cried himself to sleep five nights a week after hours of panic attacks while reckoning with his mortality. Don’t get me wrong, that certainly jibed with the Silver Jews schema. But my fascination went beyond stereotypical Gen X malaise, never mind that the outside world would assume that time and culture moves everyone along at the same pace and call me a Millennial. It was as temporal as it was spiritual.

Throughout Berman’s catalog, there are pointed references to all kinds of locales: Dallas, Cleveland, Malibu, South Dakota, Australia, Kansas City, my beloved Louisville. They all seemed like places you didn’t want to be, places you didn’t belong, places you couldn’t belong. As someone who — from his earliest memories — felt like an outsider in every tiny burgh that dotted his landscape, this brand of rootlessness was all I’d ever known. He was onto some serious shit. I could feel it.

David Berman didn’t just seem like an itinerant loner genius, though. He seemed like an approachable itinerant loner genius; the kind of guy who sauntered through town and inspired you to pick up a guitar. When you encountered Elliott Smith’s technical and compositional prowess, it was clear you’d never be that good. Nobody could, so why try? Conversely, Berman’s songs never seemed unattainable. You and your buddies could do that with a little practice, right?

And when you experienced Jason Molina’s languid lyricism, you might’ve felt deep kinship through his beautifully somber dirges — but you were too busy crying to think, “I should write songs like this!” Berman’s sardonic approach and light touch, however, kept things winsome enough to encourage enthusiasm.

In other words, listening to his songs inspired you to say, “I want to make art, too.” Then you pause for a moment and hear what’s going on in his songs. The layers start unfolding. The text, subtext, and pretext co-mingle with your own context. Your head starts to swirl.

The bits and pieces that seemed deceptively simple are now revealed as complex. A line like “the dead do not improve” hits you over the head. You realize he can say more in five words than you’ll ever be able to say in your entire life. That’s when you close the guitar case and say, “Welp, forget that.”

Eliciting the simultaneous reaction of “I want to do that!” and “I could never do that!” is rare, and sneaky. That’s what David Berman’s music was: rare and sneaky. He was onto some serious shit.

Unlike so many peers, his music maintained that quality until Berman’s last days. Granted, he put Silver Jews to bed in 2009 and hadn’t released anything in years. But that all changed when fellow former Louisvillian and former Silver Jews bandmate Bob Nastanovich announced last December that new music was on the way from the grizzled songwriter.

Sure enough, Berman debuted a new band called Purple Mountains in May with the single “All My Happiness Is Gone.” A self-titled album followed in July. And god damn, it was good. I’ve heard speculation that it could be his best. It’s tough to fully agree, but a serious argument can be made.

Not only was he releasing amazing new music, but he was doing something very un-Bermanlike: talking. A lot. In the past, he rarely did interviews. Relatively speaking, the handful of interviews he granted to promote the Purple Mountains debut felt like hundreds. In addition to the expected self-effacement and skepticism, he expressed genuine optimism about his musical future, admitted that late quarterback Steve McNair’s moves got him teary eyed, and laughed over his favorite “silly and moving” Johnny Paycheck lyrics.

Compared to years past — when headlines involved drug use, a suicide attempt, or breaking up his band to go on a personal crusade against a lobbyist father who wore the nickname “Dr. Evil” as a badge of honor — he seemed in relatively good spirits. As good as can be expected for someone whose latest record contained lyrics like “the dead know what they're doing when they leave this world behind” or “if no one's fond of f**king me / maybe no one's f**king fond of me.”

Berman might not have been out of the woods, but he was standing at the treeline. Just like the treeline I’m staring at. The one he stared at once. I imagine seeing him there now. He was onto some serious shit.

I’m gonna miss David Berman. I already do. But you know, sitting in this soulless parking lot surrounded by anemic white brick apartments for the last three hours . . . I can see why he hated Louisville.