"Chasing the Cure": Ann Curry talks about the power of crowdsourcing wellness 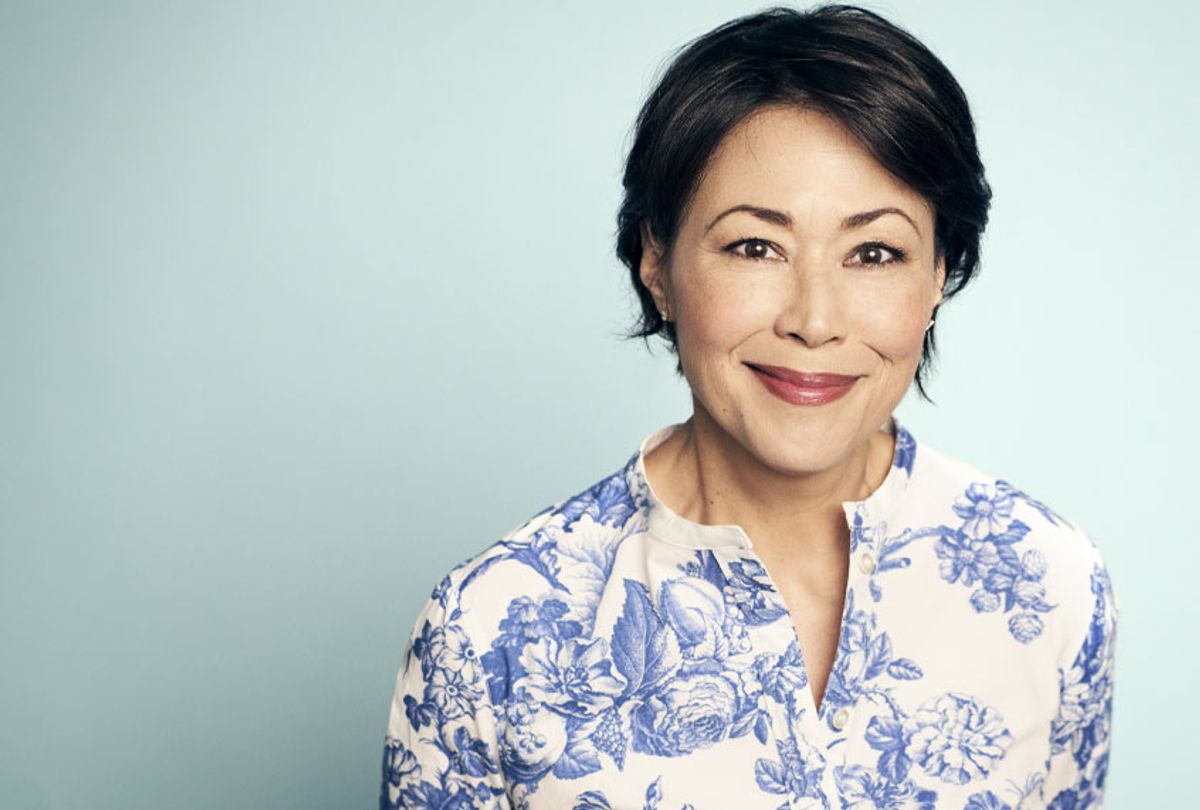 On the face of it, “Chasing the Cure” sounds like a terrible idea. The series places patients with severe undiagnosed or misdiagnosed illnesses in front of thousands of people, including doctors and other patients, via live TV and social media, with the hope that within that vast audience awaits someone who has the answer that can heal them. And to the uninitiated, this sounds a lot like turning to WebMD or other online resources to find out what’s causing that nasty headache, only to be horrified by the answers given by unqualified professionals.

But the version of patient crowdsourcing “Chasing the Cure” seeks to harness via its 24/7 digital platform and its 90-minute live telecasts, which premiered Thursday on TNT and TBS, takes a different and more complete approach, connecting medical professionals from around the globe with people who are suffering from conditions for which they’ve yet to find a cure. One featured case on the site is a man with a severe skin condition that has baffled medical professionals. "I would rather find a cure than win the lottery," he says in his video submission.

Another is a young athlete who gained 100 pounds in the space of a year, has major gastrointestinal issues and slow-healing sores. She's hesitant to leave her house.

Illness is an inevitability in life, but what we cannot predict is its severity or whether our doctors will correctly diagnose what’s making us sick. This is why journalist Ann Curry says she signed on as an executive producer and host of “Chasing the Cure.”

Salon sat down with Curry recently at the Television Critics Association’s summer press tour in Los Angeles to find out more about her involvement.

So what do you say to people who may look at this series and immediately say this is a terrible idea? Most people’s doctors tell them that the worst thing to do is to get on Google and look up their symptoms, because the search results are almost always topped by a worst case scenario.

I’m so glad you asked this. So, our project has nothing to do with people going online and Googling their illness. Our project is about people who are suffering from undiagnosed or misdiagnosed illnesses or who are underserved, bringing them in front of the public and connecting them with highly trained doctors, giving them an opportunity to find answers that they haven't had before.

And I understand your reaction. Because to be honest, my first response was wait a minute, how do we do this responsibly? How do we make sure that we are not exploiting these people who are hurting? That's always been in my mind. So what we are doing is we are putting patient-first, top medical minds — without being siloed by geography or by your medical insurance or who you happen to find — directly connecting people with this team on camera.

And we also have doctors behind the scenes including social workers and ethicists. We're also connected with 52,000 physicians across the country. So that is happening. We're also connecting with the public. Yes, the question you're asking is really about, well, so what are you going to get from the public and what do they really know and how can they really help?

So really it is about creating connection. And we have a multilayered vetting system to make sure that data is assessed ultimately by medical professionals before it gets to the patient and gets on air.

There are millions of people in this country who were misdiagnosed every year. There are I don't know how many people who are suffering from never having been diagnosed and don't understand what's wrong with them and suffer for years.

And then you have the people who are underserved, who rarely go to a doctor, who only go to emergency rooms, who don't have an opportunity to be well. We have such an amazing level of quality of medicine in this country. But we have a medical system that silos people. This is the reality.

We're not trying to fix it. But we're saying, what if you can put people where you can punch a hole in that silo and you can get people to high quality doctors? People we had to convince, people you would be lucky to see. I would be lucky to see those doctors. We're putting these patients who really need help in front of those doctors. It's a mitzvah no matter how you cut it. And we're doing it in this manner.

So how do you find the patients to be featured?  I’m guessing that when this opportunity was presented, there must've been an enormous amount of people coming to you and saying, “I have a case.”

Everybody I know who knows that I'm working on this has come to me and said, ‘You know, I know somebody’ or ‘this happened to me.’  The struggle to be correctly diagnosed is something that we all have faced or all will face, and we've seen our loved ones face. I have experienced it, in watching my own parents deal with their separate kinds of cancers and the stories, the cases, are coming to us directly on our website.

So we actually have been a bit flooded already.  Our website has been up for a month and we have hundreds of cases that are coming in. And then we have a panel that includes doctors who are assessing which stories to put on television.

And then they create a space, because most of the cases will be dealt with in our 24/7 onsite community that is growing, with privacy protections and where doctors and anyone who has information has to register. You have to be accredited. You have to be verified to be able to talk in this private space with these patients.

So it's about creating connections. And that website will be accessible to doctors and to people worldwide. So for instance, if a doctor in Hyderabad registers and sees your case, and he has a patient, he could connect with you in Bakersfield, California. That's the beauty of this. In asking these questions, we're doing something that hasn't been done before and it has been really demanding to do it right.

This is also an interesting undertaking at this time when we have such a discussion over health care in this country, not just in terms of insurance and affordability, but the quality of care people receive depending on socioeconomic status. Looking at “Chasing the Cure” through that lens, what kinds of steps or processes do you have in place once a patient might receive a diagnosis? Is there any support system to ensure they get the care that they need?

On our team there is a social worker and there's a psychologist. These are behind-the-scenes doctors, our patient procurement team. Basically they're people who are connecting directly with patients on the phone in a supportive manner and to make sure that I am clued in and that everybody on the staff is clued in as we handle their cases one by one.

I see my job as a patient advocate. And if someone  decides they want to appeal to the crowd and to these doctors we have on air, and they're nervous or they change their mind, I'll be the first one to defend them. What I've always tried to do is defend people and that'll be what I do in this broadcast as well.

You clearly have a personal passion for this subject and other service-oriented projects. I’m not only referring to this, but talking about your series “We'll Meet Again” and the general direction that your career has taken. You’ve spoken about your parents and their struggles with cancer, but is there another aspect to your personal investment in this project?

It really is basic. I have spent a career trying to give voice to the voiceless, to people who are rarely heard and who are suffering.

I have spent years covering the underserved and I've done primetime reporting on some of the poorest places in America, where people have not ever gone to a dentist, who have lost their hearing and do not have access to a hearing aid or hearing doctor. So I thought, having had that experience, how could I say no? I've covered medicine in my career, but mostly the connection for me has been to give voice to people who are rarely heard. That's the connection. That's what I've always tried to do. And these are people who are rarely heard. So I had to say yes.

You’ve also had a lot of experience with the unpredictability of live TV, which is going to be really interesting in this particular forum.

You're absolutely right. Because the live element will amplify what you're seeing on social media. And virtually all of us have been exposed to that person who's posted about the family member or somebody they love who's ill and that person is struggling to be diagnosed or they can't pay for their medical bills.

I actually enjoy live [TV] because there's something authentic and honest about it and very powerful about it. But it also going to be an hour and a half.

It is going to be a very intense time because there are going to be these unpredictable moments when you're dealing with real people who are going through the experience of being on live on television, talking about an illness.

You’re going to have a lot of people who are coming to you at their most vulnerable point.

Right.  So they need a defender. And that's how I see my job. I'm called an anchor on the broadcast. I'm an executive producer on the entire project and I can tell you my hands are very dirty.

I think that because people are going to be vulnerable. we have to make sure that we defend them even from themselves to some degree, because desperation can make you do things that maybe you shouldn't do. And I have to use every ability that I have gained over nearly 40 years of journalism to get this right. And I hope I do.