"I have the utmost belief in my abilities," he shared, "and I refuse to let the opinions of others define me" 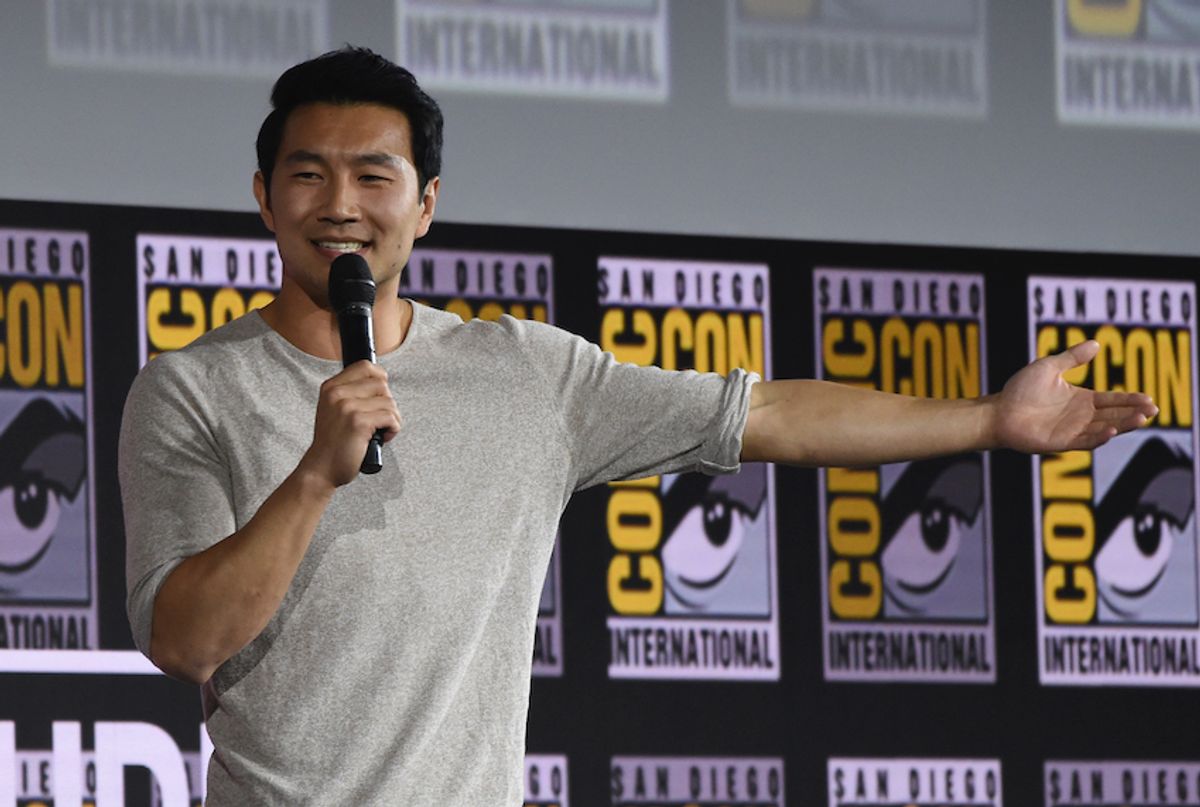 Simu Liu speaks during the "Shang-Chi and The Legend of the Ten Rings" portion of the Marvel Studios panel on day three of Comic-Con International on Saturday, July 20, 2019, in San Diego. (Chris Pizzello/Invision/AP)
--

One of the biggest announcements made at Marvel’s San Diego Comic-Con panel in July was the casting of Simu Liu in the title role of “Shang-Chi and the Legend of the Ten Rings.” The historic Marvel film will be the first movie in the Marvel Cinematic Universe to feature an Asian superhero in the leading role. Liu is now poised to be a breakout global star after gaining attention on the Canadian sitcom “Kim’s Convenience,” but not everyone is convinced he’s right for the part. The popular YouTube channel Asian Boss posted a video August 8 questioning Liu’s casting based on his physical appearance. The outlet took to the streets to ask Chinese people whether or not Liu was “too ugly” for the role.

In a response to Asian Boss posted on Facebook (via HuffPo), Liu shut down the outlet and stood defiant in the face of online criticism. “A lot of teachers thought I’d never amount to anything, a lot of producers, directors, writers and costars have questioned my acting ability, and I’ve been rejected from countless conservatories, grants, programs, etc,” the actor wrote. “I’ve been second-guessed at every single possible step of my career. The reason why I’m still standing is because I’m singularly focused, I have the utmost belief in my abilities and I refuse to let the opinions of others define me.”

Liu continued by taking a more optimistic approach to the backlash, writing, “For me, it’s never been about trying to shut the voices out – it’s a fruitless effort (especially if people happen to be making Youtube videos about it). Rather, it’s about learning to let the voices exist and be okay with it. I’m still doing my thing, and I’m still over the moon happy I get this amazing opportunity.”

Asian Boss has 1.7 million subscribers on YouTube and over 276 million video views since launching on the platform in October 2013. The outlet bills itself as bringing viewers “the most authentic voices and perspectives on the latest news, social issues, and cultural trends from Asia.”

“I sincerely hope this YouTube channel will attack topics with a bit more journalistic and creative integrity in the future,” Liu said about Asian Boss. “There are a lot of real and valid reasons why audiences find Shang Chi’s source material to be controversial and I love the discussion that’s taking place. This… not so much.”

“Shang-Chi and the Legend of the Ten Rings,” directed by Destin Daniel Cretton, will open in theaters nationwide February 12, 2021.