How do countries cover climate change? Depends how rich they are. 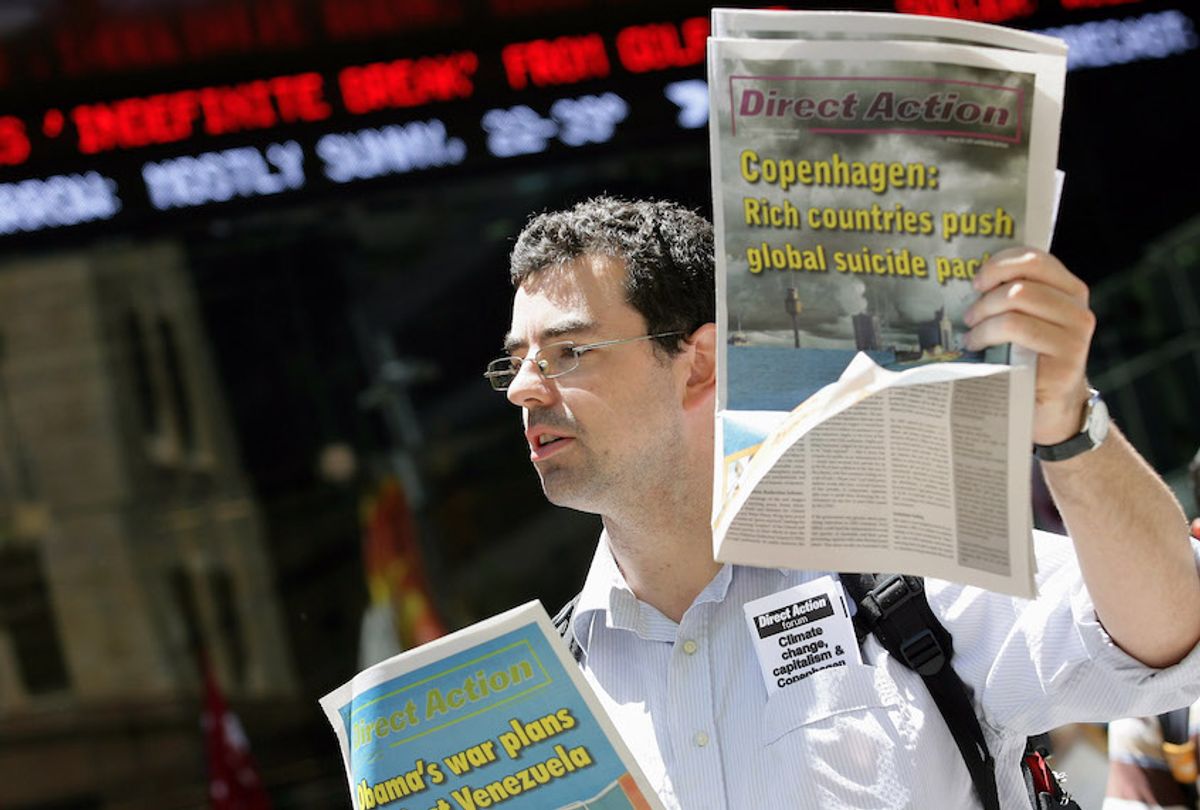 Deadly heat waves, violent downpours, wildfires that seem to get more intense every year — the climate crisis leaves no part of the globe untouched. But around the world, the media spins warming and its effects differently. The No. 1 sign of how the press in a given country talks about it? Wealth.

Richer nations tend to politicize the issue, while poorer nations more often present it as a problem of international concern, according to a new study published in the journal Global Environmental Change. Researchers in Kansas and Vietnam analyzed more than 37,000 news articles from 45 countries and territories using computer algorithms and found that the strongest predictor of how a given country’s press will cover climate change is Gross Domestic Product per capita. In short: The way a country’s media reports on global warming is based on the resources available to combat it.

Richer countries: "Is there even a problem?"

Coverage in affluent countries, including the United States, United Kingdom, Canada, Australia, Ireland, New Zealand, and Spain, focuses on the political debate over how to use ample national resources to address global warming — or whether to do so at all.

Rich countries also tend to frame global warming as a scientific issue — which makes sense, considering that they can devote more dollars to science research. But the study also found that science wasn’t always portrayed accurately. Outlets in richer nations often highlight the voices of people who deny the scientific consensus that climate change is happening and is caused by humans. (That consensus among scientists, for the record, has now likely passed 99 percent). It’s a recurring problem: A new study in the journal Nature Communications found that between 2000 and 2016, prominent climate deniers were featured in a whopping 50 percent more articles than hundreds of scientists.

The media in rich nations “really like the conflict” and tend to “portray climate change as an issue that has not been settled,” said Hong T. Vu, lead author of the study looking at rich vs poor nations and an assistant professor of journalism at the University of Kansas.

Poorer countries: "We’re all in this together"

In contrast, poorer countries, such as Gambia, Nigeria, and Sri Lanka, simply can’t afford to deny climate change — or adapt to it as easily as wealthier countries do. They rely on aid from richer nations to help fund their efforts to stave off warming’s effects, a trend that shows up in the news. An editorial in the Fiji Times earlier this year, for instance, says that curbing the effects of climate change demands a “global effort.” It also points to the influx of climate adaption money coming into the Pacific region from international agencies.

Asking richer nations to contribute more to climate action efforts may sound like charity, but well-to-do nations contribute way more than poorer nations to carbon dioxide emissions to begin with, and that they generally stand to fare better under warming conditions. A study from Stanford University earlier this year found that climate change is widening the economic gap between countries, simultaneously making rich ones richer and poor ones poorer.

Everyone: Too few solutions

Researchers did find some across-the-board trends when they analyzed coverage in both rich and poor nations. After looking at thousands of articles, Vu’s team determined that the most common frame in climate change coverage was international relations, followed by its effects on the economy. The least popular frame for coverage? Social progress. Only 4 percent of stories covered new lifestyle changes or societal developments related to our overheating planet.

“If we look back, climate change has been in the public discussion for 30 years, and we are not doing very well in communicating it,” Vu said. He hopes that the media can figure out how to communicate the issue as an urgent problem that requires meaningful policy action while simultaneously encouraging people to see the role they can play in remedying our planetary predicament.

He probably wouldn’t mind if it would stop sowing confusion about the science, either.