A land and water grab in parched Utah 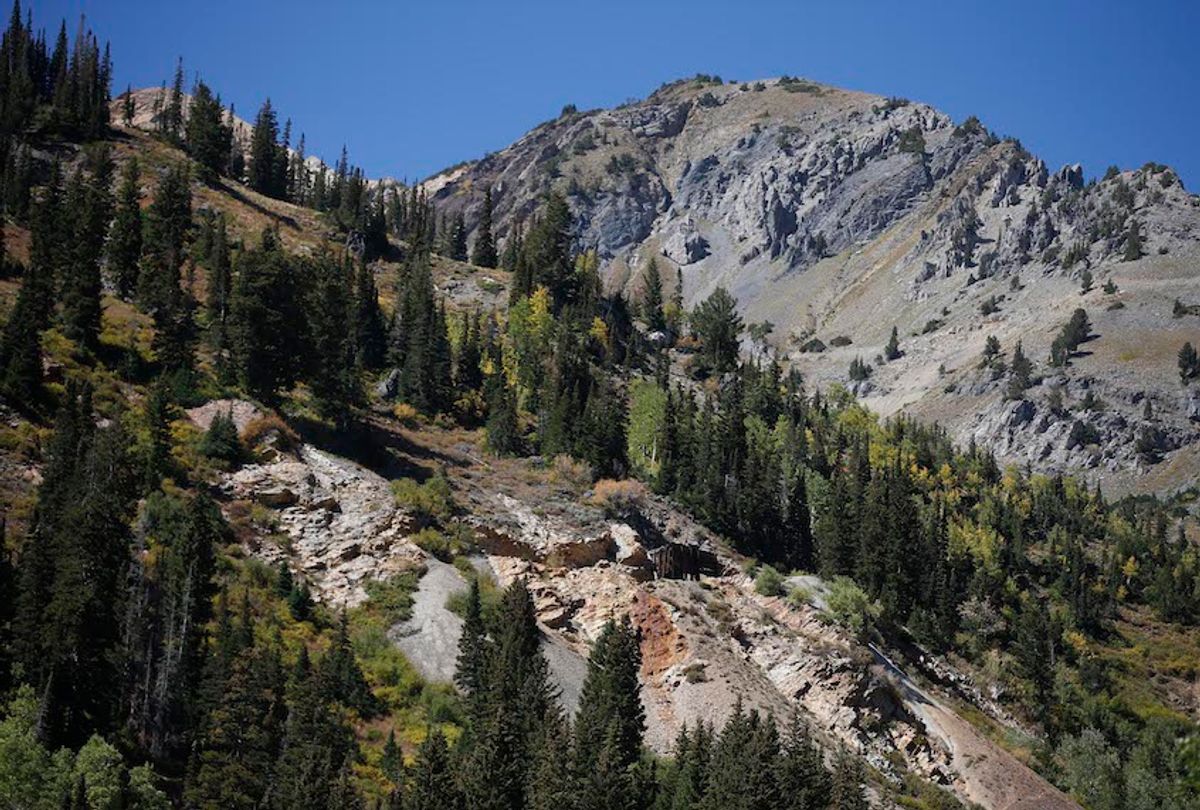 A company wants to mine sand in southern Utah about 10 miles from Zion National Park to use for fracking and has signed contracts to buy more than 391 million gallons of water a year from a nearby city and a water district.

Environmental groups and an animal sanctuary are trying to block improvements to an 0.81-mile unpaved Utah county road in Kane County about 10 miles northwest of Kanab, Utah, on federal land that the business, Southern Red Sands LLC, would need to operate. The Bureau of Land Management is considering the request.

The Center for Biological Diversity and the Southern Utah Wilderness Alliance said the project “will likely have significant, negative environmental impacts.” An endangered snail found only in the Grand Canyon and in small ponds near the proposed mine could be harmed.

The Kane County Planning Commission approved a permit in July for Southern Red Sands after about 100 people attended a hearing, speaking about everything from climate change to marring the beauty of an area that includes glimpses of scenic pink cliffs.

“Regardless of what we do here tonight, this project will go forth,” said Kanab Mayor Robert Houston at an earlier meeting.

Sand is used in fracking to hold open fractures in rocks to allow oil to flow out. The sand, often quartz sand with very round grains, has to be able to withstand intense pressure without being crushed. Much of the frac sand comes from the South and Midwest states such as Wisconsin. The mining uses vast amounts of water, as much as 2 million gallons a day.

Critics of the proposed mine such as the Best Friends Animal Society have questioned whether it would harm the water supply for Kanab and the surrounding area. Utah is the third driest state in our nation. Kane County gets about 15 inches of rain a year, less than half of the national average, and relies on the Navajo aquifers.  Utah had its driest year on record in 2018.

Chad Staheli, the CEO of Southern Red Sands, wrote in the Southern Utah News that studies have shown “more than sufficient water reserves.”

Hugh Hurlow, the groundwater program manager for the Utah Geological Survey, sent Kanab what he called “rough estimates” about the impact of drilling a well for the mine and said the numbers would have “too many assumptions and simplifications to make any significant water rights or long-term planning decisions.”

The manager of the Kane County Water Conservancy District, Mike Noel, is a former Utah state legislator and former BLM employee who built a reservoir on an American Indian burial ground. Noel’s brother-in-law, Andy Gant, is a Kane County commissioner and the operations manager for the proposed mine.

Noel said the mining company is “led by some of finest people in the state” including Kem Gardner, a prominent Utah developer and associate of Sen. Mitt Romney (R-Utah). Gardner helped bring the 2002 Olympic Winter Games to Salt Lake City.

Gardner’s son-in-law, J.T. Martin, a former Salt Lake City councilman, signed paperwork for the lease in 2018 as an officer for Integrated Logistics LLC, a previous name for Southern Red Sands. The company address in Salt Lake City is the same as Integrated Energy Companies where Gardner is the chair of the company board.

In May 2019, Southern Red Sands held active mining claims on 10,357 acres of BLM land surrounding the proposed mine site, according to the Center for Biological Diversity.