“The president supports equality, not pieces of legislation that have poison pills," Conway told Martha MacCallum 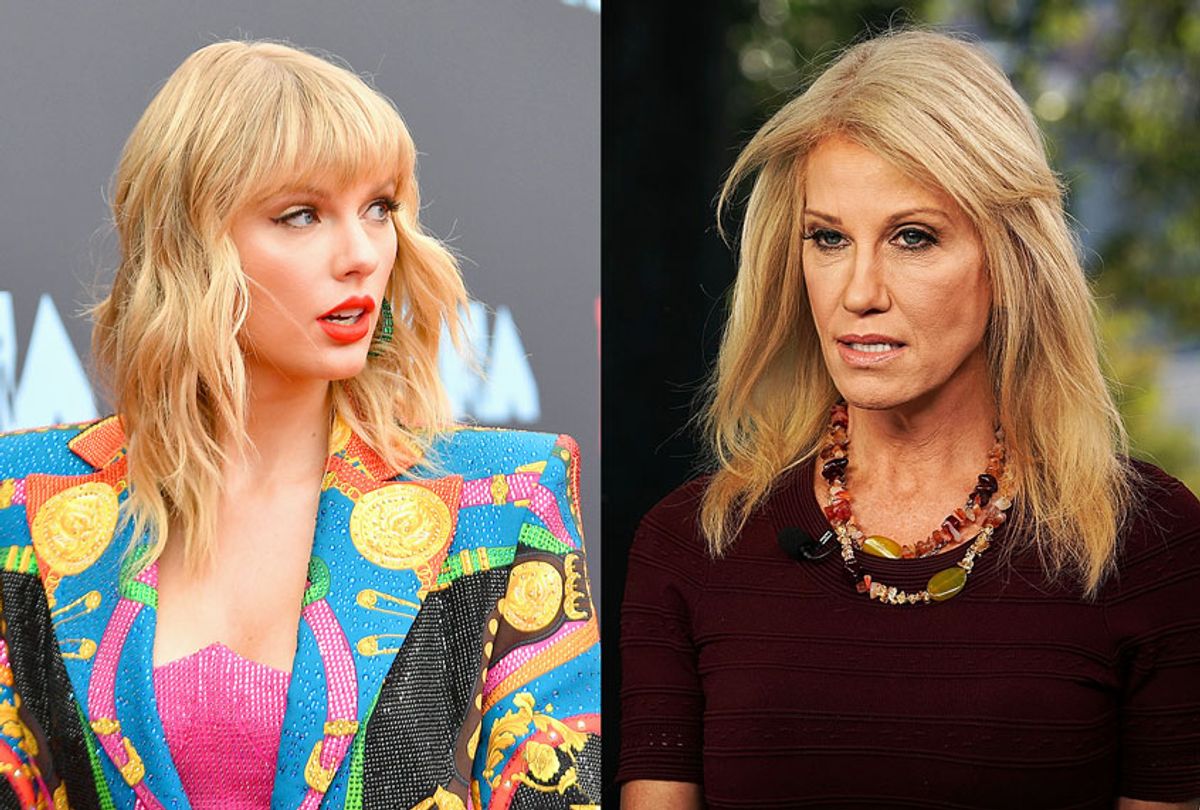 On Tuesday, Fox News’ Martha MacCallum asked White House counselor Kellyanne Conway why President Donald Trump doesn’t support pending legislation to protect LGBTQ civil rights, and noted that singer Taylor Swift backed a petition to pass the legislation at the VMA. Conway responded by attacking Swift — and then singing the lyrics from one of her new songs.

“Taylor Swift going after the White House last night at the music awards,” said MacCallum. “She is waiting. She is tapping her watch.”

“I would love to ask the audience if they even know what the Equality Act is and isn’t,” sneered Conway.

“The LGBT community believes that it would give them greater equality in the workplace and elsewhere,” continued MacCallum.

“I actually look like the new Taylor Swift song that is ‘You Need to Calm Down,'” said Conway. “I can sing it for you: 'If you say it on the street that’s a knockout / If you put it in a tweet, that’s a cop-out.'"

"I love that. That’s basically Washington in a nutshell. But when Hollywood and singers . . . go political, it sounds in the moment like it is very popular. And we have seen so many times where it backfires, and it blows up," added Conway. "But she’s also somebody who went up against President Trump head to head United States Senate race in Tennessee and lost handily.”

“Can you give her one answer for why doesn’t the White House support the Equality Act?” said MacCallum.

“The president supports equality, not pieces of legislation that have poison pills in it that can harm other people,” said Conway, pointedly not explaining what are those “poison pills” the White House objects to. “Look at this economy. It is open to everyone. People have job mobility, deregulation, trying to bring peace and prosperity around the world is supposed to help everyone.”

You can watch Conway's attempt to sing Swift's song below: