The letter calls on educators to cancel classes and contribute to local actions on Sept. 20 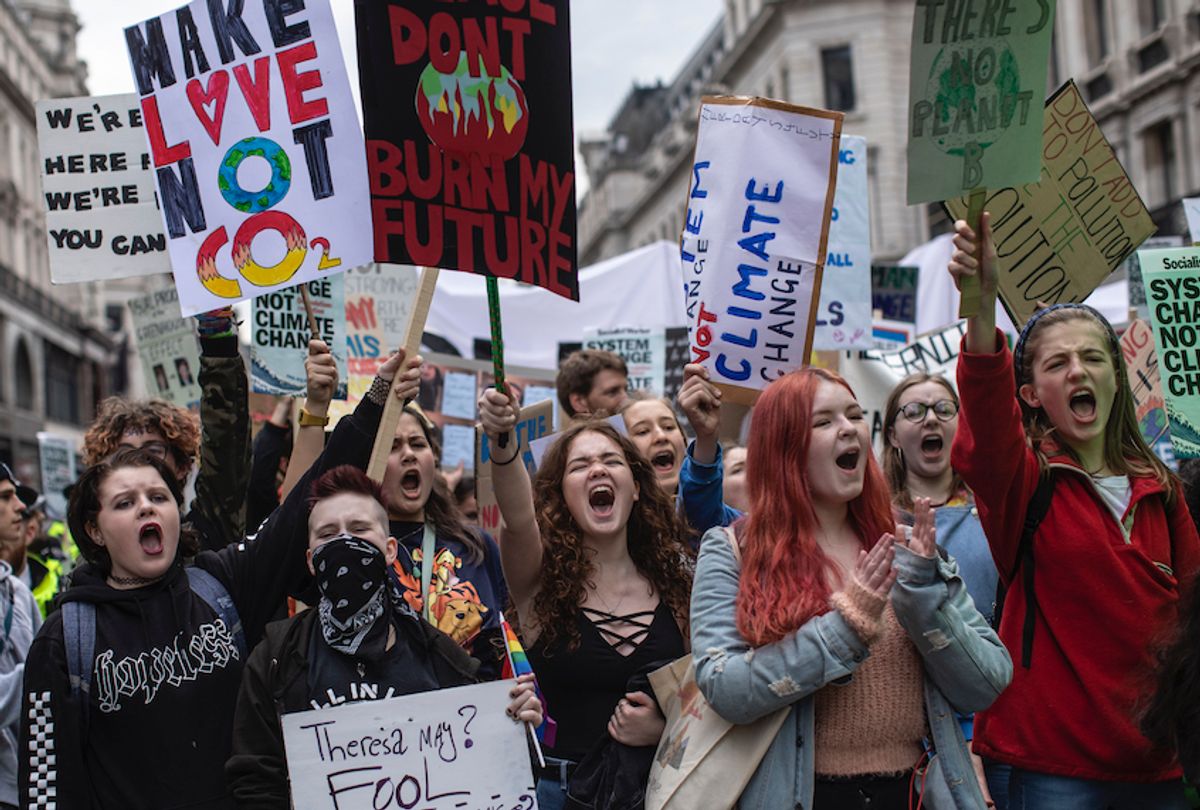 Highlighting an open letter now co-signed by 175 teachers that urges educators around the world to cancel classes and join the global climate strike scheduled for Sept. 20, two of the original signatories published an op-ed in The Guardian Friday explaining why striking "in the name of climate justice is a resounding endorsement of learning."

In the op-ed, Jonathan Isham of Middlebury College and Lee Smithey of Swarthmore College acknowledge the lessons they have learned about the human-caused climate emergency from their own students, youth leaders like Swedish teen climate activist Greta Thunberg, and the millions of people who have participated in Fridays for Future demonstrations across the globe.

"No educator is able to join Greta Thunberg as she continues her bold Atlantic crossing, but all of us can follow her lead," they write, referencing the 16-year-old's recent trip to the United States via an emissions-free vessel. "We risk losing credibility with an entire generation of students if we cannot take action in support of the defining cause of their generation."

The professors note that "some educators — and their bosses — might object to striking," and outline a few reasons why that may be the case. However, they argue, "to strike in the name of climate justice is a resounding endorsement of learning: it turns out the world's youth have been listening to their teachers all along. They understand the science of climate disruption; they take in the lessons of history; they grapple with the complexity of market forces and the true costs of polluting. In their humanities and social science courses, they hear the voices of those at the margins and then honor their dignity and humanity through the arts."

Pointing to record-smashing heat, rapidly melting glaciers, and the legacies of colonialism and global inequality that harm people of color and other marginalized communities worldwide, they write that "it's also undeniable that our students — all of us — have much more to learn about climate disruption and injustice."

"That's why, above all, we educators need to help strengthen the climate movement, and the start of this school year is an important moment," Isham and Smithey continue. "The eyes of the world are on young people, who are demonstrating the kind of vision and determination that has not yet taken hold in halls of power the world over."

Bill McKibben, co-founder 350.org and a vocal supporter of the global strike planned for next month, shared the op-ed on Twitter Friday—writing that it is "so deeply good to see teachers mobilizing to join their students in the Sept. 20 climate strikes!"

Along with their op-ed, Isham and Smithey joined seven other professors in issuing an open letter that declares, "don't teach, strike!" The letter calls on educators to cancel classes and contribute to local actions on Sept. 20 because "unsustainable development, powered by the fossil-fuel economy, is disrupting our global climate."

"Let us use the power of collective action to help raise the political will necessary to tackle humanity's greatest challenge; to learn from and inspire one another; and to support our students and all people as they use their learning to create a sustainable future for all," the letter reads. "Above all, let us find ways to focus our collective determination on the global threat that defines this time."

As of Friday morning, an additional 175 educators who teach at various institutions, from primary schools to prestigious universities, had signed on to the open letter.