Today's teens are anxious, and social media can play a role

The cause of your teen’s anxiety may be completely unknown. But social media might be intensifying it 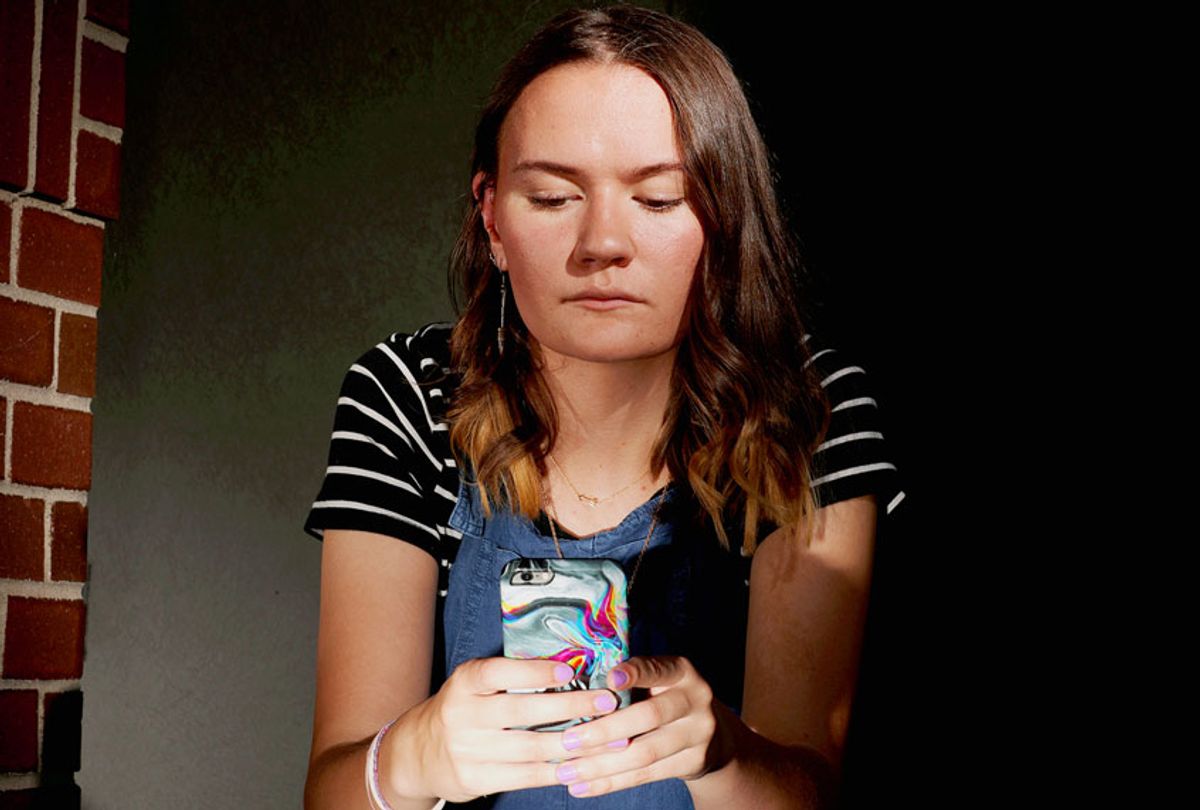 Today’s teens are high-strung and socially overextended. We shrug it off as a millennial problem, but is it? In a world that encourages the quick fix, instant gratification, and real-time feedback, can we really expect our children to cope as we did less than two decades ago, in the land of handshakes, eye contact, elbow grease, and grit?

The following is an excerpt from the new book "Understanding Teenage Anxiety: A Parent's Guide to Improving Your Teen's Mental Health." This book is a product of a combination of three very different perspectives: those of the anxious teen, the parent, and the therapist. We need to understand what we’ve created in terms of our current society to gain proper insight on why we’re seeing increasingly rising levels of anxiety in our teenagers. Within each chapter, author (and parent) Jennifer Browne and co-author (Jennifer’s teenage son) Cody Buchanan, who struggles with anxiety and depression, weigh in on what this affliction feels like, physically, mentally, and emotionally. They share personal experiences to help parents better understand their teens and learn a lot along the way.

We live in anxious times.

There is more competition for education than ever before. When my father became a policeman in 1987, he only needed a character referral. Nowadays, a degree in criminology might get your foot in the door of a local detachment, but not always. And a full-time teaching position? One is required to hold an undergraduate degree with a teachable major, as well as a professional development certification to secure this type of employment. That’s at least five years of undergraduate school in order to start earning approximately $40,000 a year to start.

What about obtaining those degrees to begin with? Competition is fierce. Simply scoring great grades and volunteering somewhere strategic for a couple of months doesn’t guarantee you anything anymore. My kids’ babysitter had a bigger, better, more impressive portfolio than I currently do by the time she was 18.

Life for teens is competitive.

Dr. Suniya Luthar, a psychology professor at Arizona State University, observes, “There’s always one more activity, one more A.P. class, one more thing to do to get into a top college. Kids have a sense that they’re not mea­suring up. The pressure is relentless and getting worse.”

In fact, experts say teens are growing up with more anxiety and less self-esteem than ever before.

“Teens and their parents are recognizing that anxiety disorders can be serious, and they are beginning to advocate for treatment at a level that far surpasses care-seeking a generation ago. Anxiety is the number one cause for concern at college counseling services.”

Anxiety is a word or term that’s become much more popular in the last decade or so. When I was in high school, no one ever talked about anxiety, let alone knew several peers who were suffering from the same affliction. Now I hear it all the time, and it’s become a mainstream term among teens, especially.

But what exactly is it?

In short, anxiety is a term used to describe a specific set of symptoms that negatively affect the way the sufferer is able to live their life. The word is often synony­mous with stress and depression, and it operates on a huge scale. For exam­ple, preparing for a job interview can give people mild feelings of anxiety, but the word is also used to describe the mental state that one is engulfed in when they literally cannot function due to ongoing and unfounded fears. And for those who live with the disorder at this kind of level, chronic anxi­ety becomes something to fear itself.

In Dr. Peter Breggin’s book "Guilt, Shame, and Anxiety," he writes, “Anxiety encourages us to be helpless.” It gives messages such as these:

Anxiety is, at its very root, demoralizing and self-defeating. It disrupts our capacity to be in control and assert ourselves effectively. It can temporarily deprive us of our ability to reason and make rational choices because it can be completely paralyzing. Anxiety doesn’t prepare us to react appropriately; it actually discourages us from reacting—this is one of the ways in which it’s different than fear. Aside from fear being based in logic and reality (my house is burning; my dog is lost), it also prepares us for the genuine fight-or-flight response that was programmed into our ancestors. Anxiety, on the other hand, confuses and distracts us. We aren’t thinking clearly or ratio­nally when anxiety strikes. We become immobilized, and we don’t know why.

Why Is Your Teen Anxious?

Great question—and one that I asked for years.

Breggin’s own theory is that anxiety typically has prehistoric roots in childhood and throughout adolescence. Your child may have been made initially anxious by separating parents, a bully at school, a teacher they found threatening, a dog that bit them while walking to school, child abuse (known or not known), repeated childhood moves, and so forth. The anxiety your teen is experiencing now has origins in events that probably occurred years earlier and has made an appearance due to one or more fac­tors. It could be school stress, a breakup, a fight with a friend, or a sport-related concussion.

Something may have triggered anxiety that was already lurking within your teenager, and this is why it may be confusing for caregivers to put their finger on what’s caused the sudden behavior change—it’s often not linear. It can be extremely difficult to deduce the reason(s) behind it because events that eventually result in anxiety can be altogether unknown by caregivers and unrecalled by the teen—so the cause of your teen’s anxiety may be completely unknown.

Anxiety can also be induced by life’s common stressors and the inabil­ity to effectively deal with them—and then you factor in things like social media.

Whether we like it or not, there is a correlation between social media and unhappiness. For years, I was one of the skeptics who responded to claims of social media being responsible for anxiety and depression.

But, you know what? Studies don’t lie. According to a large study of 750 American teenagers,

Since 2011, the rates of anxiety and depression (among teenagers, especially) have skyrocketed, prompting a great deal of research on this topic. Results have consistently shown a steep spike in mood disorders in correlation with the popularity of social media.

Perhaps it’s the sense that one is participating in social activities without having to leave the comfort of the bedroom. Social media is akin to a virtual living room, filled with a curated group of people whom we feel comfortable with and want to be associated with. Experiences are chosen and executed according to convenience and levels of ease. Essentially, kids are learning to handpick experiences that they know they will be comfortable with and people (typically other teenagers) they are content to be associated with. But this is not real life, and when confronted with genuine, real-life experiences, they clam up and back away. And why not? Why force yourself to be uncomfortable when you don’t have to be?

This is a problem.