When I stopped orbiting men at work 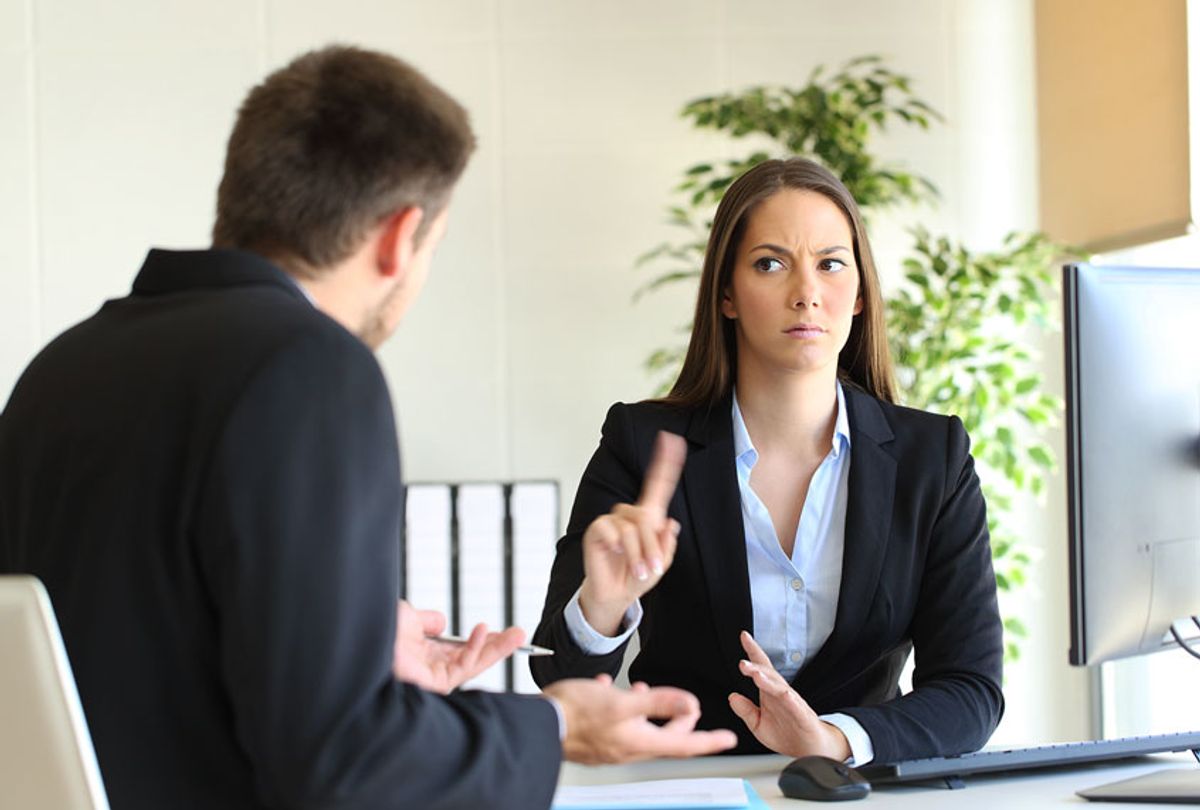 I grew up in the age of "Free to Be . . . You and Me," when all the girls I knew like me, coming of age in the 1980s, believed we could and would grow up to do whatever we wanted to do, to be anything we wanted to be. The upbringing was freeing because we were shielded from the gender bias the wider world held in store for us. I sailed through middle school and high school without noticing any difference between how boys and girls were treated. In young adulthood, I didn’t think I was a feminist because I didn’t see any difference between boys and girls. You could attribute this to the fact that I grew up in a progressive place with progressive parents. You could say I lived in a bubble. But really I just lived with blinders on. Oftentimes, especially if you grow up in a position of privilege, you don’t see what’s in plain sight until you want to, or until you know what to look for.

When you’re a girl, though, even if you have on the biggest blinders in the world, experiences come your way that work to chip away at them. That happened to me, of course, though later than it did for some of my peers. It started with little chinks in my blinders, like getting cat-called or discovering a male colleague I worked with had a higher starting salary than me. Those led to harder-to-ignore moments,  like waitressing for a Hooters-style restaurant in Orange County in my early twenties, where the all-girl waitstaff was encouraged to wear short shorts and smile a lot and where sexual boundaries were weak and that was part of the point.

Being a girl, you sometimes think you’re in control when you’re not. You sometimes think you’re calling the shots because you want to be cool, you want to be edgy, you want to push your own boundaries. And that’s OK sometimes, because this is how we learn. If we’re lucky, we gain a keener awareness of the world as a result of the world showing us its gender biases. We learn boundaries, and we gain language to talk about what’s not OK. But countless girls aren’t so lucky, and enter into adulthood bearing the scars of surviving girlhood, barely making it through intact. Others emerge still intent on holding up the gendered paradigm, unaware of their options at best, disempowered at worst.

I started working in book publishing when I was 23 years old, and it’s hard to say whether the treatment I experienced as a young editor had more to do with my age or my gender. I felt often put in my place, talked down to by male authors in particular, and like I had to fight — sometimes hard, to the point of being brash and overly outspoken — for a place at the table. Still, I was lucky again, this time for a good male boss who taught me the ropes and promoted me, and a male mentor who championed me, who saw my passion and cultivated my love for publishing.

But it wasn’t until I was in my late twenties, when I got a job at a women’s press that I started to notice a few things — maybe because I was ready to, maybe because I could no longer not see. Suddenly the only man in any meeting was my boss’s boss. Suddenly I was working only with women authors. Suddenly I began to see how, as a girl and young woman, I’d spent my entire life orbiting men — anticipating their needs, sacrificing my own needs for them, taking care of their feelings. Through the books we were publishing, I saw inequities, gender bias, and female objectification every single day.

All of a sudden, I had an awareness—and language—for things that had always been in plain sight. In my own industry I saw women writers being more routinely rejected, winning fewer awards, being marginalized. All around me were strong women, so it’s not like I had a shortage of role models, but I saw with new eyes my industry, made up primarily of women, but with men at the top calling the shots. The way it is nearly everywhere, as it turns out.

For me the final moment that made the blinders fall all the way from my eyes happened during my second year at the women’s press, when my boss’s boss’s boss, the head of the company, approached me after hours while I sat typing away in my cubicle. His secretary had left for the day, and there was a party in the office later that night. I’d opted to stay and work till the party started, and he emerged from his office looking bewildered. When I confirmed that his secretary was gone for the day, he looked at me like a lost child. He wondered if I might type up an email for him. Because he didn’t know how? Because he didn’t want to do it himself? I’ll never know. His delivery was kind enough, but the ask felt inappropriate. I was a senior editor, not a secretary. I was doing my own work, after hours, and he was a grown man, a CEO, who should have been able to send an email on his own. I said no. I said it wasn’t in my job description. I confess I said this in a teasing voice, maybe even flirty. I was 29 years old, experienced enough to understand that saying no with a bit of sugar goes a longer way, and I inherently understood that my power didn’t lie in my brains, but in my body and my body language. He laughed. He apologized and said, “Of course, you’re right.” And that was that. He retreated to his office and I celebrated a small win.

What I learned that day was something simple but truly important to how I would navigate my professional life from that day forward. I learned that I set the boundaries. I also learned something about the power of no. I learned that bosses and powerful men are not as powerful as they might seem. I started paying attention after that to the women I worked with — especially the writers and authors. I watched the strong and vocal and assertive ones and felt inspired by them. How they risked so much, how they didn’t seem to care what other people thought. Though I would later find out that speaking the truth comes at a cost, and that more often than not those women cared a lot about what other people thought, I still admired — and continue to admire — their courage. They were not capitulating. They were refusing to engage in a gendered dance, refusing to orbit men. So insidious is this gravitational pull to attend to men’s needs that to reject them, to say no, can feel like an act of betrayal, but it can also feel, as it did in my case, like an act worth celebrating.

For the past 15 years since I started working in women-only spaces, I’ve seen the subtle slights and ways women get passed over and marginalized, and also the incredible wins and feats women have accomplished despite all that’s stacked against them. I’ve seen how women orbit men and how we self-sabotage, but also how we overcome and claim our place at the table and how we fight for our voices to be heard.

In a 2018 interview on book tour for her memoir "Becoming," Michelle Obama said, “I have been at probably every powerful table that you can think of. I have worked at nonprofits, I have been at foundations, I have worked in corporations, served on corporate boards, I have been at G-summits, I have sat in at the UN. They are not that smart.” The reason I love this moment of honesty is not for its snarkiness, or that she’s letting us in on a big secret, but because Michelle Obama is reminding women that we set the bar too high for ourselves. We’re the ones thinking we don’t get a seat at the table, when in fact we do.

Whether we’re claiming our place or our voice, we’re bound to be met with moments of self-doubt. Speaking our truth is one of the scariest things we can do. Insisting that our voices and opinions matter goes against the very grain of how women are socialized. But we can change all that by feeling the fear and speaking up anyway.

I wear a bracelet that says, “The future is feminist,” which to me means a future in which there’s true equality. When I first put it on, my eight-year-old son asked me what it meant. “That boys and girls are treated the same,” I explained. “That boys and girls get the same opportunities and rights.” His response: “That’s how it is, Mom.” It’s tempting to let our kids live in the protected bubble afforded by privilege, but he’ll be getting a different kind of education. I hope for today’s girls and boys not to be raised like I was, encouraged to be blind to gender inequities. Instead I hope they’ll learn how these inequities disadvantage everyone, and create in their actions and language a more equitable and just next generation.

Brooke Warner is publisher of She Writes Press and SparkPress, president of Warner Coaching Inc., and author of "Write on, SIsters!," "Green-light Your Book," "What's Your Book?" and three books on memoir. Warner is a TEDx speaker, weekly podcaster ("Write-minded" with co-host Grant Faulkner of NaNoWriMo), and the former Executive Editor of Seal Press, as well as the Chairperson of the Independent Book Publishers Association.