Streaming platforms for when you’re bored of Netflix

Don’t let TV time get boring. When you need something new to watch, browse through any one of these platforms. 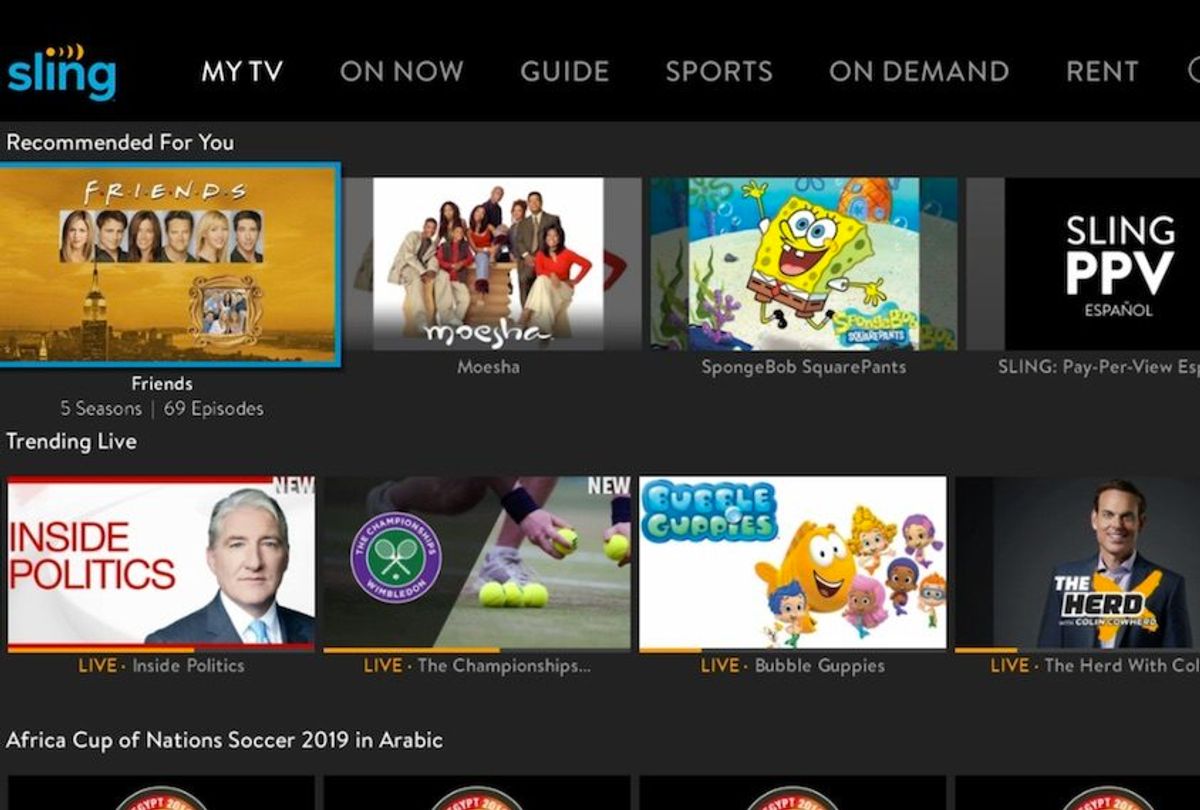 During this age of particularly great TV, it’s hard to believe that anyone could run out of new shows to watch - and if you do, at least there are a whole bunch of movies available at your fingertips to fall back on, all waiting to be watched on your favorite streaming platforms. Even so, it’s entirely possible to find yourself with nothing to entertain you, especially if you’re sticking to the same streaming platforms over and over again.

Sure, reliable platforms like Netflix, Hulu, and Amazon Prime offer some great television shows, but they can’t stream absolutely everything that’s out there. To expand your media horizons and find your new favorite program, take a look at any of these alternative streaming platforms:

If you’re looking for something a bit more unique, SundanceNow probably has it. For something new to binge watch, the platform offers a variety of series, like exclusive programming and documentaries. As for movies, there’s everything from short films to documentaries to popular independent films you’ve been hearing people talk about. And with plans starting at $4.99 a month, it’s absolutely an affordable option.

Sling is a platform that makes it easier for you to ditch your expensive cable bills and opt for something a whole lot cheaper. With plans starting at $15 a month, you’ll get to stream live TV on any of your devices. The bundle options include all the popular channels, as well as local networks that are offered for free.

Starz is ideal for a mix of great original shows, old favorites, newer options, and lots of movies, and with the app, you don’t need to pay for the channel as part of your cable plan. For only $8.99 a month, you can choose from a huge list of films in basically every genre, as well as plenty of binge-worthy television shows.

While FandangoNow doesn’t have their own original programming, they do have an impressive variety of shows to choose from, including reality TV like Bachelor in Paradise, HBO favorites like Big Little Lies, and up-to-date current series like This Is Us. Their movie selection is really ideal, though, with options that are hard to find elsewhere and the ability to either rent or buy. The nice thing about FandangoNow is that there is no monthly subscription - you buy or rent whatever you choose to watch.

Sometimes it’s nice to watch dramas and comedies, and other times it’s more interesting to watch something where you actually get to learn. Curiosity Stream lets you do exactly that. The streaming platform offers a big selection of documentaries based on science, nature, history, and technology that will make TV time feel a little more substantial. Plus, at only $2.99 a month, it’s a great price point.

This platform was basically created for anyone who can’t get enough of horror films and series that make you jump out of your seat. For only $4.95 a month, you’ll get access to horror classics like Halloween, as well as Shudder originals and exclusives. There’s a big enough selection to guarantee you’ll get your horror movie fix.

If you’re in the habit of downloading a lot of movies, TV shows, music files, and podcasts, Plex will probably be something of a godsend for you. The platform organizes all of your files in a streamlined way that makes it easy for you to access them. It’s free to download and use, but if you want access to certain features, you’ll have to pay for a subscription to Plex Pass, which allows you to do things like watch your media offline and even watch live television.

Philo offers you another way to cut the cord with the option of watching and recording live television. For $20 a month, you’ll get access to 58 channels that you can watch on any of your mobile devices. You can record as many shows as you want, and you can stream on up to three different devices at once.

Anyone looking for family-friendly programming only will appreciate Pure Flix. The streaming platform offers a mix of family and Christian options that are definitely kid-friendly. They have a mix of television shows and movies, with some original programming as well. The service is $10.99 a month or $99.99 a year, and your membership fee doesn’t only get you access to “wholesome” content: the platform has a “give back” program where they donate to various charities as well.

The WWE Network was made for anyone who can’t get enough wrestling in their life. For $9.99 a month, you’ll get on-demand programming that includes new content each week, exclusive access to in-ring premier shows and documentaries, and replays of your favorite episodes of Raw and SmackDown LIVE. You’ll also be able to watch every live WWE pay-per-view event, including WrestleMania. And if you aren’t 100 percent sold, the first month is free to try it out.

If you have a Roku TV, streaming stick, or player, you can get access to The Roku Channel, which allows you to watch free movies and television from certain networks. You can also use your Roku to download many different streaming platforms and apps to create your own little media library that couldn’t be easier to use.

More of a cord cutting option than just a streaming platform, AT&T TV Now has a few different packages you can choose from. Packages start at $50 a month and go up to $135, so what you spend depends on how many channels you want access to.

Not into the idea of paying monthly for TV and movies? If you only want to watch once in a while, Redbox is a great platform to check out. Instead of paying for a subscription each month, you can rent movies, TV shows, and games as you go. There’s also the option to buy some of the titles as well.