The first gene-edited lizard walks among us

Reptiles, previously thought to be off-limits to CRISPR-Cas9, have taken to gene editing 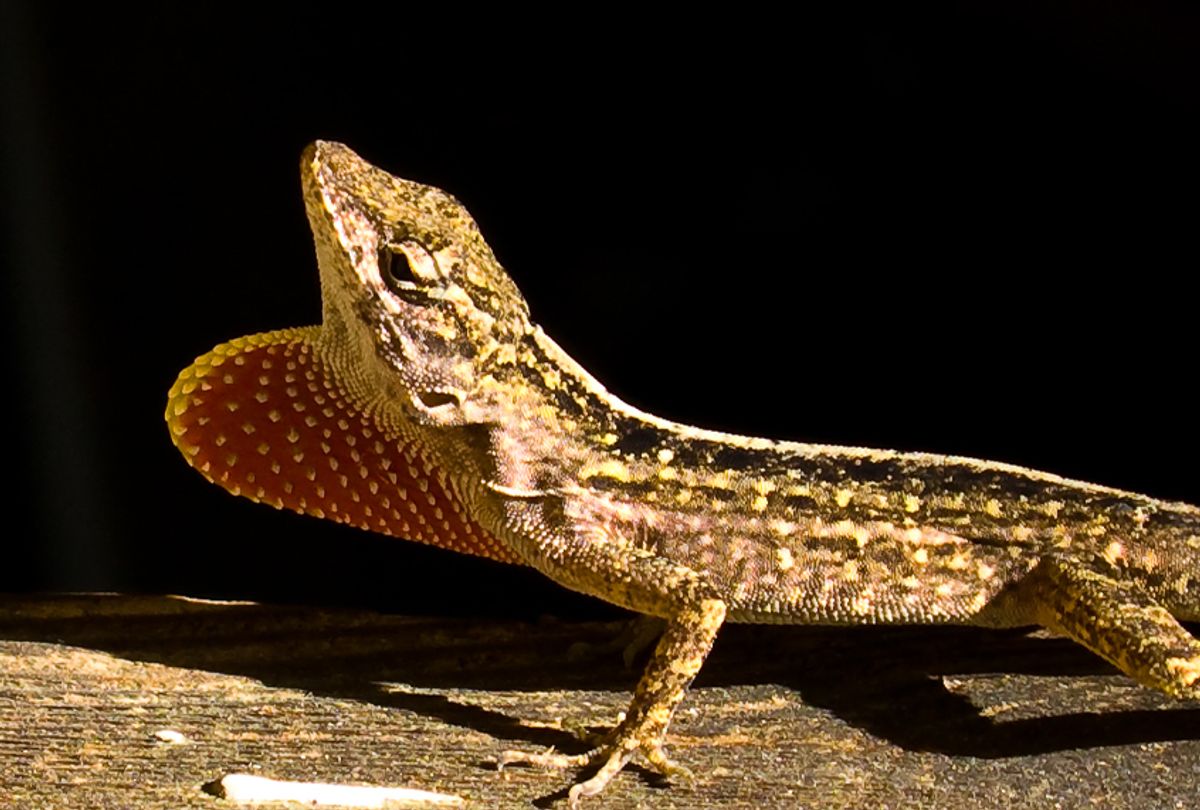 CRISPR-Cas9, a technology that allows scientists to edit an organism’s genes, has been used to do everything from experimenting with lab-grown meat to breeding climate-change resistant crops. Now, researchers are leveraging the technology to edit the genes of reptiles, something that was long believed to be impossible.

According to a study published in the journal Cell Reports last week, a group of scientists at the University of Georgia successfully altered the genes of four brown anole lizards. While CRISPR had previously been used to alter the genes of chickens, cows and pigs, lizards were believed to be off-limits because of their unique reproductive systems.

"For quite some time we've been wrestling with how to modify reptile genomes and manipulate genes in reptiles, but we've been stuck in the mode of how gene editing is being done in the major model systems," Douglas Menke, a study co-author and an associate professor of genetics at the University of Georgia, said in a media statement. "We wanted to explore anole lizards to study the evolution of gene regulation, since they've experienced a series of speciation events on Caribbean islands, much like Darwin's finches of the Galapagos."

Researchers chose to edit the genes of the brown anole lizard, whose scientific name is Anolis sagrei, because of its size and the frequency with which it lays eggs. Specifically, they targeted the gene that affects the lizard’s color. Anole lizards are small, only a few inches in size, and are native to Cuba and the Bahamas. The University of Georgia scientists modified the females’ unfertilized eggs while they were still in the ovaries. After the genetic modification, they continued to breed and mate naturally.

This gene-editing method differs from previous model experiments using CRISPR, scientists note. "Because we are injecting unfertilized eggs, we thought that we would only be able to perform gene editing on the alleles inherited from the mother. Paternal DNA isn't in these unfertilized oocytes," Menke said. "We had to wait three months for the lizards to hatch, so it's a bit like slow-motion gene editing. But it turns out that when we did this procedure, about half of the mutant lizards that we generated had gene-editing events on the maternal allele and the paternal allele."

In total, the researchers edited genes in 146 eggs from 21 lizards. After three months, four of those eggs produced albino reptiles. Researchers believe this suggests that the CRISPR edits can remain active for several days or weeks in unfertilized eggs. While the percentage of oocytes yielding gene-edited offspring was low compared to other species, these results are a successful start.

"Relative to the very established model systems that can have efficiencies up to 80% or higher, 6% seems low, but no one has been able to do these sorts of manipulations in any reptile before," Menke said. "There's not a large community of developmental geneticists that are studying reptiles, so we're hoping to tap into exciting functional biology that has been unexplored."

Menke and his team said there are multiple reasons for exploring gene-editing in reptiles. First, such techniques could be translated to other animals. Second, specifically editing the tyrosinase albinism gene could inform researchers as to why humans with albinism often have vision problems, and give insight into how the loss of this gene impacts retina development.

"Humans and other primates have a feature in the eye called the fovea, which is a pit-like structure in the retina that's critical for high-acuity vision. The fovea is absent in major model systems, but is present in anole lizards, as they rely on high-acuity vision to prey on insects," Menke said. "We never know where the next major insights are going to come from, and if we can't even study how genes work in a huge group of animals, then there's no way to know if we've explored everything there is to explore in the realm of gene function in animals.”

“Each species undoubtedly has things to tell us, if we take the time to develop the methods to perform gene editing,” he added.