Facebook broke democracy — now it's coming for your marriage

The "Secret Crushes" feature on Facebook Dating seems — hmm, tailor-made for those considering steppin' out 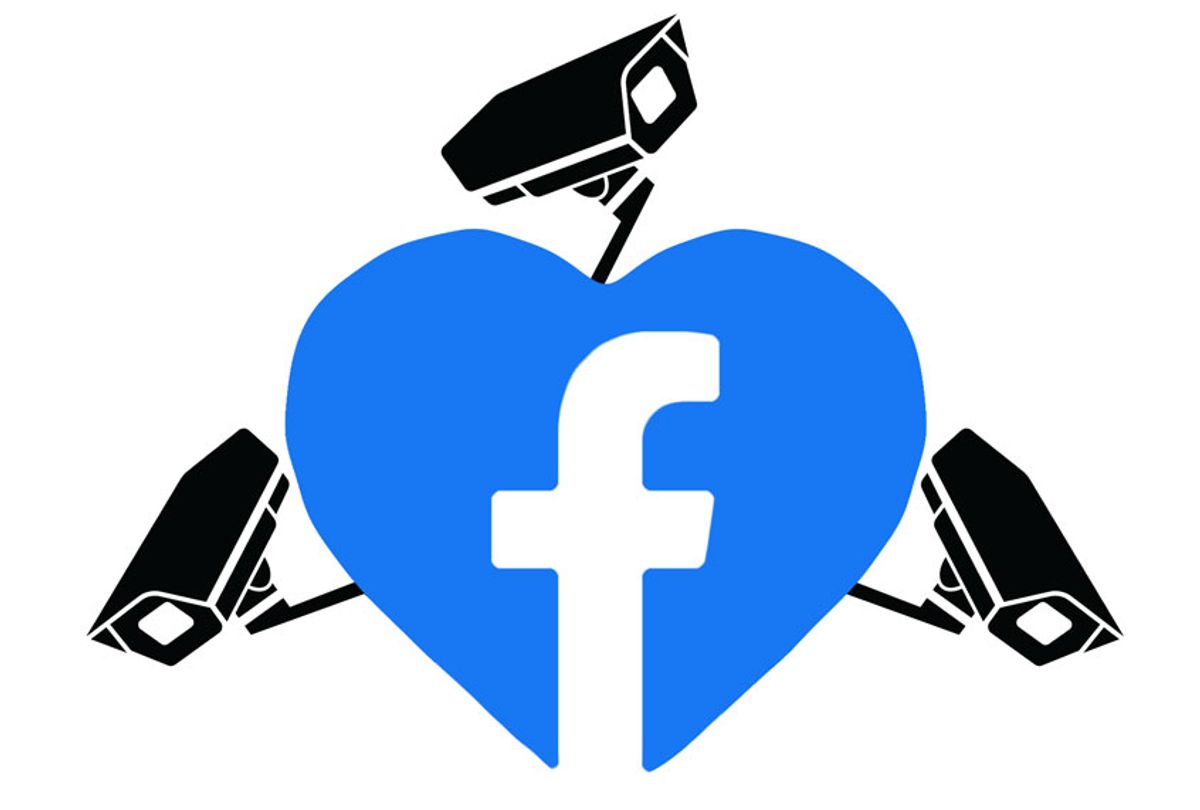 Facebook, no matter how hard the company tries, cannot escape its current dilemma. It's a brand that wants to be seen as cheerful, light-hearted and fun, the internet's go-to place to share the joys of life with friends and family. But it's increasingly being seen more as a nest of social media termites, gnawing away the very foundations of our society, eroding our right to privacy and profiting off reactionary propaganda that undermines democracy and encourages hate crimes and genocide.

That contrast was highlighted this week in the back-to-back headlines about Facebook. On Thursday, the company released Facebook Dating, a cheerfully marketed competitor to apps like Tinder or Bumble. But the high of releasing that news didn't last long for the social media behemoth, as shortly thereafter, a coalition of state attorneys general hit Facebook with antitrust investigations, citing its "dominance in the industry" and "potential anticompetitive conduct." With the company's incursion into the dating app market, it'll be even harder for Facebook to deny its attempts at monopolistic market dominance.

Even without all that, Facebook Dating did not receive the best reception. Most media coverage focused on Facebook's long history of privacy violations, especially as this announcement follows right on the heels of another major privacy breach by Facebook. People like privacy generally, but even more so when it comes to dating. They aren't particularly keen on broadcasting every potential romantic endeavor to the relatives and high school friends who populate their Facebook feed.

Clearly anticipating these concerns, the site has gone out of its way to assure people on Facebook Dating that it's private. But even in doing so, in classic Facebook fashion, the company seems to have created another problem: Facebook Dating could not be better designed for adultery.

Facebook Dating assures users that if you download the app, your use will be completely shielded from your existing Facebook contacts. It even allows the option of removing friends of friends from your potential matches. This is all meant to protect users from the embarrassment of having people you know seeing your dating profile and gossiping about it among themselves. This feature, incidentally, also makes it easier for wannabe cheaters to set up accounts without their partners or their partner's friends finding out.

Which, OK, that's true of pretty much all dating apps. But where Facebook Dating levels up in the adultery department is its "Secret Crushes" feature. While most of your Facebook and Instagram friends won't know you're on Facebook Dating, this feature allows users to list nine people from those circles as secret crushes. If any of your crushes also list you as a crush, Facebook Dating will make the match.

"Secret Crushes" is being marketed as a feature for shy singles who don't have the guts to ask their friends out directly. However, anyone who has any experience in the real world should recognize that it will have significantly more appeal for married people who are looking for a low-risk way to find out, without their spouse knowing, who among their friends is fantasizing about them.

In other words, Facebook just set up an adultery superhighway.

This could of course be an accident. But frankly, I doubt it. The other apps have cornered the market on regular dating. But cheaters, who often get shunned on other apps, are what you might call an underserved market.

Reaching out to the adulterers and people who are fantasizing about adultery is probably the only way for Facebook to get its foot in the door.  No doubt Facebook, which is reading your direct messages, is quite aware how much the site is already being used by the cheaters of the world. This new app just eliminated the biggest obstacle for would-be cheaters who are already on Facebook, that being the risk that your overtures to friends will be reported back to your spouse.

In the grand scheme of things, the upcoming uptick in adulteries — especially among older generations who may not be on Tinder but will be attracted to Facebook Dating — isn't a big deal. It is not up to the world to keep spouses from cheating on each other. Ultimately, the responsibility to not cheat lies with individuals.

That said, this is just a microcosm of the bigger picture of why Facebook simply is not the pro-social app that it markets itself as being. Time and again, the evidence suggests that Facebook in fact feeds off the darker impulses of humanity. When it comes to politics, Facebook rewards reactionary hysterics, because they get more engagement than more positive but boring approaches. Misinformation proliferates because it's literally more interesting, and therefore more profitable, than facts.  Facebook also encourages feelings like social isolation, jealousy and low self-esteem, which may be an accidental byproduct, but also might reflect the fact that lonely, bored people are likely to spend more time on the site.

All this illustrates the fundamental problem of Facebook trying to present itself as a community-oriented capitalist organization. The reality is there's generally more money to be made appealing to people's most self-serving and destructive impulses, and profit will always win out over people. Facebook can market this new dating app with all the pictures of smiling singles finding love that it wants. But as with so much of what this company does, the big money lies in playing to people's less wholesome desires.