North Dakota may be hiding a gigantic oil spill 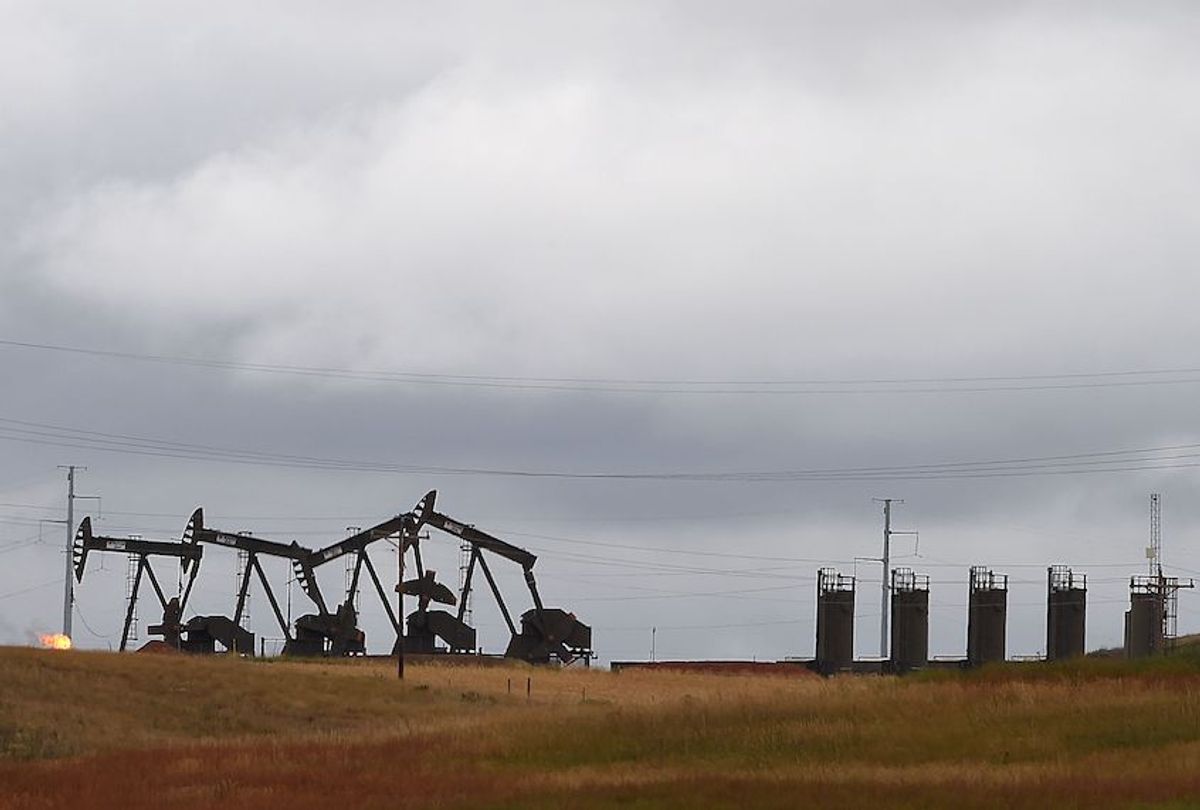 Workers cleaning up an oil spill in North Dakota that is officially listed as 10 gallons recovered 240,000 gallons, but the actual number might be larger than the Exxon Valdez spill in Alaska in 1989 which released about 11 million gallons of crude.

The discrepancy in the numbers, first reported by the environmental blog DeSmog, shows how inadequate North Dakota’s policy is for reporting spills. The state doesn’t update initial public reports on spills.

“I have seen many instances where it appears spills are being covered up, and there appears to be a pattern of downplaying spills, which makes the narrative surrounding oil and gas development look rosy and makes the industry look better politically,” said Scott Skokos, executive director of the Dakota Resource Council.

A U.S. House subcommittee has been holding hearings on the impact of oil and gas development on local communities and the environment.

North Dakota farmer Daryl Peterson told the committee more than a dozen brine spills over the past 25 years have ruined parts of his farm.

“Regulators were made aware of all spills, but did not hold the companies accountable,” Peterson told the Subcommittee on Energy and Mineral Resources of the House’s Natural Resource Committee.

North Dakota regulators were not required to tell the public about oilfield-related spills until 2013 after a wheat farmer in northwestern North Dakota discovered a massive spill that has been called one of the biggest onshore spills in U.S. history.

Reported DeSmog: “Neither the National Oceanic and Atmospheric Administration (NOAA), which monitors coastal spills, nor the Environmental Protection Agency (EPA) could provide records to put the spill’s size in context, but according to available reports, if the 11-million-gallon figure is accurate, the Garden Creek spill appears to be among the largest recorded oil and gas industry spills in the history of the United States.”

Regulators said some groundwater was affected at the Garden Creek site, but the spill didn’t reach beyond the facility’s boundaries.

North Dakota Gov. Doug Burgum signed a law in 2017 that excuses oil companies from reporting spills of up to 10 barrels, or 420 gallons, of oil and produced water if the spill is contained onsite.

Dave Glatt, the state environmental quality chief, said the spill at the gas plant in 2015 would still need to be reported because it doesn’t involve an oil production facility.