The tick comes despite a strong economy, and is at least partly caused by efforts to weaken the Affordable Care Act 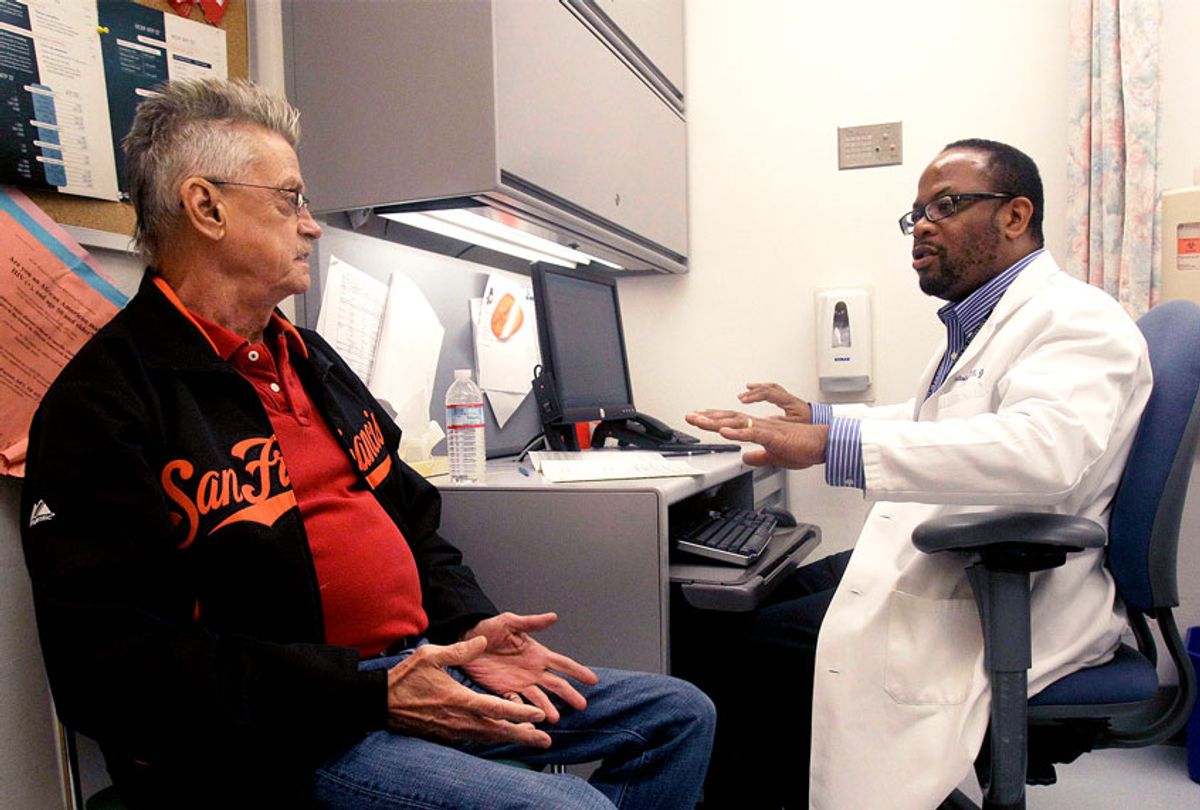 For the first time this decade, fewer people are living in poverty but more of them lack health insurance, the Census Bureau reported Tuesday.

In 2018, the number of people in the United States without health coverage rose to 27.5 million, up from 25.6 million the year before. The uninsured rate jumped from 7.9% in 2017 to 8.5% in 2018. It was the first year-to-year increase in the uninsured rate since the Affordable Care Act passed in 2010, and experts said it was at least partly the result of efforts by the Trump administration and Republicans in Congress to chip away at the law.

The increase in the number of uninsured is particularly surprising, as the nation's economy has been relatively strong and unemployment has remained low. Tuesday's report showed the number of people in poverty fell to 11.8%, significantly lower than in 2007, the year before the Great Recession. Median household income was $63,179 in 2018, essentially unchanged from the year before after adjusting from inflation.

"What were seeing is that even in a tight labor market, where jobs are generally available, health insurance is out of reach for many people — whether they're working or not working," Rebecca Kolins Givan, a professor in Rutgers University's School of Management and Labor Relations, told Salon.

The number of people covered by private insurance didn't change, but those covered by Medicaid fell by 0.7% to 17.9%, a decrease in coverage of roughly 2 million people.

"This is related to and problematic in regards to some of what we can say the federal administration has done to dismantle the Affordable Care Act and some of the very significant benefits that it was providing," James Hodge, a public health law and ethics professor at Arizona State University's Sandra Day O'Connor College of Law, told Salon.

The exact cause for the decline in health coverage remains unclear, but some health policy experts have pointed to the Trump administration's efforts to undermine the ACA as a likely explanation.

President Trump and Republicans in Congress repealed the ACA's individual mandate, which required nearly all people to purchase coverage or pay a penalty. The administration has also sought to expand the sale of "short-term insurance" plans, which are not ACA-compliant.

The administration has sought to implement work requirements for Medicaid, a policy proposal that has caused over 18,000 Arkansans to lose coverage in 2018 for failure to comply with the rule. The courts have put the requirements in Arkansas and other states on hold amid reports of lower enrollments.

Trump's crackdown on immigration also appears to have had an effect on the uninsured rate. The number of Hispanics without insurance rose, as the administration has sought to reduce the number of migrants enrolling in public assistance programs like Medicaid by changing "public charge" rules.

Racial and ethnic minorities continued to face challenges in accessing medical care: 9.7% of blacks and 17.8% of Hispanics were uninsured, while 5.4% of white non-Hispanic people did not have coverage.

Surveys consistently show that health care is a top policy issue for voters heading into the 2020 election. Democratic presidential candidates, several of whom have vowed to extend health insurance to all Americans, are sure to use the latest data to argue the current system isn't working.