This bright LED drone is perfect for night flying

Save 20% off a stunt drone that's easy to fly for all levels of pilots. 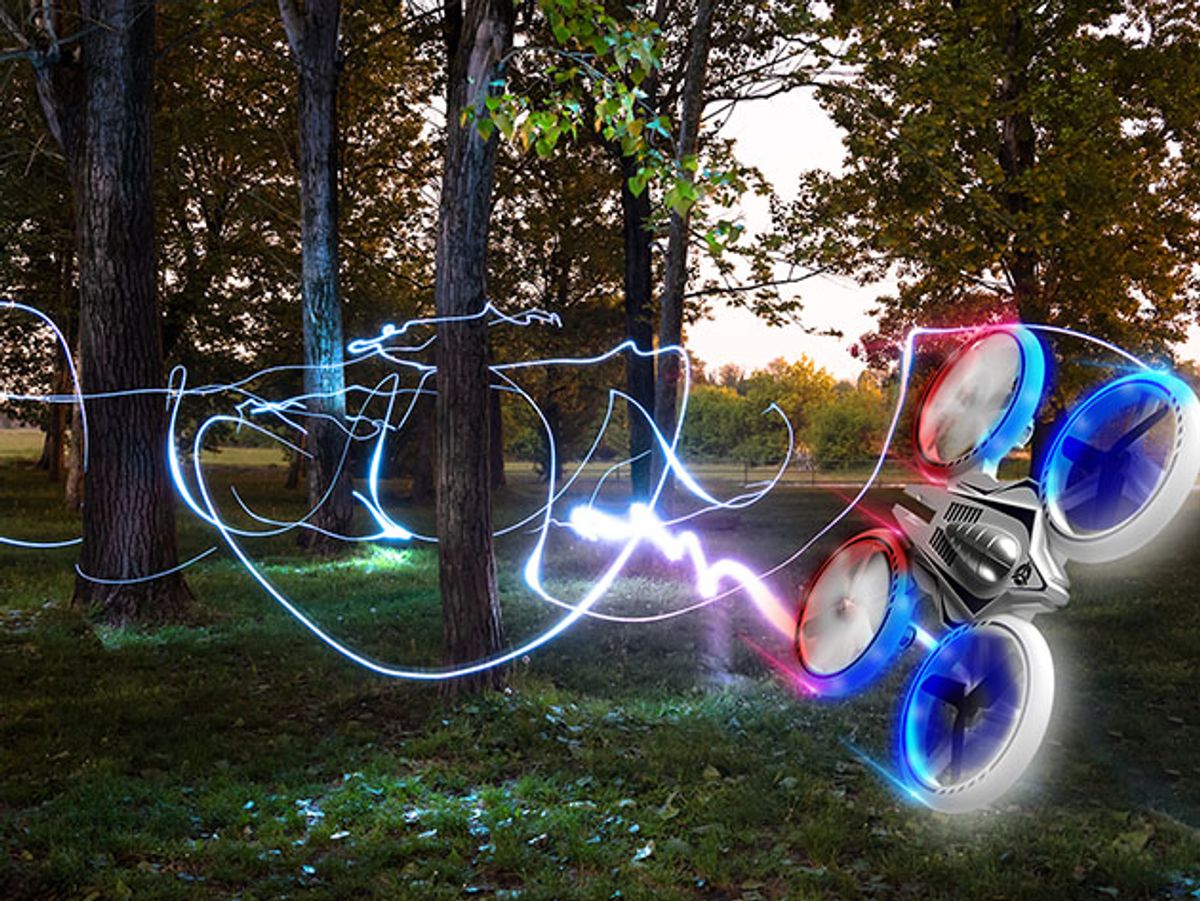 Drones have become one of the coolest toys (and tools) on the market in the past few years but they've also become exceedingly expensive while most models are doing nothing to really stand out from the pack. That can't be said, however, for the Force1 UFO 4000 LED Quadcopter Drone.

This colorful drone is loaded with bright LEDs that make it perfect for night flight and for showing off to all the neighbors. Better yet, it's specifically designed as a stunt drone with a lightweight, streamlined design that makes it extremely maneuverable and easy to control for even absolute beginner pilots. It's easy to accelerate or decelerate and performing sweet stunts like 360 flips are as easy as pressing a button. You can also fly longer than other drones thanks to the two batteries, giving it an 18-minute flight life.

Fly in style with this red, white, and blue LED drone. Right now, you can save $10 off and get it for $39.99. It's never been easier to be the life of the party and it's not too late to get in on the summer fun.