Lightly snappy on the outside, layers of creamy cloud on the inside. Biscuits. 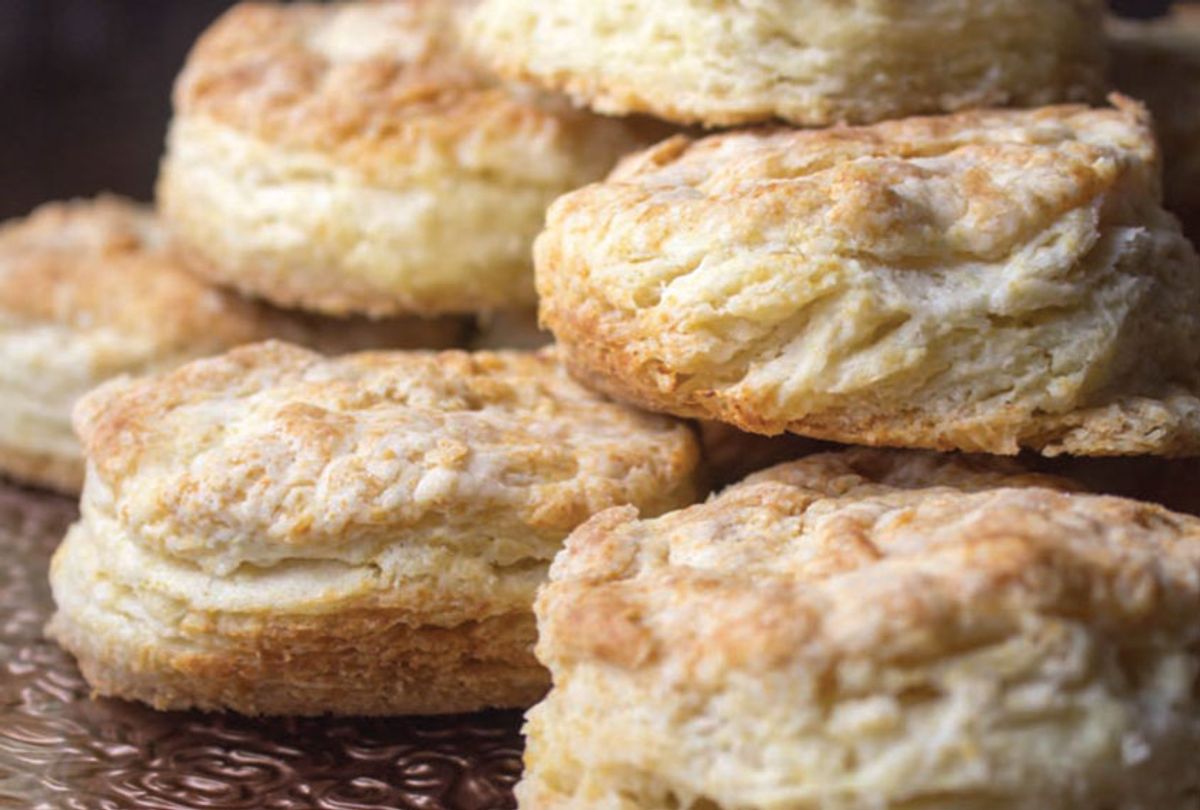 Excerpted with permission from The Quintessential Cast Iron Cookbook: 100 One-Pan Recipes to Make the Most of Your Skillet by Howie Southworth and Greg Matza. Copyright 2019 by Skyhorse Publishing, Inc.

Howie Southworth and Greg Matza are the bestselling authors behind Kiss My Casserole: 100 Mouthwatering Recipes Inspired By Ovens Around the World, and Chinese Street Food: Small Bites, Classic Recipes, and Harrowing Tales Across the Middle Kingdom. The dynamic duo first formed their creative partnership over twenty-five years ago during college, working at a summer camp on the University of California campus in Santa Barbara. Their early collaborations included ill-fated double-dates, harrowing road trips, and epic themed dinner parties, which continue to this day. Here in The Quintessential Cast Iron Cookbook, they will enlighten you as to what makes a cast-iron skillet so lovable, how it’s the king of the kitchen, and why if your kitchen had just one pan, one single tool to accomplish any cooking concoction of which you dare to dream—it should be a cast iron skillet.

Biscuits. What can one say? To me, it’s become critical to use a cast-iron skillet to make these biscuits. Especially since most of them will rise along the sides of the skillet and that contact makes for an even more delicious crispy exterior! Lightly snappy on the outside, layers of creamy cloud on the inside. Biscuits.

Preheat oven to 400°F. In a large mixing bowl, whisk together the flour, baking soda, baking powder, sugar, and salt. Add the butter cubes and incorporate into the flour mixture with a pastry cutter or squeeze with your fingertips until the pieces of butter are consistently smaller than peas. Add the buttermilk and quickly mix well with your hands, until dough forms. This whole mixing process should be completed as fast as possible—at most 2 minutes—in order to avoid melting all the butter.

Dust the counter or a board with flour and transfer your dough from the bowl. Dust the top of the dough with more flour and begin to flatten with your hand or a floured rolling pin. Roll the dough until it is ¾-inch thick. Drizzle 1 tablespoon of oil in the skillet. Cut out dough rounds with a 2-inch biscuit cutter or the top of a 2-inch wide glass, and place the dough rounds into the bottom of the skillet, first around the edges, and then the middle. Drizzle remaining tablespoon of oil over the tops of the biscuits.

Bake until biscuits are starting to brown, about 20–25 minutes. Serve the biscuits warm with mixed berry jam, creamy country gravy, honey, or butter!

Like this recipe as much as we do? Click here to purchase The Quintessential Cast Iron Cookbook: 100 One-Pan Recipes to Make the Most of Your Skillet.