You're about to fall for these Johnny Cakes: Serve this New England staple warm with maple syrup

Do you remember The Sopranos? Vito was bestowed the nickname Johnny Cakes after falling in love with this classic 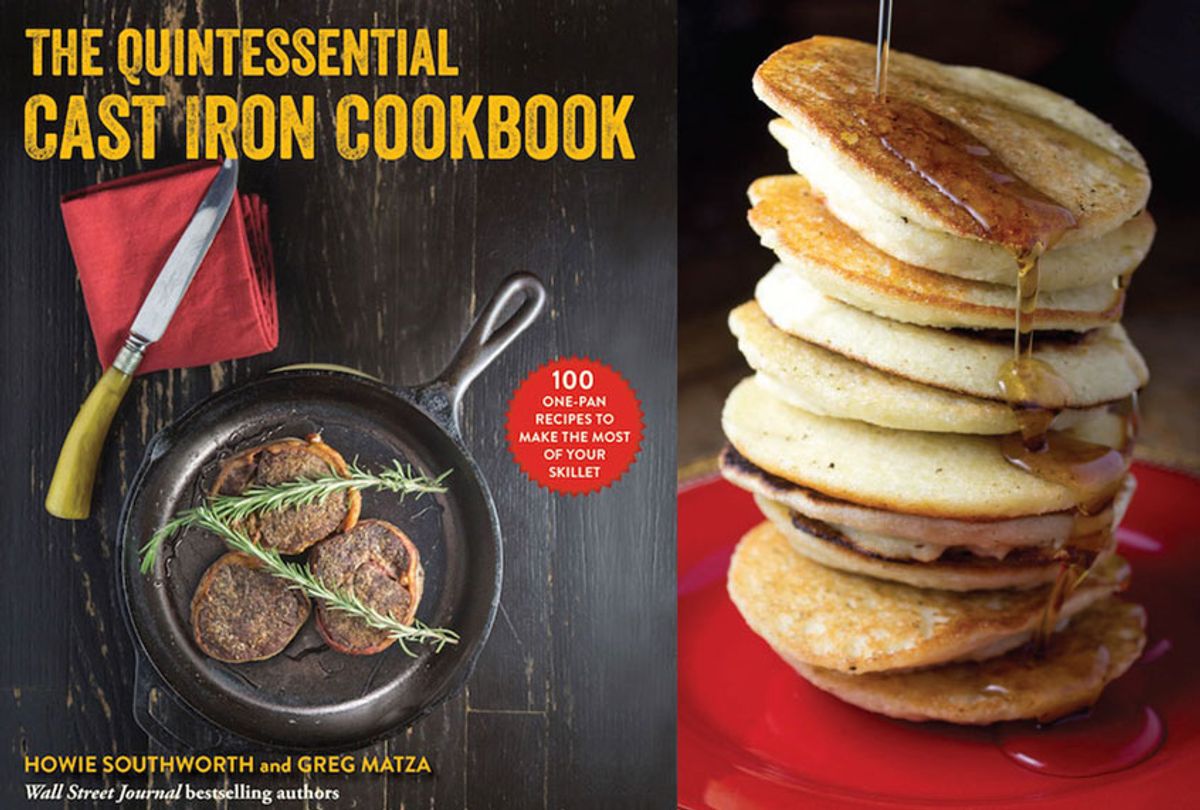 Excerpted with permission from The Quintessential Cast Iron Cookbook: 100 One-Pan Recipes to Make the Most of Your Skillet by Howie Southworth and Greg Matza. Copyright 2019 by Skyhorse Publishing, Inc.

Howie Southworth and Greg Matza are the bestselling authors behind Kiss My Casserole: 100 Mouthwatering Recipes Inspired By Ovens Around the World, and Chinese Street Food: Small Bites, Classic Recipes, and Harrowing Tales Across the Middle Kingdom. The dynamic duo first formed their creative partnership over twenty-five years ago during college, working at a summer camp on the University of California campus in Santa Barbara. Their early collaborations included ill-fated double-dates, harrowing road trips, and epic themed dinner parties, which continue to this day. Here in The Quintessential Cast Iron Cookbook, they will enlighten you as to what makes a cast-iron skillet so lovable, how it’s the king of the kitchen, and why if your kitchen had just one pan, one single tool to accomplish any cooking concoction of which you dare to dream—it should be a cast iron skillet.

Do you remember The Sopranos? I do. Vito Spatafore was bestowed the adorable nickname of Johnny Cakes after falling in love with this New England staple (and the burly cook who whipped them up). You’re about to fall for them as well. The food, not the cook. Then again, you can love me, too. Smooch!

Preheat the oven to 200°F. In a microwave safe bowl, warm the milk in the microwave for 45 seconds. Stir the sugar into the milk to dissolve. Whisk the oil and egg into the milk mixture.

In a separate bowl, whisk together the flour, cornmeal, baking powder, and salt. Add the milk mixture to the dry ingredients and stir together. Only stir until everything is barely combined (no flour streaks). Some lumps are OK. It makes for a fluffier johnny cake!

Melt 1 tablespoon of butter in the skillet over medium heat. Using a 1/3 cup measure, drop batter in rough circles into the pan. Don’t fry more than 4 cakes at a time. After about 1½ minutes you should see tiny bubbles appear on top of the batter. Flip the cakes with a spatula. After about one more minute, remove the cakes and keep them in a warm oven on a plate or baking sheet while you fry the rest.

Add more butter to the pan and fry additional cakes until you run out of batter. Serve warm with maple syrup.

Like this recipe as much as we do? Click here to purchase The Quintessential Cast Iron Cookbook: 100 One-Pan Recipes to Make the Most of Your Skillet.