Thousands of scientists from 40 nations vow to join climate strike

More than 2,000 scientists pledge to join Friday's Climate Strike: "Students have led and we must follow" 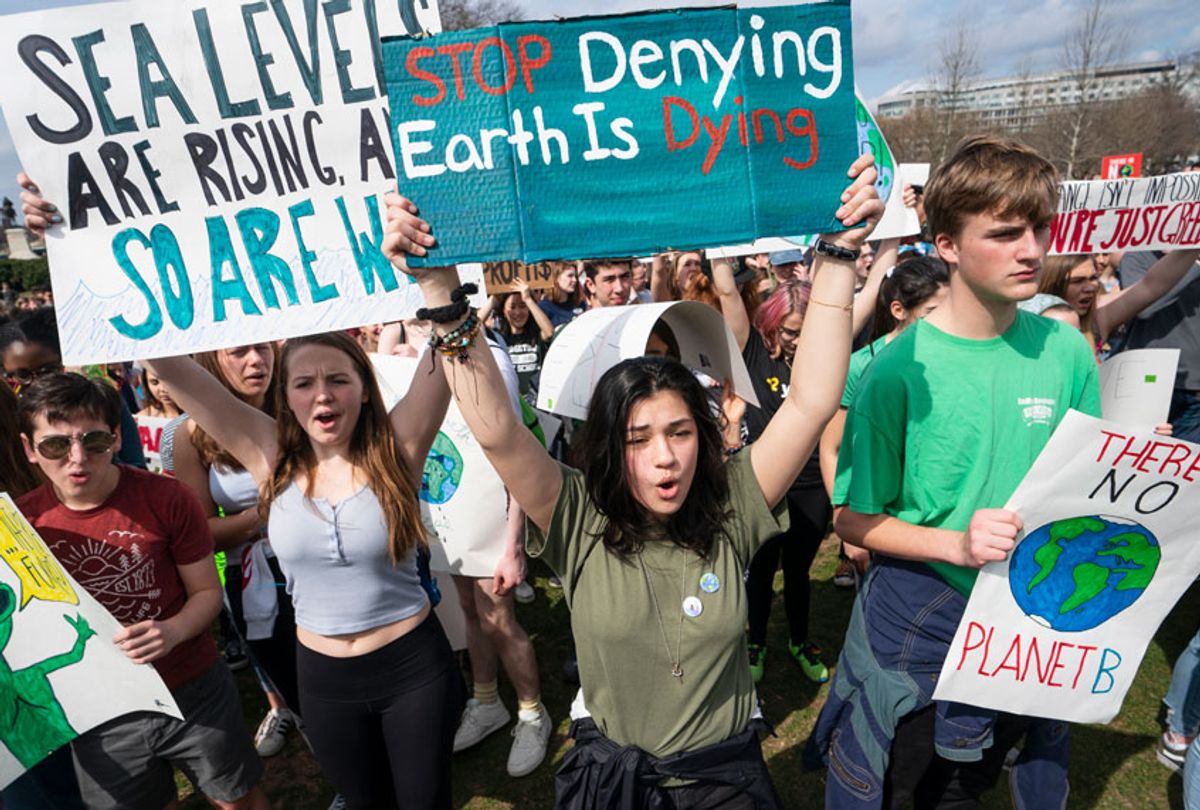 More than 2,000 scientists on Thursday pledged to take part in the Global Climate Strike and week of action beginning Friday, joining the labor movement, Amazon workers and teachers in refusing to allow children to carry the burden of securing the planet's future by demanding climate action.

The scientists, who conduct their research in more than 40 countries, wrote in an open letter that "solid, incontrovertible evidence" supports climate campaigners' grave concerns about the effect of uncontrolled carbon emissions on the planet.

Adults, especially those from the field whose research is the basis for the climate action movement that's gained momentum in the past year, must join young people in calling for an end to fossil fuel extraction and a rapid shift to renewable energy sources, the scientists said.

"Those of us who teach may cancel our classes — or move them outside and turn them into teach-ins for the whole community," the scientists added. "Those of us engaged in research will leave the lab bench or the computer screen for an afternoon and join other citizens in calling attention to the crisis."

The scientists announced their participation a day after Greta Thunberg, the 16-year-old Swedish activist who inspired the Global Climate Strike, testified before Congress by directing lawmakers' attention to the science of the climate crisis.

Instead of offering an opening statement, Thunberg implored legislators to read the Intergovernmental Panel on Climate Change's (IPCC) report detailing how the effects of the climate crisis will be irreversible by 2030 unless world governments drastically reduce carbon emissions — a report officials have had access to for nearly a year.

"Students have led and we must follow — in defense of the scientific truths our colleagues have discovered over the decades, and of the planet we love," the scientists wrote Thursday.

Dr. Julia K. Steinberger, a social ecology professor at the University of Leeds, said scientists have a responsibility not only to share their findings with the public but to stand alongside their fellow citizens in the fight against the "war on science."

"The duty of all scientists and academics is to provide a better future for the youth of the world," said Steinberger in a statement. "Scientifically, we succeeded in explaining the causes and cures of the climate crisis. But at a more fundamental level, we failed to transform our societies and lower our emissions. The climate striking youth are calling us all out of our comfort zones, and it is now the duty of scientists and all adults to support them."

Author and 350.org co-founder Bill McKibben has in recent weeks called on adults to stand alongside the millions of children who have walked out of their classrooms in the last year to demand that their governments treat the climate crisis as an emergency.

Scientists supporting the Global Climate Strike emphasized that young organizers' goals of convincing governments to radically change the world's economies and energy sectors are achievable — but not without the participation of the science field.

"Science tells us that two degrees of warming brings us to some dangerous tipping points or thresholds that will seriously affect human society," said Prof. Hayley Fowler of Newcastle University in the U.K. "The scale of change is immense but not insurmountable. We need to act now to make easy and more difficult changes to our lifestyles to reduce emissions, with the lead from our governments."

Dr. Lucky Tran, an organizer of the 2017 March for Science, tweeted that scientists must speak out Friday, especially considering the Trump administration's muzzling of the science field.

"I am going on strike to stand with the people most impacted by the climate crisis — youth and frontline communities — who are calling on world leaders to stop stalling, and finally act with the urgency that science and justice demand," said Tran.