Fifteen years after "Lost," which drama most successfully carries its legacy?

For years many shows have tried to emulate "Lost." But its most successful descendant isn't one you'd likely guess 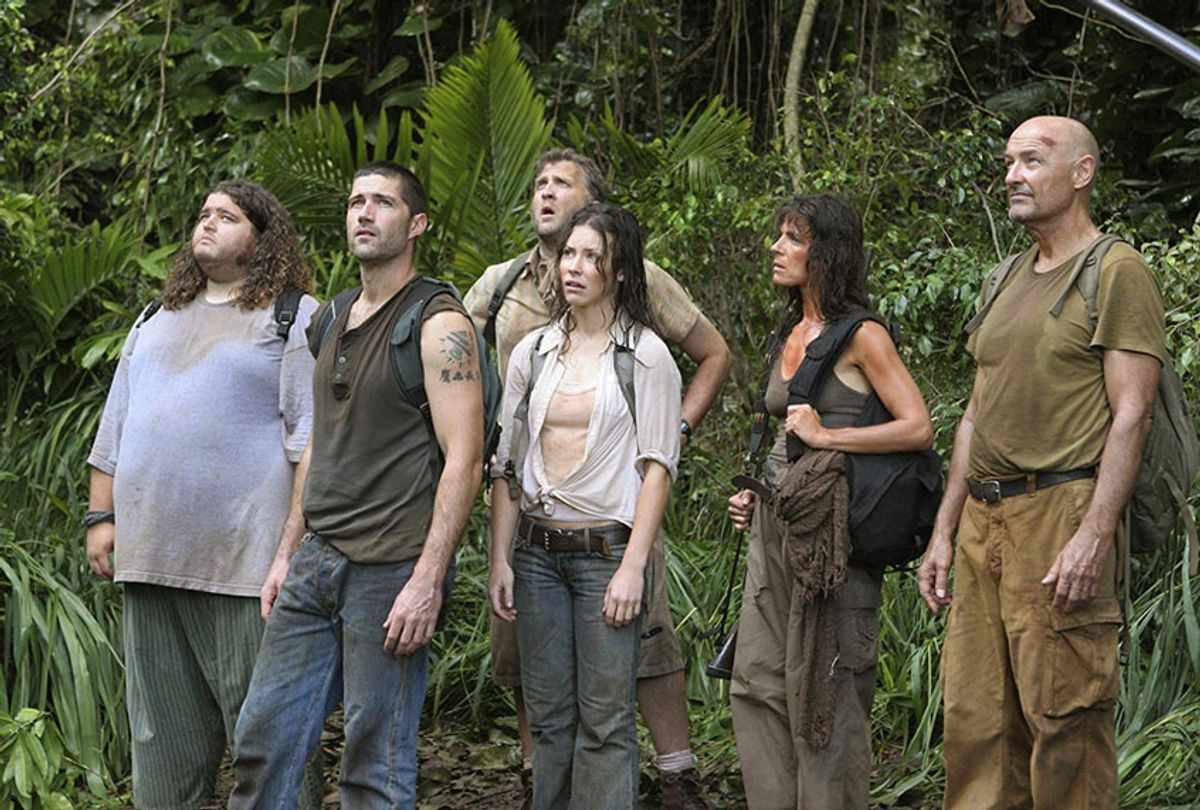 Fifteen years have passed since the premiere of “Lost,” a science fiction drama that aired on ABC at a time when genre series tended to be relegated to niche cable or smaller networks. It helps that "Lost" started with one of the best pilots ever made. Six seasons later, it closed with one of television’s most intensely divisive finales.

Regardless of where people stand with regard to that last episode, there's no denying that “Lost” shifted how we think about television storytelling, and how we connect with one another through our favorite series. To this day, TV producers regard it as a major influence in both respects. Although there have been many spiritual imitators, the show that may be the most successful inheritor of its legacy premieres on broadcast television tonight, Tuesday, Sept. 24, in fact.

This series that borrows aspects of the “Lost” formula -- teasing out central mysteries about identity, examining how singular small actions lead to gargantuan consequences that roll out over decades, and returning time and again to the core truth that the only things that truly matter are the connections we make in this life.

I'm talking about “This Is Us,” making its fourth season premiere Tuesday at 9 p.m. on NBC.

For anyone who’s been keeping up with “This Is Us” from the start, this statement isn’t exactly a revelation. In 2016, series creator Dan Fogelman told critics prior to his show’s debut that he pitched “This Is Us” as “a dramedy version of ‘Lost,’ where you have to understand how everyone’s connected and then kind of explore these people as they move forward.”

Lots of eager creatives boil down their concepts that way. “It’s like (fill in blank), except (fill in blank)!” And many, many “Lost” emulators  made it all the way to series: “Prison Break” lasted a few seasons. NBC’s “Manifest,” another series about a strange phenomenon involving a vanished plane, received a second season from NBC with no premiere date at present. (It will likely return in midseason.)

In the "success yet to be determined" category is "Emergence," also debuting Tuesday at 10 p.m. on ABC, another series about strange occurrences in a mundane place. Who knows if it will find traction with viewers? Audiences were also given a chance to be mystified by “Threshold,” “Surface,” “The Event,” “FlashForward,” “The Crossing” and others long forgotten, and most of us passed.

So how did “This Is Us” succeed where so many others whiffed it? It’s simple, really.

Actually, that’s the answer. “This Is Us” distilled the “Lost” code into its simplest form. Basically, Fogelman created a hit that combines family and individual histories with time travel. That’s pretty much it. And it’s working.

Imagine if other series creators would have known that’s all viewers wanted, and stopped trying to refine their own version of  the “Lost” secret sauce incorporating  elements of philosophy, phenomenology, scientific theory and religion.

We’d still have a lot of canceled series. And we do have other shows in production that studiously imitate the “Lost” schematic, but can’t quite make the connection between spirit and the circuitry. “Westworld,” here's looking at you.

“This Is Us,” like “Lost,” hit at precisely the right moment. “Lost” has the distinction of debuting during the same TV season that yielded “Desperate Housewives” and “Grey’s Anatomy,” which arrived in midseason. But while its seasonal cohorts  are infused with romantic appeal, “Lost” speaks to general malaise and cultural divisiveness of its time. 2004 wasn't just an election year. We were fatigued by the Iraq War and horrified by revelations of prisoner abuse at Abu Ghraib, yet unexcited by George W. Bush’s Democratic challenger for the presidency, John Kerry.

Bush would go on to be re-elected in November, and by then we were deep into divining reasons why a polar bear would be on that tropical island.

Imagine, then, the bewitching audacity of a drama that opens with the chaos following a plane crash, revealing soon afterward that one of the men on the plane, Sayid Jarrah (Naveen Andrews) used to serve as a communications officer in the Iraqi Special Republican Guard.

“Lost” kicks off with the perspectives of Jack Shephard (Matthew Fox) and Kate Austen (Evangeline Lilly) — the first reveal is that he’s a doctor, and soon after we find out that she may be a dangerous woman. From there, our way of viewing the world fans out: we meet and soon fall in love with Hurley (Jorge Garcia), John Locke (Terry O’Quinn), Sun (Yunjin Kim), Joon (Daniel Dae Kim), and many others who soon learn that the island is not a welcoming place, and the only way to survive is to trust each other.

Consider that people who look like Sayid were presumed villains on "24," one of the series that defined the Bush years.  In "Lost," Sayid emerges early on as skilled protagonist and ally. It's Sawyer (Josh Holloway) who is the troublemaker.

It takes a while to get to the heart of “Lost,” but that’s where its resilience lies, in the overarching themes of connection, love and loss. Several of the strangers in the two-part pilot are in conflict with one another. By the end of the series, either on the island or in the so-called sideways universe, they’re profoundly connected. Some are in love, or meant to be. Others are disconnected and wandering.

There’s no parallel existence in “This Is Us” because as far as we know, life offers no proof of what if, only what is. It also begins with a mystery of why the stories of three people living very different lives are being focused upon.  Only at the end of the hour it is revealed  that Randall (Sterling K. Brown), Kevin (Justin Hartley) and Kate (Chrissy Metz), are all Pearsons, part of the same family headed by Rebecca (Mandy Moore) and Jack (Milo Ventimiglia).

From there, the writers drop an assortment of arc-driving questions into the plot, the most significant being that Jack, still very much alive in flashbacks, is dead in the present day, having departed in a way that psychologically scarred one of his children. How did it happen? The answer came in a special post-“Super Bowl” episode.

As Season 4 of “This Is Us” begins, viewers are sitting with painful future knowledge thanks to a flash-forward threaded through the entirety of the third season specked with hints of dark days ahead for one member of the family.  Tragedy is this drama’s energy source, a battery that can always be replaced with fresh cry-inducing developments each week, because that’s life.

“This Is Us” is elegantly simple, free of the puzzles and much of the clue hunting that tangled up other "Lost" clones. It has its share of Easter eggs, but not enough to make a person throw up their hands in frustration. Instead, it makes the simpler proposal of sitting with a family that represents an idealized vision of America within an era where racial strife is front and center.

The mainstream audience’s embrace of Randall,  is not at all surprising, and the disharmony in his marriage explored throughout the third season -- and his role in causing it -- is relatable. The same is true of the struggles Kate faces with her pregnancy and birth, and Kevin’s inability to make his relationship with Zoe (Melanie Liburd) go the distance.

The Pearsons aren’t an island in themselves but an archipelago, and traveling the sentimental chop between each person's story is a gentler weekly adventure than most of what's offered on TV, making it the right type of show for an age defined by disconnection and apathy.

"This Is Us" may not prick our intellectual curiosity in the way that “Lost” did, but it has hit the heart of some need in the audience that still needs tending four seasons into its lifespan. That may be part of the reason that the viewership for “This Is Us” is about on par with the numbers “Lost” pulled in 15 years ago with far fewer competitors in the TV space. Both series averaged more than 17 million viewers during their most popular seasons — Season 3 for "Lost," Season 2 for "This Is Us."

Because of this, I wonder how differently some of the people who were vehemently disappointed by the “Lost” finale would feel about it if they were to watch today. I’ve always held the opinion that the end of “Lost” didn’t provide all the answers to the questions it posed over its six seasons, but it was emotionally satisfying.

Isn’t that the main reason we tuned in then, and watch "This Is Us" now? Viewing a series expressly for the sake of noticing all of its clues and hidden equations is to miss experiencing the range of passions we had for it. For “Lost," those feelings include heartbreak, elation, anger, mourning, and wonder.

Jack Shephard’s father spells it out in the final episode of “Lost”: “The most important part of your life was the time that you spent with these people,” he said. “That’s why all of you are here…You needed all of them, and they needed you.”

Today, apparently, we need the Pearsons. Maybe a few new episodes with them can quell our cynicism enough to inspire reconnecting with the stories of Oceanic Flight 815, and mend any fractures created by how they left us in the end.