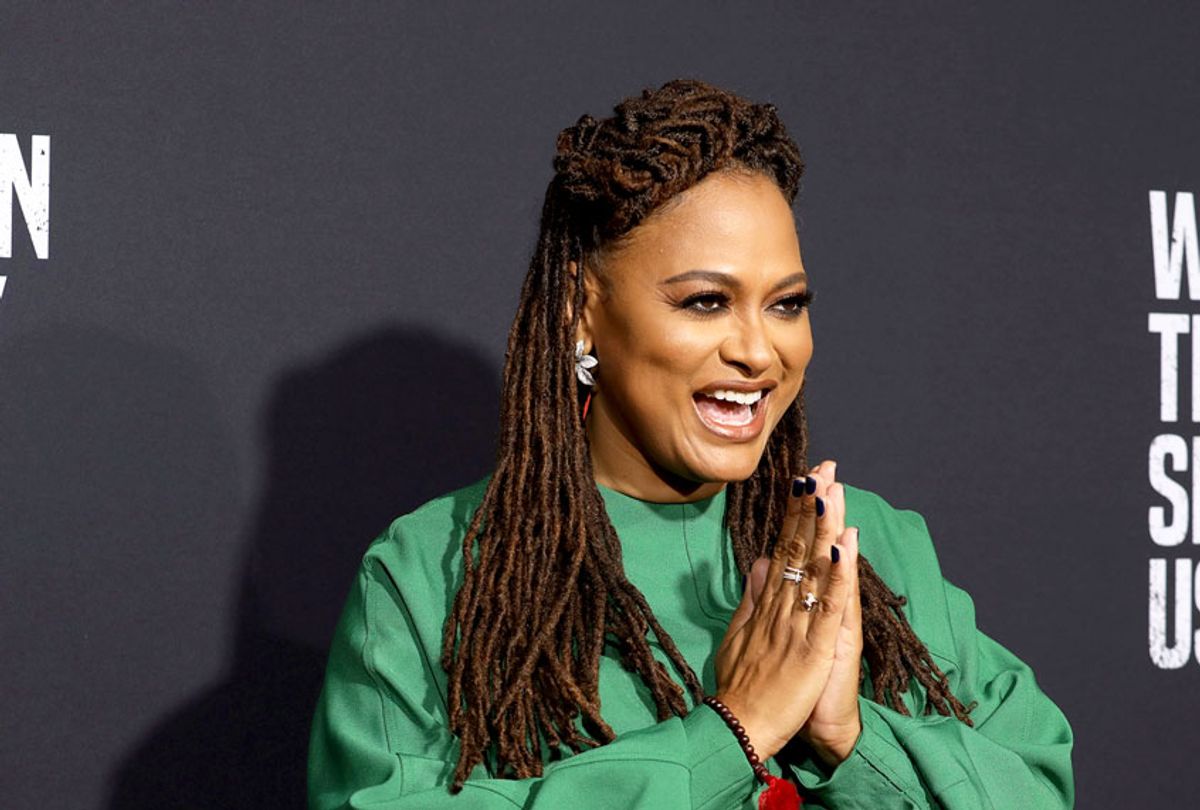 Ava Duvernay attends the "When They See Us" FYC screening at Paramount studios on Sunday, Aug. 11, 2019 in Los Angeles. (Mark Von Holden/Invision/AP)
--

Filmmaking, producing, and directing sensation Ava DuVernay is accomplishing the kind of feats that our government continues fumble.

By feats ­­– I mean equality through leveling the playing field. No, DuVernay, 47, isn’t doling out residuals from her hit films and TV shows, but she is forcing Hollywood to evolve by transforming it into a place where everybody can play.

The "When They See Us" director recently opened The Amanda Theater, a brand-new movie complex, in Los Angeles' Historic Filipinotown. Named after her late aunt, Denise Amanda Sexton, the theater aims to help women and people of color showcase their work.

“The idea was to be disruptive in every system within which artists, especially artists of color and women, have to work in this industry,” DuVernay told the LA Times. “Every system has roadblocks for people like us, whether it is in the acquisition, production, distribution, exhibition, marketing, crewing up. So, what we were looking to do was disrupt those systems so that we create normalcy and momentum.”

DuVernay’s process is extremely simple. Let me walk you through it. Hollywood has a gross history of being racist and sexist, meaning that both women and people of color have struggled to break into the industry and still do. Success stories vary, but they're all hard-won: Tyler Perry was homeless before he scraped together funds for his stage plays, and eventually flipped those earnings into a film empire; Viola Davis struggled to get roles until she got her big break in her in her 40s; Spike Lee had to raise money from family, friends, and strangers to make his first film; and "Black Panther" star Letitia Wright almost quit acting before she got an opportunity to showcase her skills.

"A few years ago I saw myself in a deep state of depression and I literally wanted to quit acting," Wright  said in her British Academy Film Awards acceptance speech. "The only thing that pulled me out of it was God, my belief, my faith, and my family."

DuVernay has found that success and is now sharing that opportunity with the industry’s most vulnerable by providing a space that offers public and private screenings, in addition to other social impactful programing hubs provided on the 14,000-square-foot, three-building compound – including Array Releasing, a for-profit distribution company, and her production company, Array Filmworks.

DuVernay is establishing these organizations at a time where our country is in a heated battle over slavery reparations – the idea that African American descendants of slaves should be paid an estimated 500 billion as compensation for unpaid labor and past injustices. Republicans ignore the issue, obviously; however, competing Democrats have discussed reparations during recent presidential debates leading towards the 2020 primaries. A few leading candidates like Joe Biden and Elizabeth Warren are proposing plans to bridge the wealth gap created by slavery, between white and African American households through policy. More ambitious candidates, who aren’t frontrunners, like Julián Castro and Marianne Williamson are considering and even advocating for direct payments to be made to African Americans. Beto O’Rourke, who was initially against reparations, changed his stance during a campaign stop in South Carolina and eventually stated:

“Until all Americans understand that civil rights are not just victories, but the injustices that have been visited and continue to be visited on people, we will never get the change we need to live up to the promise of this country.”

It feels good to see the presidential hopefuls offer plans as they fight for the White House – but we must acknowledge that they are all affluent now, they all have power now, and none of them are putting forth any real effort to remedy this problem, which makes it look like their reparations speeches are just talk. DuVernay is a woman of action and is putting her money where her mouth is. DuVernay's breakout film, the award-winning "Selma," was released just six years ago, and she has already created infrastructure that will, and had already elevated  marginalized people who want to experience success in the industry.

Why can’t our government do the same? They easily spend billions on pointless wars and tax cuts for the wealthy so they clearly can afford to, but they won't. DuVernay isn't waiting around for policy, pipe dreams or candidates  who may not live up to their campaign promises. She's doing the heavy lifting herself. That's why it is so important to invest and support heroes like Ava DuVernay, who brings about much needed change and is proving that she understands we are responsible for saving us.