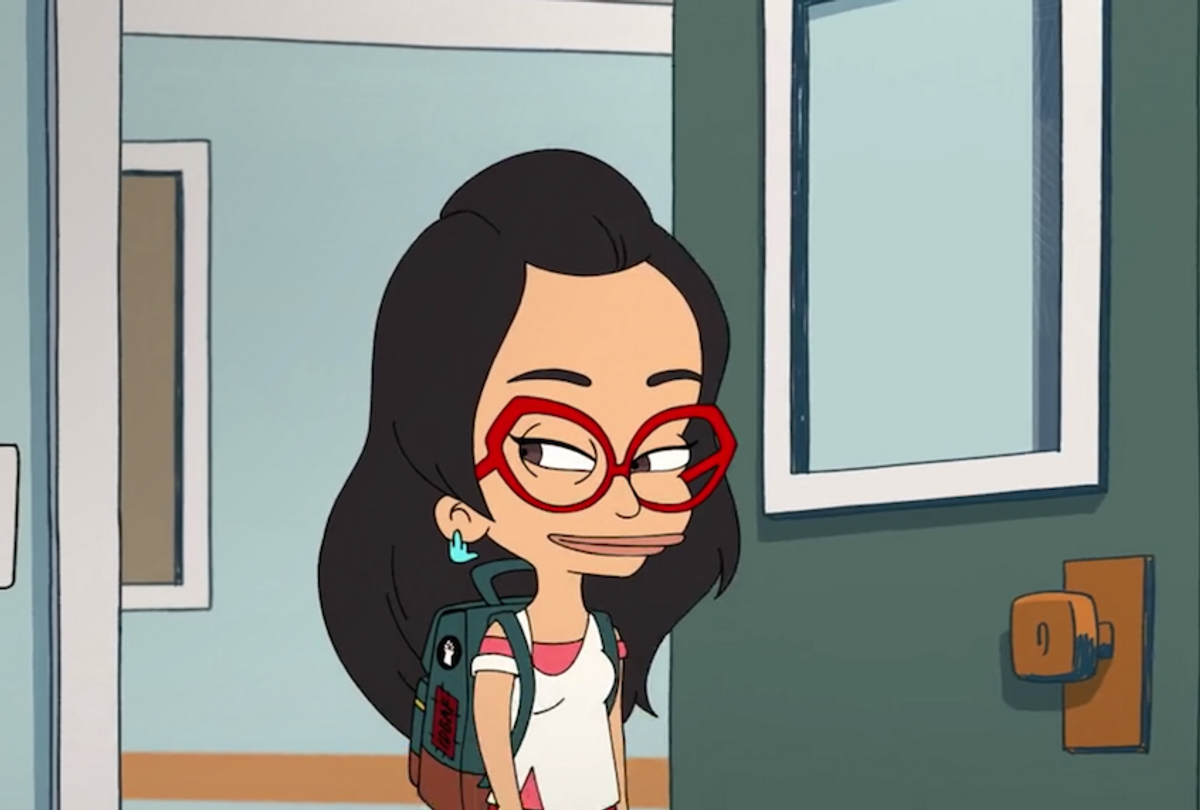 While Netflix’s “Big Mouth” is a series that is often lauded for its adept and earnest approach to a variety of difficult topics—especially for characters in a particularly awkward time of everyone’s lives, puberty—a scene from its recently-released third season has gotten attention for quite the opposite. The particular scene (from the Season 3 episode “Rankings”) in question sees the introduction of a new character named Ali (voiced by Ali Wong), who identifies as both a Ravenclaw and pansexual.

In explaining the latter aspect about the character, “Big Mouth’s” patented frankness has wound up creating controversy surrounding its inaccurate analogy explaining the character’s sexual orientation (as well as other aspects of the LGBTQ+ spectrum). As Ali takes centerstage in the classroom to explain that, “Pansexual means I’m into boys, girls, and everything in between,” Nick asks an understandable question: “I thought that was bisexual?”

However, as LGBTQ+ viewers have since pointed out, Ali’s initial definition of pansexuality immediately drops the ball, as it both implies that trans boys and trans girls aren’t simply boys and girls and it boils things down to two genders. What follows is an extended metaphor that also bungles things up, simultaneously (and inadvertently) overcomplicating and simplifying the concepts of pansexuality (defined by GLAAD as “being attracted to all gender identities, or attracted to people regardless of gender”) vs. bisexuality (“being attracted to more than one gender”):

“No, bisexuality is so binary… Being pansexual means my sexual preference isn’t limited by gender identity…. It’s, like, some of you borings like tacos, and some of you like burritos. And if you’re bisexual, you like tacos and burritos… But I’m saying I like tacos and burritos, and I could be into a taco that was born a burrito, sure, ’kay, or a burrito that is transitioning into a taco. Comprende? And honey, anything else on the fucking menu.”

Vox culture critic Emily VanDerWerff wrote a Twitter thread explaining the multiple issues with the scene and the series’ definitions of pansexuality and bisexuality, as well as its approach to transgender people:

“Big Mouth” co-creator Andrew Goldberg issued an apology statement on Twitter on Monday, on behalf of himself and the series’ other co-creators, Nick Kroll, Mark Levin, and Jennifer Flackett. The apology  acknowledged that the series “missed the mark” with regards to its definition of pansexuality vs. bisexuality, and admitted the challenge of defining “something as complex as human sexuality” on “Big Mouth” – an aspect of the series that had been met with praise until this moment.

"Big Mouth" Season 3 is currently available to stream on Netflix.