I love "Power," but please stop comparing it to "The Wire"

Social media wars have raged over which show is better, but David Simon's HBO series remains the best of its kind 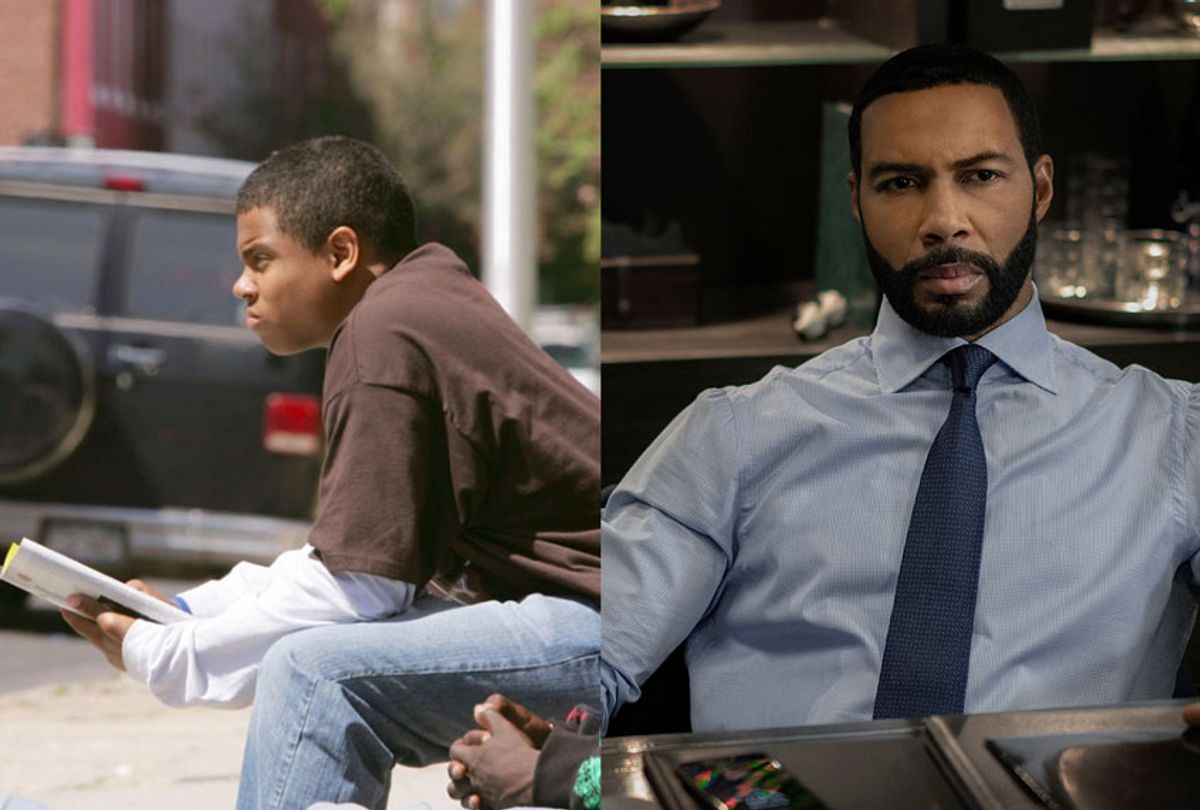 Starz’s hit drama "Power" is coming to an end after an amazing six-season run. The show, co-created and produced by Courtney A. Kemp and Curtis Jackson, aka 50 Cent, has been wildly successful from its start in 2014, instantly developing a cult following, attracting millions of fans, inspiring a popular podcast, and launching the careers and enhancing the visibility of many actors. I’m sad to see "Power" go and happy it is getting so much attention.

Strangely though, over the past few weeks, fans caught up in heartfelt goodbyes are taking it upon themselves to compare "Power" to HBO’s "The Wire." They're questioning which is the better show, who has the better characters and why. The madness even caused #TheWire to trend on Twitter. And to the people engaging in the conversation, stop it. Look, both "Power" and "The Wire" are amazing TV, but comparing them is just ridiculous for too many reasons. There would be no "Power" without "The Wire."

"Power" airs Sunday nights at 8 p.m. ET, but is available at midnight through the Starz On-Demand option, and I’m one of those millions of fans who can’t wait for the official air time. Even if I'm tired or beat up from long Friday and tipsy Saturday nights, I still tune in. The show is centered around James "Ghost" St. Patrick (Omari Hardwick), a wealthy businessman who has experienced success, both as an elite nightclub owner and drug kingpin, the way in which he earned his money to purchase the clubs in the first place. Nightlife business was supposed to his exit strategy from a life of crime; however, his beautiful and strategic wife Tasha (Naturi Naughton), along with his wild card best friend, street business-partner, and coconspirator Tommy Egan (Joseph Sikora) keep finding ways to pull him back in. Spoiler alert: They don’t have to do much convincing – especially when Ghost rekindles the flame with his high school sweetheart, now a Federal prosecutor Angela "Angie" Valdes (Lela Loren). Ghost’s affair with Angie sparks some of the controversy and a number of problems that has been keeping so many viewers like me engaged over the past six seasons.

And then there's "The Wire," which was created by David Simon ran from 2002 to 2008. Like "Power," "The Wire" has launched the careers of many talented actors including Idris Elba, Wood Harris, Andre Royo, Sonja Sohn, and Dominic West, to name a few. While the talent mentioned played pivotal roles, they were in support of the show's main character: Baltimore. Having Baltimore as the central character in "The Wire" is why you can’t compare the show to "Power." "Power" was shot in New York; however, the storylines involving love, crime, disloyalty, and how they affects the various characters involved could have happened anywhere: in Baltimore , DC, Chicago, L.A. or Atlanta even.  "The Wire," on the other hand, could only exist in Baltimore.

Admittedly, I am a lifelong Baltimore resident, so my assessment could come off as bias. But it’s not, mainly because I think for certain shows, the settings are integral to their identity: shows like "Law & Order: SVU" could only exist in New York; Inglewood is a part of "Insecure"; "Snowfall" could only take place in L.A.; and FX’s "Atlanta," well, it’s in the title. These shows feature the vernacular, colloquialisms, and a style that's indigenous to the cities where they are based; "Power" doesn't.

Also, despite my ties to Baltimore, I never even watched an episode of "The Wire" until years after the show went off the air; it was just something that many of us locals didn’t do. While Simon’s biggest project to date was gaining global popularity and attention I – similar to many of the street dudes portrayed in the show – wasn’t running home to tune in. We were living it, and not even able to comprehend why anybody in New York or L.A. would care about a show based in our little town of Baltimore. That, and a bunch of us just didn’t have HBO.

I wasn’t pressured to watch "The Wire" until I enrolled in college at the University of Baltimore and a bunch of my classmates – from the Pre-Law squares and snarky English majors to the Criminal Justice dudes who couldn’t stop talking about their day jobs – swore by it. "The Wire," "The Wire," and "The Wire" was all they talked about. All of their comments and opinions – especially on black Baltimore residents – were based on or derived from "The Wire." These guys found a way to loop "The Wire" in to every conversation, from failed policing, to politics to poor schools. I had to see it.

"The Wire" was the first television show I ever binge-watched, and it came as no surprise to me that many of my classmates got it wrong. Many of them just used Simon’s stories to enhance their own biases. I heard too many arguments about how good police fail because the system is broken, but not enough extending Baltimore’s poor and black civilians the same kind of credit. Cops can blame the system, but we can’t? Simon didn’t create "The Wire" to define the actions of black Baltimore citizens, addicts, and dope dealers any more than he tries to justify the actions of quirky and or aggressive police officers, teachers, and politicians, many of whom are black as well.  Simon’s goal is to expose all of the holes in the system, all of the systems we are forced to survive in, whether you are a cop or a dope boy or a news reporter or student­­. The great link, the one thing that all of these different ethnic groups, career paths, and people have, is they subscribe to some sort of flawed system that prohibits a certain amount of progression, and there is nothing that anyone can do about it because one person's failure is always another person's currency. Simon brilliantly exposes those flaws and uses the city’s history as a means to explain.

"The Wire" weaves storylines from the drug trade to policing, to Redlining to education, to generational poverty to addiction to the idea of what happens when you leave the department or the streets, or if that is even possible. It helped many street dudes like me see the humanity that exists in cops and vice versa – but most importantly, it forced tough conversations and made people further examine themselves and the roles they play in the development and destruction of the places they inhabit.

"Power" is more romantic. The sex scenes are longer and more intimate, the characters are more glamorous, and it’s really like an addictive, dope-dealing melodramatic soap opera. As stated, I’m a "Power" fan, but when you peel back the layers, it’s less realistic than "The Wire" and only serves one role: entertainment.

"The Wire" is a historic teaching tool based on actual people, systems, and events. "Power" has lawyers that double as cops, NYPD officers that boss FEDs around, and a protagonist that’s literally a serial killer – serial killer that no one calls a serial killer because he keeps his hair cut  and sports tight, for- fitting suits. The political aspects and police storylines on "Power" aren't as developed as those in "The Wire"; however, Power offers a stronger view of the elements that make family and personal relationships fumble.

"Power" and "The Wire" are both extremely watchable. There’s strong value in both of these shows as they have blessed me with the gift of relatable entertainment, Twitter jokes and battles, and perspectives I never would have fully fleshed out on my own. But still, if I had to choose, I’d recommend "The Wire" over "Power" because you wouldn’t be able to understand the premise of "Power" or how a major American City could create a guy like Ghost  without "The Wire’s" information on the system's role in his pain and why he will never be able to escape.

"Power" is rolling out its final season on Sundays on Starz. "The Wire" can be streamed on HBO Now.