People are growing less tolerant to violence against animals, and lawmakers are responding. But more must be done 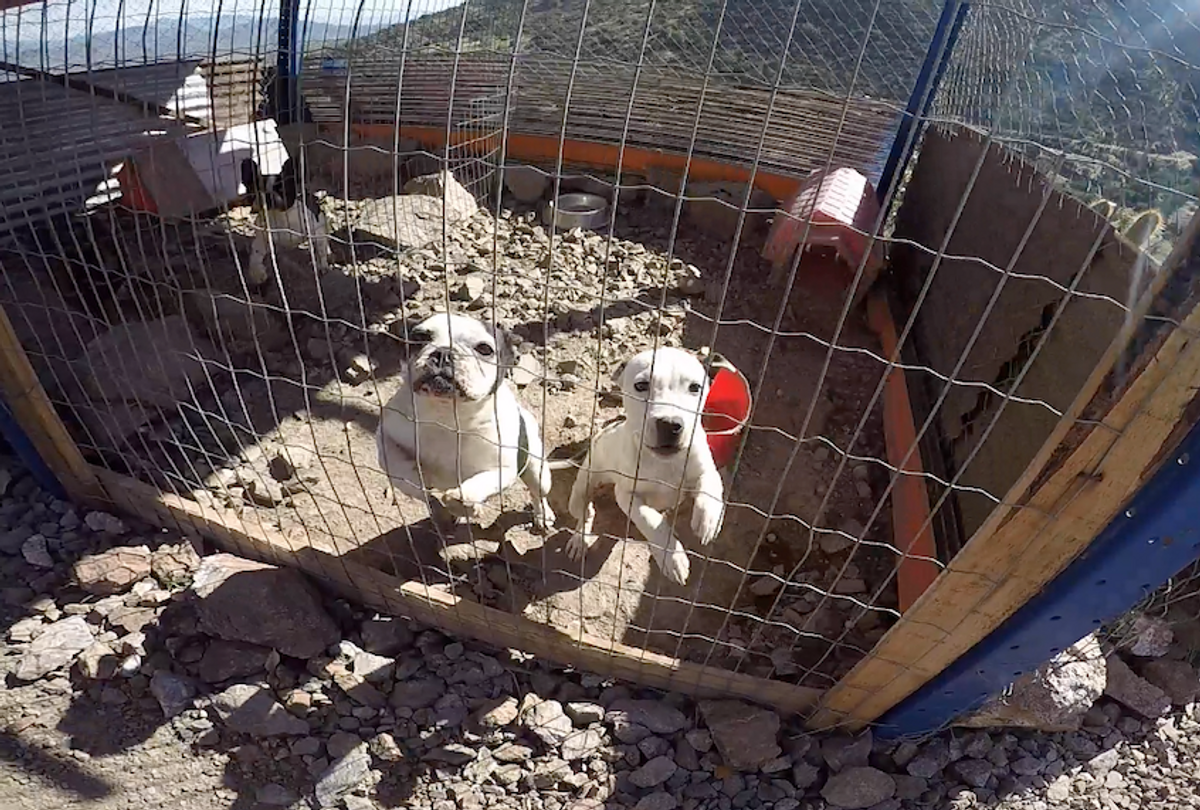 The scene was heart-crushing: 21 dogs, many sick, wounded and infected, on heavy chains or trapped in filthy kennels with no food or water — just bowls coated in thick, green slime. Three puppies who had succumbed to starvation lay dead and decomposing on the hard dirt.

This discovery by an undercover investigator working for my animal advocacy group Lady Freethinker was appalling to witness, but hardly a shock. The owner of the decrepit facility, Gonzalo Ariel Rebolledo Robles, had two prior charges for organizing dogfights and breeding dogs for fighting. In fact, these very kennels in Llay Llay, Chile, were exposed for their cruel conditions on national Chilean news network Mega in 2016, on the program “Mision Encubierta.”

Still, Rebolledo Robles had never served time. And in July 2018, the date of the investigation, he was confident enough in Chile’s lax animal cruelty enforcement enough to confine — and neglect — yet another batch of helpless dogs on the notorious property. But this time would be different.

Increasingly fed up watching one violent animal abuser after another walk free, the people of Chile had finally had enough. And in February 2019, legislation known as “Cholito’s law” went into effect. Along with requiring guardians to register and provide identification devices for their companion animals, the law stiffened the nation’s penalties for animal cruelty, including adding tougher sentences for cruelty resulting in death.

When Rebolledo Robles appeared for sentencing at the San Felipe Criminal Court this August, the judge unleashed Cholito’s law in full force. And for the first time in the nation’s history, an animal abuser got the maximum penalty under the new legislation: Three years nighttime imprisonment, a fine of 30 monthly tax units, and perhaps most importantly, a lifelong ban on ever having an animal in his possession again.

This historic victory follows a wider trend as countries, states and municipalities around the world are strengthening animal protections, and citizens are growing less and less willing to tolerate violence against our fellow species.

Public perception of animal cruelty, backed by mounting scientific evidence of the similarities between human and nonhuman animals, is helping to change hearts, minds and laws.

At the 18th meeting of the global treaty of cross-border wildlife trade on August 30, a summit of 182 countries and the European Union, 130 animal species received protections for the first time. A landmark takeaway from the summit was approval of a near-complete ban on capturing African elephants and sending them to zoos in other countries.

“Like us, elephants feel joy when reunited with family and grief when brutally separated,” said Joyce Poole, an elephant behavior expert at National Geographic Explorer. “Like us, they need friends and space to thrive. The physical and psychological harm caused to individual elephants by their traumatic capture and their impoverished lives in captivity is well-documented.”

In the United States, a nationwide, bipartisan bill was reintroduced this year to make animal cruelty and bestiality a federal felony. If passed, the Preventing Animal Cruelty and Torture Act (PACT Act) would mark the first national law in the U.S. criminalizing animal torture.

On the state level, from 2017 to 2019 alone, California passed some of the strongest farm animal protections in the world and became the first state to ban the sale of cosmetics tested on animals. The state also enacted a law this year banning the sale of dogs, cats, and rabbits in pet stores if they don’t come from a shelter or rescue organization.

From Tommie’s Law to protect Virginia’s companion animals to Nosey’s Law in New Jersey to end the use of elephants, tigers and other exotic animals in circuses, individual cruelty cases gone viral are spurring lawmakers to position themselves as heroes for suffering creatures and quickly pass reforms for formerly impotent laws against abuse.

The effect is global.

In the United Kingdom, Environmental Secretary Michael Gove introduced The Welfare Animal (Sentencing) Bill to Parliament this year, which would increase the maximum prison sentence for animal abusers from six months to five years — a ten-fold increase and one of the strictest laws of its kind in Europe. These laws further enforce the policies enacted in the 2011 Animal Welfare Act, recognizing all vertebrates as sentient beings.

Other European countries like Luxembourg, Norway, the Czech Republic, Belgium and Ireland, to name a few, are following suit to strengthen animal protections. All passed fur farming bans between 2017 and 2019.

Countries in Asia are making strides, too, with more citizens sharing their homes with dogs and cats. Thailand introduced its first animal welfare law in 2014, which includes a 2-year prison sentence and a 40,000 baht (roughly $1300 USD) fine. China banned the ivory trade in 2018, and Singapore has pledged to ban the domestic trade of ivory by 2021, which will prohibit both the sale and public display of ivory products.

A long way to go

As hopeful as the future appears for animals, we’re still galaxies away from a humane world. Even the most progressive governments let a lot of animal suffering go ignored. And China, the most populous country in the world, has yet to pass a single law protecting domestic animals or livestock from cruelty.

When industries profit from animal exploitation, cruelty becomes especially hard to stop. On modern farms, for example, billions of animals suffer in crushingly tight spaces, wading in their own urine and feces and enduring painful procedures like de-beaking for chickens and castration with no pain relief for male pigs. Anti-cruelty laws will make exceptions for livestock, expressly stating their exclusion in the bills’ language.

Often, even our beloved puppies and kittens are afforded only minimal protections. In Kentucky, torturing and killing an animal is a mere misdemeanor for first-time offenders. Ranked 50th (of 50 states) for animal protection laws according to the Animal Legal Defense Fund, Kentucky is also the only state in the union that actually bars veterinarians from reporting it if they see animal abuse.

Even that historic sentence in Chile could be much tougher. “Nighttime” imprisonment means Rebolledo Robles only has to sleep in a cell — his days are free.

As with any social movement, true justice for animals will not happen swiftly. We’re still struggling to live compassionately with other humans, let alone creatures of other species. But just as we will evolve past racism, sexism, ageism and religious persecution, we will evolve past barbarism toward animals, too.

The animals need your voice in that fight.