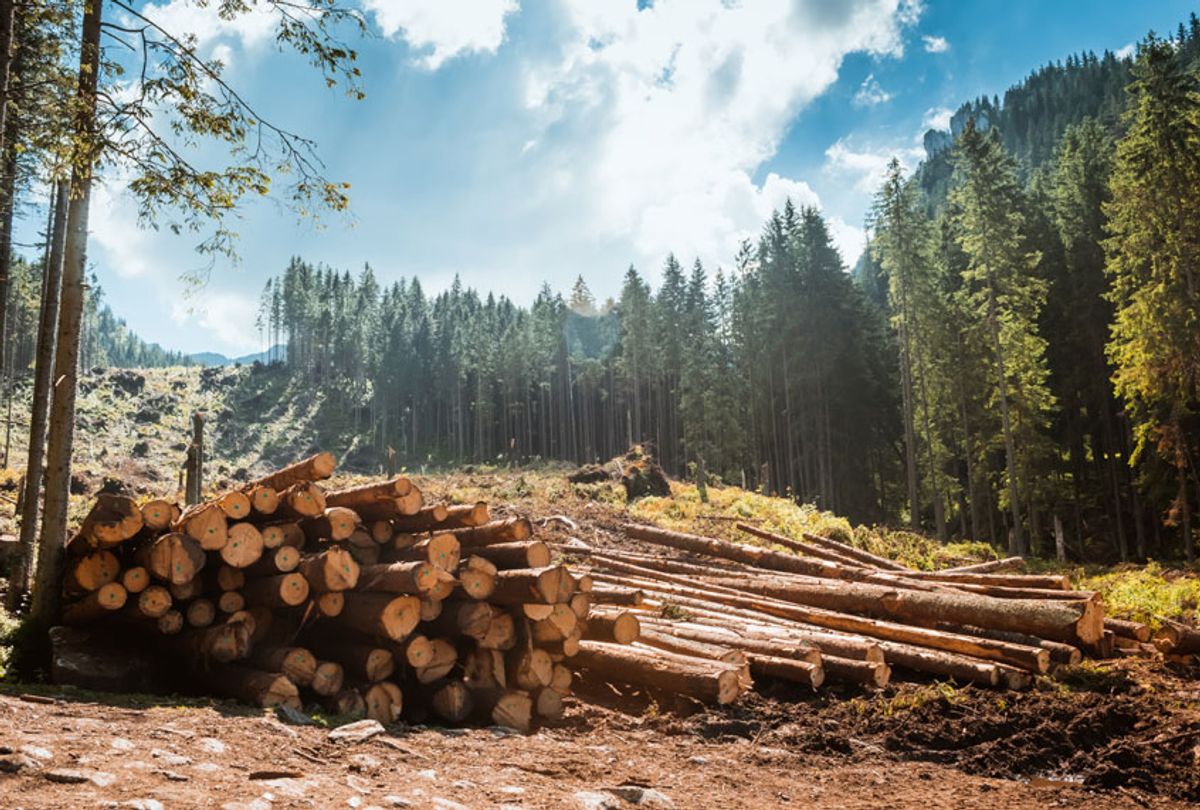 The environmental law non-profit Earthjustice said Tuesday it would challenge a Trump administration proposal to open up more than half of Alaska's Tongass National Forest to the logging industry — threatening wildlife and indigenous populations as well as one of the world's greatest carbon sinks.

The U.S. Department of Agriculture (USDA) released a draft proposal to exempt the Tongass from the 2001 Roadless Rule, which was first enforced by President Bill Clinton just before his second term ended.

The National Wildlife Federation called the proposal "an ecological abomination."

"Rather than proposing any semblance of balance, this latest extreme action by the Trump administration will irreparably harm local watersheds, fish and wildlife populations, and the region's robust outdoor recreation economy," said Collin O'Mara, the group's president and CEO.

Earthjustice said on Twitter it would fight to protect the Tongass.

"President Trump's attack on the Tongass National Forest threatens an irreplaceable national treasure," said Eric Jorgensen, managing attorney in Earthjustice's Juneau, Alaska office. "There is no good reason to roll back protections for the Tongass, and Earthjustice will oppose this attack on the safeguards wisely established by the Roadless Rule."

At more than 16 million acres, the Tongass is the largest intact temperate rainforest in North America and stores more carbon per acre than any other forest on the planet, helping to reduce the carbon in the atmosphere and slow the climate crisis.

The administration's goal of rolling back the Roadless Rule is its latest attack on efforts to protect the Earth from the effects of fossil fuel emissions, the Natural Resources Defense Council said.

"As a global climate crisis demands that we take urgent conservation and climate-mitigation measures, the Trump administration wants to do the opposite — and lay waste to some of our country's most unspoiled wildlands that absorb massive amounts of carbon," said Niel Lawrence, Alaska director for NRDC.

"Alaska is already reeling from the effects of climate change. Clearcutting remaining old-growth trees in the Tongass National Forest would release significant amounts of carbon into the atmosphere and make things worse," added Randi Spivak, public lands director at the Center for Biological Diversity. "It's wrong to put private profits ahead of the health and future of Alaskans."

The Tongass also provides a place for 40 percent of West Coast wild salmon to breed, a habitat for many other animals, and has been used for generations by Indigenous populations.

"America's largest national forest," said the NRDC, "is home to species like wild Pacific salmon, the Alexander Archipelago wolf, and many others that depend on its majestic old growth forests. So, too, do local Indigenous communities, who rely on these pristine lands for traditional hunting, gathering, and cultural practices.

The USDA and Alaska's Republican members of Congress claim allowing the logging industry to take over more than nine million acres of protected land will boost the state's economy, but the Washington Post reports that logging provides less than one percent of southeastern Alaska's jobs.

Seafood processing and tourism, both supported by the Tongass, provide eight and 17 percent of the area's jobs, respectively.

"The bottom line is the agency will face a heavy burden to justify this exemption," Jorgensen told the Post.