Breast implants may cause cancer, and the FDA has finally responded to women’s concerns 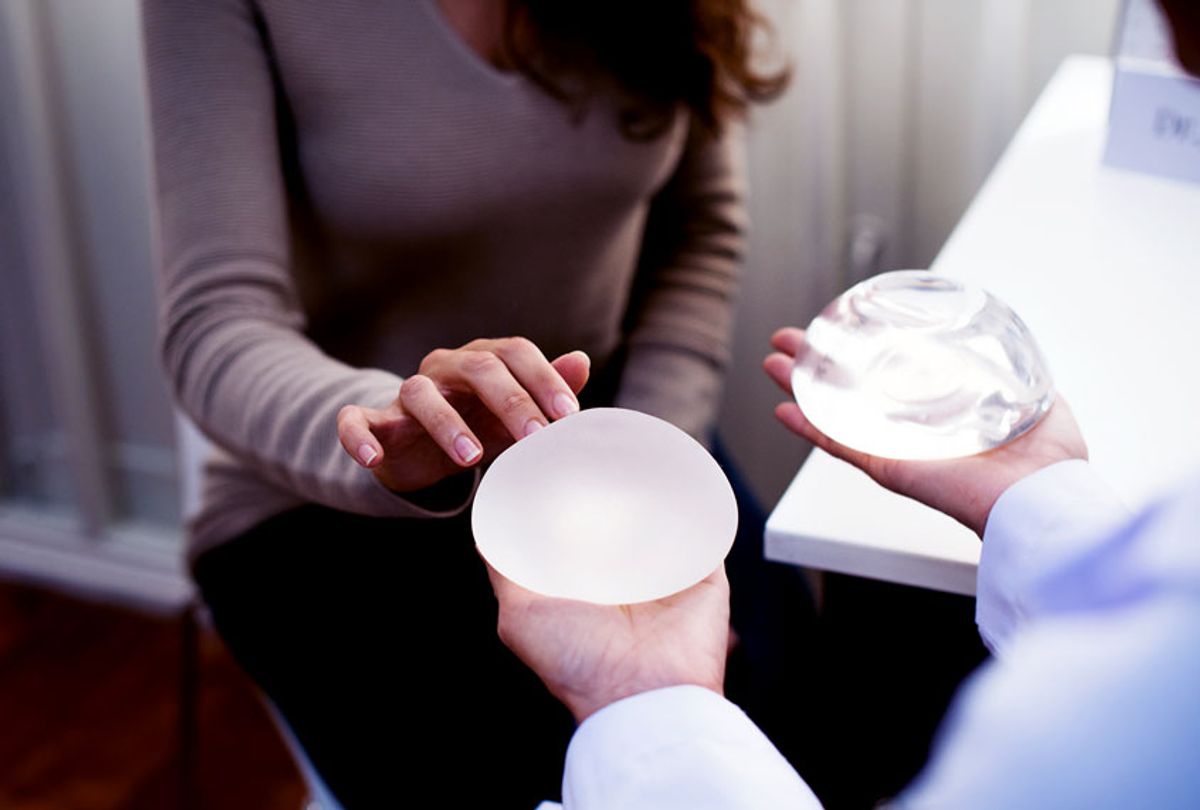 Woman planning to have a breast implant (Getty Images)
--

On Wednesday, the Food and Drug Administration (FDA) proposed that breast implant manufacturers use a boxed warning to clearly address the risks of implants. These special warnings call attention to potentially serious side effects of a medicine or to restrictions on the use of the medicine. The doctor or prescriber is supposed to then inform the patient of those associated risks, which in the case of breast implants include being associated with a rare form of lymphoma called anaplastic large cell lymphoma (ALCL) and symptoms of Breast Implant Illness. These symptoms include brain fog, anxiety, headaches, insomnia, and more.

Breast Implant Illness is not an official diagnosis. In fact, it has been dismissed by many medical professionals, yet there has anecdotally been a rise in reports of the condition. Women who say they have BII have formed communities in Facebook groups, and turned to a petition on Change.org, which in part resulted in getting the FDA’s attention and proposed boxed warning that the agency announced today.

“Over the past few years, FDA has received new information pertaining to risks associated with breast implants, including breast implant-associated anaplastic large cell lymphoma (BIA112 ALCL) and systemic symptoms commonly referred to as breast implant illness (BII) that some patients attribute to their implants,” the draft of the proposed guidelines to warn patients explain.

The public can submit supportive comments on the petition by December 23, 2019. The agency is also proposing that doctors provide potential patients with a checklist addressing the risks. The proposal comes after momentum in public outcry since FDA associated implants with ALCL in 2011. In July, the FDA requested that one manufacturer, Allergan, recall textured breast implants linked to the cancer.

Renee Ridgeley, a writer and  patient advocate, wrote about her experience in the Washington Post about being diagnosed with breast cancer, which resulted in getting a double mastectomy — but her implants were Allergan Biocell 410s, the same ones on the recall list.

“I had consultations with five breast reconstruction surgeons. None mentioned BIA-ALCL or gave me the Allergan documents,” Ridgeley wrote. “Most women with breast cancer don’t have the luxury of browsing websites looking for additional cancer risks before surgery. We’re too busy with blood tests, biopsies, MRIs, consultations, buying wigs, arranging child care and organizing the chaos before the hellfire of cancer treatment begins.”

Diana Zuckerman, president of the National Center for Health Research in Washington, told Salon in an interview this is one of the biggest problems with the Allergan implants.

“They are very often used with breast cancer patients who wanted reconstruction after mastectomy or bilateral mastectomy or many of whom didn't need them, but who thought they were doing the cautious, careful thing — getting both breasts removed to prevent cancer from coming back and ending up with a different kind of cancer,” Zuckerman said.

ALCL is found in the scar tissue and fluid near the breast implant, and while it is a rare form of cancer, sometimes it can spread throughout the body.

Ridgeley had her implants removed, but other women haven’t been able to because they are burdened by cost. A surgery to remove breast implants can cost up to $12,000. Many women have shared stories of despair on a Change.org petition, that has more than 70,000 signatures demanding the FDA to put a box warning and mandate a patient-doctor checklist, about being unable to get their breast implants removed due to cost. Many of these women were not informed of the risks, and say they have experienced Breast Implant Illness.

“I have breast implants and can’t afford to have them removed,” one woman from Texas wrote. “I’m in constant pain and can never leave my house to enjoy life because of them.”

“I am signing this because FDA’s biases and lack [of]  honesty allowed plastic surgeons to implant with the device that has caused my cancer, Ulcerative Colitis, deteriorated vision, caused blood clotting issues during my pregnancy, and destroyed my joints,” another woman from Arizona wrote. “It is inexcusable!”

More recent studies have reported higher rates of autoimmune disease among women with silicone breast implants, although a causative relationship was not established.

Zuckerman told Salon she is happy the FDA has taken action, but that the agency has failed to be more detailed in its proposal.

“It is not as informative as it should be in describing well-designed studies indicating a risk of systemic illnesses,” Zuckerman told Salon. “It’s true that patients are reporting these illnesses, but there are also large studies with statistically significant findings.”

She pointed to one 2018 large-scale Israeli study, adding she believes industry politics got in the way of the FDA being transparent about research, for example, studies that say there are no issues with women having implants are often “funded by people who have a financial interest in saying there isn't a problem here.”

Meanwhile, some plastic surgeons say they are happy the FDA has issued the proposal, but that the press around the concerns might be overhyped.