Lab rats felt relaxed after driving tiny cars, but not when they were passengers

Surprising results in driver rats vs. passenger rats may have implications for the future of self-driving cars 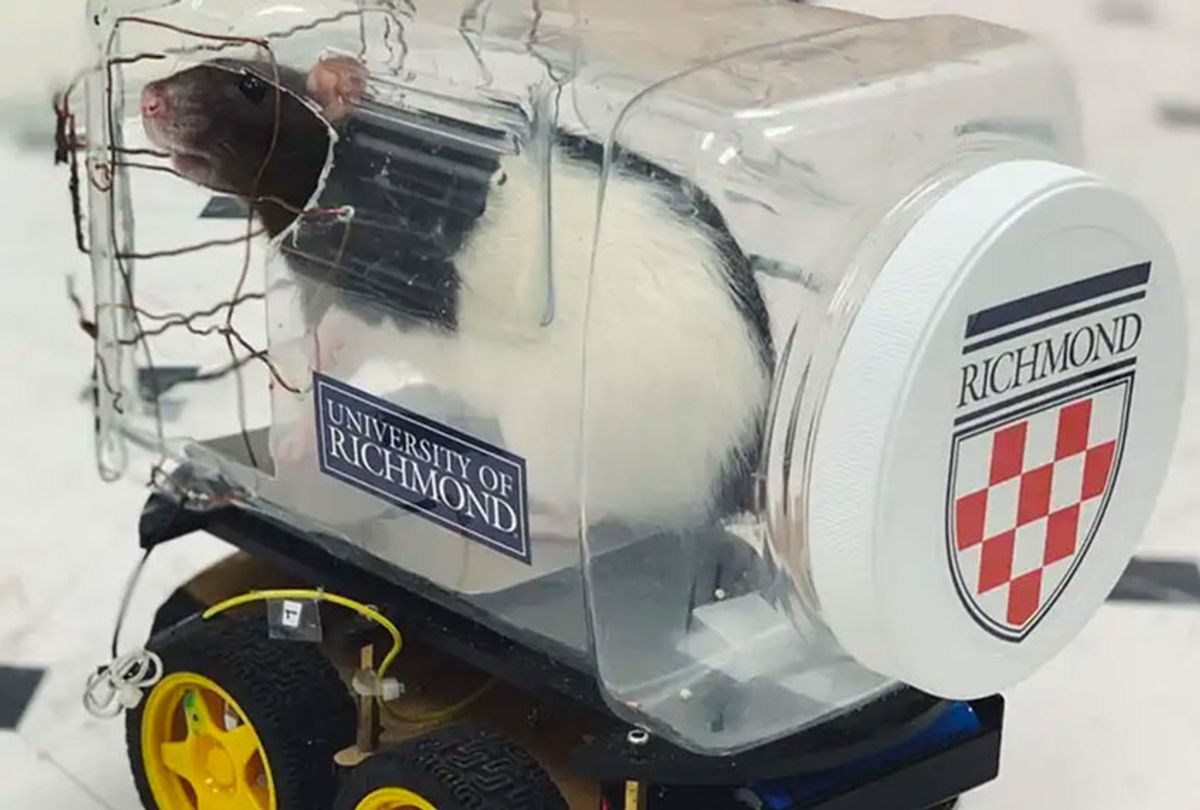 Rats continue to amaze us with their sharp and agile brains, which makes them useful for studies. They can be trained to do human-like activities such as press buttons and solve problems, such as finding their way around a maze. This week, the latest human-like rat activity has made national headlines, and for good reason— they can drive, too. Sort of.

While the mere act of rats learning to drive is indeed fascinating, what scientists discovered after the activity is even more interesting. Hormones indicated the rodents had lower stress levels than rats who hadn't been out joyriding. This finding could have wider implications for human mental health as well.

“The rat is an appropriate model for the human brain in many ways since it has all the same areas and neurochemicals as the human brain — just smaller, of course,” Kelly Lambert, professor of behavioral neuroscience who led the study, said in a statement via the Washington Post. “Although humans are more complex than rats, we look for ‘universal truths’ about how brains interact with environments to maintain optimal mental health.”

Now of course, these weren't actually miniature mouse-mobiles the rats were driving in the study. Researchers at the University of Richmond in Virginia trained the six female rats and 11 male rats to navigate makeshift cars, which were made out of empty food containers. They were retrofitted with an aluminium floor and three copper bars to make a steering wheel that the rats could grasp with their paws. When the copper bars were touched by the rats' two front paws, it created an electrical circuit that powered the car, which could move in different directions. The rats were rewarded with Froot Loops when they moved the car forward.

“When we measured hormones associated with stress (corticosterone) and resilience (DHEA) in their poop, we found that, regardless of the housing group, the training itself changed the hormones in a healthy trajectory,” Lambert said via the Washington Post. “Therefore, we found that driving training led to more resilient stress hormone profiles.”

Lambert told New Scientist that next her team will focus on how rats have the capability to learn how to drive and why it seems to alleviate stress. While some people claim that in the right context, driving can reduce stress, it's usually thought of as a stressful activity in humans because of  traffic, other bad motorists, and the pressure of having to get somewhere in time, among other stress triggers that can be bad for your health.

Another finding from the study also indicated that rats who were passengers, those driven around in remote-controlled cars, had higher stress levels than those that drove themselves.  As driverless cars are entering the market — and is expected as part of the future of transportation — it is worth asking if that's a useful innovation, if that will be more stressful than driving ourselves. While the idea of being driven around by a robot sounds interesting to some — to free up time to check email, rest our eyes, or do other multi-tasking — research suggests many of us wouldn't actually want to take advantage of it. A study published by University of Washington researchers stated that people would rather drive themselves than have an autonomous vehicle drive them because it would be more stressful.

"We believe that our respondents are telling us that if they were riding in an automated vehicle today, they would be sufficiently stressed out by the experience that it would be worse than driving themselves,"  Don MacKenzie, a UW associate professor of civil and environmental engineering, said in a media statement. "This is a reminder that automated vehicles will need to offer benefits to consumers before people will adopt them. To a first approximation, a ride-hailing service with driverless cars would need to offer services at a price at least $7 per hour less than human-driven cars, to make the driverless service more attractive."

At this point, too many factors could be affecting how a person feels about driving or being driven around. But if the rats' reactions are any indication, some of it has to do with the concept of reward and how much autonomy is afforded.